Sri Lanka : Is This The March To A Final Victory? 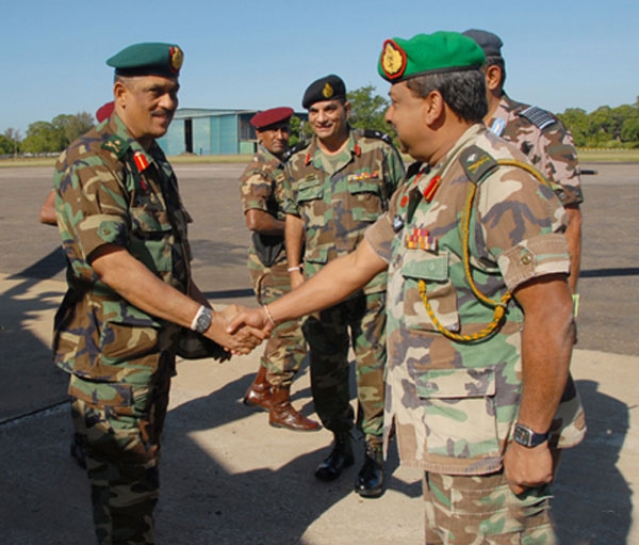 Is the Sri Lankan mandate the country’s, long awaited elusive, victory which includes political inclusiveness especially of minorities and a peaceful refurbishment of its economy?

As an old Indian Peace Keeping Force (IPKF) hand, my interest in Sri Lanka remains abiding. I never spare a moment to jot down my thoughts on trends and events in that beautiful island state.

It was in 2008-09 when Sri Lanka took upon itself to resolve its internal security problem in its own way, even as the rest of the world dragged its feet. The UN and rest of the international community worked overtime on peacemaking in various hot spots of the post Cold War world but found little time to resolve Sri Lanka’s problems.

The LTTE was adamant at finding solutions only through the gun even as many other organizations were keen to find solutions within the constitution. It needed a better treatment and positive integration of the minority Tamil. It required a vision to see Sri Lanka placed as a potential big economic player through inclusiveness, good governance and geo-strategic importance.

Unable to move the international community to assist it in this quest, Sri Lanka’s leadership bore the ups and downs of internal conflict. Ceasefires and weak attempts at brokerage of peace led it to decide to go for the military route of resolving its internal conflict.

It empowered its military, under General (now Field Marshal) Sarath Fonseka, to battle the LTTE in the latter’s bastion. Fonseka and his men systematically defeated one of the world’s deadliest militant/terrorist organizations. Using a combination of conventional warfare and irregular operations, the military isolated the leadership in the Mullaitivu area of Northern Sri Lanka and finally eliminated it.

Most observers who relate victory to subjugation of the adversary’s armed might have thought this was the end of the internal security challenges of Sri Lanka. It was further thought that it would be the beginning of Sri Lanka’s long delayed economic refurbishment based upon peace and tranquility.

However, the understanding of ‘victory’ has eluded the human race for many centuries and so did Sri Lanka’s military victory over the LTTE.

That said, Gen Fonseka’s doctrine has been brilliant while undertaking operations against the LTTE. He has displayed an ability to innovate better than, what I call the finest military innovators of the world, the LTTE. That, along with the backing and empowerment given by then President Rajapaksa, ensured the battlefield victory.

Unfortunately the tragedy of Sri Lanka as a nation was that the man who won it the military victory was not permitted to stay on to oversee the strategic, comprehensive victory which should have followed in its wake.

I had the pleasure to meet Gen Sarath Fonseka at the India Foundation’s seminar on Counter Terrorism in Jaipur in March this year. When offered the opportunity to ask a question after the General’s key note address, I asked him the following.

What would he (Gen Fonseka) have done to ensure that such a victory remains true to its term, had he stayed on as the victorious Army Chief? I need not detail his response which was on expected lines. The need to forgive and forget, integrate, change attitude towards minorities from pre-war to post-war and establish a road map for the nation as also for the minority regions to lead to maturing of aspirations. None of that happened.

The recent elections and the ones before this, in January 2015, appear to be positive dots in what may have been a bleak horizon if Mahinda Rajapaksa and his SLFP had won either of these. Why were these elections so important for the ultimate good of Sri Lanka and in turn for India? Seeking these answers needs a brief review.

The Tamil minority population of Sri Lanka was and probably is to the day, not an integrated population. Not recognizing its aspirations for an acceptable form of autonomy and self-rule led to different forms of political and cultural bullying. It then resulted in a break away sub national movement – one of the world’s most violent internal conflicts that ended in 2009 with the kinetic military victory for Sri Lanka’s armed forces.

For India turbulence in its small southern neighbor may have been of little significance except for the fact that the minority ethnic population at war with the government was Tamil and had huge affinity with our own Tamil population. Secondly, the geo-strategic position of Sri Lanka in relation to India’s interests in the Indian Ocean outweighs everything else. What happens in Sri Lanka is of deep interest to us and the least we can do is to ensure that unity is promoted. Internal fissures need to be mended so that no third party can exploit a situation against Sri Lankan and Indian interests.

We tried our hand at peacekeeping and then a more robust engagement of the LTTE when it refused to toe the line towards peace. Thereafter, and especially after the unfortunate assassination of former Prime Minister Rajiv Gandhi, it was hands off.

Perhaps our committed engagement with the Rajapaksa Government may have forced it on the path of post conflict reconstruction not only of the material losses but of hearts and minds of the Tamil population. But India’s questionable strategic outlook did not even consider it suitable to bid for the construction of Hambantota harbor – one of the most significant strategic assets in the Indian Ocean Region.

It was allowed it to be built by China which now has the liberty of moving its submarines in and out of it at will enhancing its strategic outreach.

In a visit to Colombo in 2014 I sensed something amiss. It was five years after the military defeat of the LTTE, long enough to visibly observe the signs of rapprochement. I took an analyst’s position and spoke to people in the street, many Tamils and many Sinhalese. I read the daily newspapers and watched television. It was the time when the leadership was under pressure from the UN Human Rights Council for human rights excesses in the closing stages of the military campaign in 2009.

India’s dilemma of taking sides was palpable. There was talk of a Truth and Reconciliation Commission and two ministers were on a visit to South Africa to study the method of rapprochement in that country after years of apartheid.

Yet, the majority community had not been prepared for the larger task of forgetting and accepting. A mature and strategically oriented leadership would have been less gleeful of its military ‘victory’ and more accommodating with the minority which was in a state of psychological paralysis.

The post conflict reconstruction effort would have seen a greater outreach to the international community and its institutions. No doubt India’s efforts were praiseworthy but this did not translate into enough balm on the wounds.

The mainline media was still caustic in its commentaries shooting down requests from a regional legislative assembly for the services of an international airport in the North or the East to allow the Tamil population and its diaspora the facility of traveling abroad directly instead of diverting first to the south.

In other words the material reconstruction partially met the requirements of the hour but the deeper hurt which could only be overcome through a psychological outreach was almost completely missing. Perhaps, if Fonseka had been in the right position his understanding and reputation may yet have resulted in the right advice.

Rajapaksa’s megalomania had reached outlandish proportions. In such a situation it is not long before another iconic militant leader arises and the entire cycle of destructive violence commences, with a break for the situation to progressively deteriorate.

The presidential election of January 2015 was two years earlier than scheduled. It was presumed by Rajapaksa and his United People’s Freedom Alliance (UPFA) that it would be a cake walk. Mistakes such as this are quite usual when effects of ill-defined victories are misread by political leaderships.

In the event, Rajapaksa lost the election to his former minister, Maithripala Sirisena who was put up by the opposition United National Party (UNP) led alliance. Sirisena formed a government of national unity in Mar 2015. But the confused state of politics in Sri Lanka with ruling and opposition parties having divisions within their ranks forced him to dissolve Parliament.

He set up elections which were conducted on 18 Aug 2015 in which Rajapaksa was once again put up as a candidate by loyal members of the UPFA. President Sirisena did not interfere in the process and as per his expectation Rajapaksa lost.

The Sri Lanka Freedom Party (SLFP) agreed to form a national government with the UNP for two years. Ranil Wickremesinghe was sworn in as Prime Minister on 21 August 2015. The business of political parties in Sri Lanka has ceased to be of significance today with greater emphasis on leaders. Clearly Sirisena has been able to lead Sri Lanka out of Rajapaksa’s dominance.

He could create greater consensus among parties and look towards a true national rapprochement. Perhaps a little early to conclude but Sri Lanka’s journey out of the hangover of military victory and now under the stewardship of consensus based leadership is the best thing that has happened in its political horizon in the last thirty or more years.

It may just be the march to the final elusive victory which Sri Lanka has been seeking, a victory which will be inclusive for its minorities. I wish one of my favorite nations the best of fortunes.