Statistical Correlation Undermines Unarmed Killings By Police Officials In The US 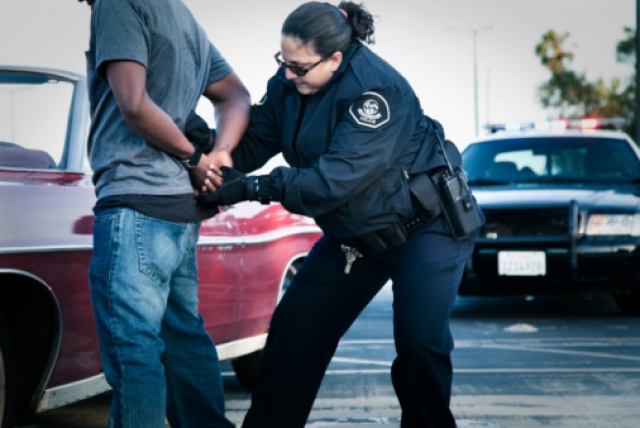 A bit before Thanksgiving, John Lott and Carlisle Moody of the Crime Prevention Research Centre released new research on race and police killings, finding, among much else, “no statistically significant difference between killings of black suspects by black and white officers.” It’s received a handful of light, friendly write-ups in conservative outlets while being ignored in the mainstream media.

That’s a shame, for two reasons. One, the study rewards careful, critical reading—I often found myself pausing to consider exactly how Lott and Moody had set up their analysis and what, precisely, we can infer from the results. And two, the authors freely posted their data online so anyone who wants to can reanalyse it.

To understand what Lott and Moody did, it helps to contrast their study with a widely reported previous one by Harvard’s Roland Fryer. Fryer had extremely detailed data on police interactions from Houston, including how the suspect behaved and whether he was killed. This allowed Fryer to answer the question: if a white suspect and a black suspect behave the same way, is the black suspect more likely to be shot? There are obvious problems with relying on data willingly provided by a single police department, but the results themselves were pretty easy to interpret. Fryer found no evidence of bias in lethal force—though, using different data, he did find bias in non-lethal force.

The Lott/Moody approach is very different. There are no data at all on non-lethal interactions; all their cases are incidents where people were killed. So what they do is look for correlations within those data, asking questions such as: Are white cops disproportionately involved in shootings of black suspects? Among people killed by white officers, are blacks more likely to be unarmed?

Probably the biggest limitation of the study is that while officers’ races play a prominent role in the analysis, Lott and Moody are missing that information in two-thirds of their cases—and the information they do have largely comes from media sources, which (as Lott and Moody concede) are far more likely to note an officer’s race if the officer is white. Therefore, the results may overstate the role of white officers in these cases.

Anyhow, on to said results. In general, there are clear patterns in the raw data, but they often go away when Lott and Moody add statistical controls.

For instance, Lott and Moody are not the first people to notice that suspects shot by black officers are disproportionately black. This doesn’t really mean anything by itself, because cities with higher black populations will tend to have more black suspects and more black officers, causing the two to cluster together in the data. But when Lott and Moody account for myriad other factors (such as the demographics of the city and the police department), there seems to be no relationship at all between the races of the officers and the races of the suspects they killed.

In another analysis, limiting the data to cases involving white officers, Lott and Moody look at the question of whether the suspect was armed. Again there’s a basic pattern that others have noted before: blacks shot by police are indeed more likely to be unarmed. But this, too, falls by the wayside when additional controls are added, such as whether the suspect was involved in a violent crime—though the authors suggest there is still some evidence of “rational discrimination,” as it seems that police kill more unarmed people in areas with high black populations and high violent-crime rates. “The more violent crime in the city, the more likely it is that officers will have experience with dangerous suspects who are likely to resist, fail to obey orders, or threaten other civilians,” they write.

When it comes to unarmed people killed by police, I always turn to Nick Selby, who collects detailed information on these cases in his peer-reviewed database and co-authored a book covering all of the incidents that occurred in 2015. He often emphasizes that “unarmed” is not the same as “not dangerous,” and that context is key to understanding each incident. When I asked what he thought of the study, he and his co-authors prepared a response saying that the results are basically consistent with their own. They noted, for example, that most killings of unarmed civilians begin with a member of the public contacting the police, not with an officer targeting and stopping a specific person of his own volition—and that the “ratio of black to white to Hispanic of unarmed people killed by police in this cohort … was identical to the ratio within the group stopped by police. There was no bias in selection by police that favoured blacks over any other group.”

Finally, some other interesting titbits from Lott and Moody:

· In the authors’ data, police killings shot up more than 25 percent between 2013 and 2015, driven especially by an increase in shootings of whites. The increase is not evident in the data collected by the FBI or CDC (both of which actually show a slight decline). The authors’ data are much more comprehensive than the government’s, which are notoriously spotty, but I suspect this partly captures the increased media attention paid to police killings over the past few years.

· Lott and Moody find no impact from body cameras, though the technology is fairly young and other research is divided.

Lott and Moody haven’t given us the last word on the issue, but they have given us a productive analysis and a new dataset worth exploring. Not only do they bring together information about fatal police violence (something also done by the website Fatal Encounters, the Washington Post, etc.), but they provide a lot of information about the police departments and cities involved. Vetting and building on this research should be a priority.