The Case For A Defence Cess Along With Economic Stimulus: It Will Send Strong Message To China 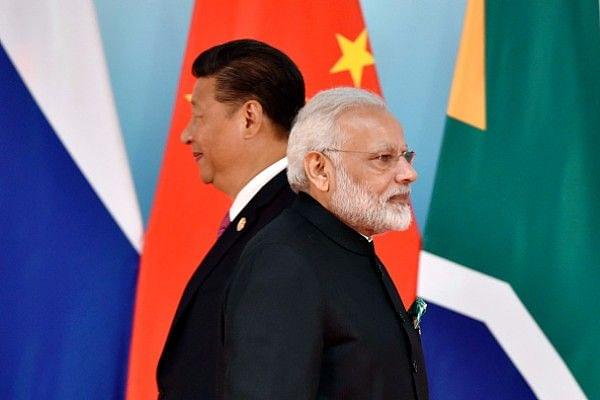 The S Jaishankar-Wang Yi talks in Moscow last week, which resulted in a five-point joint statement to cool things on the border, is not worth the paper it is written on. Its only merit, if we can call it that, is that by pretending that both sides are equally responsible for maintaining peace, it gives the Chinese a face-saver to claim it was not the aggressor, which it clearly was.

If the neutrality of the statement’s tone allows the Chinese to claim vindication and quietly withdraw its forces from points of ingress in Galwan Valley and the Chushul area, that would be good. But if it is intended to be an Indian acknowledgement that yet another move into territory claimed by us will be accepted as a fait d’accompli, it would be a disaster. The Chinese would have been rewarded by allowing them to push their borders forward by military intimidation that’s just below the threshold of war.

The Chinese have been playing this game for decades now, and the border talks have never gone anywhere beyond some protocols and “confidence-building measures” that actually never allowed any confidence to build. The reason is that China does not see a settled border as being in its interests. And as long as it perceives India as the weaker player, it will continue to do make gains, a few square kilometres at a time. It is only when it sees a war or near-war with India as unwinnable that it will see merit in demarcating the border clearly. The only confidence-building measure that sill work is a border treaty.

The Narendra Modi government has been clear, so far, that China can’t be allowed to get away with murder. It has banned apps and imposed some restrictions on trade and Chinese investments in India. But these efforts are far below a threshold of pain for the Chinese economy.

China believes that India’s dependence on its exports, from pharmaceuticals to mobile phones, and the significant incomes Indian exporters derive from selling bulk commodities to China, will force us to acquiesce in its salami-slicing policy of gradually taking up more territory. Our government knows this is what is happening, and thus the time to call this bluff is now.

If China needs to be given a stronger message on Indian resolve than what has been done so far, the government has to do more.

First, it has to signal that it is willing to take an economic hit in defence of its borders. This means it must have a clear policy to gradually reduce dependence on Chinese imports over, say, three years. This could include the promise of compensation for exporters who depend on the Chinese market, and incentives for bringing home the manufacture of products that are currently imported. The problem is that as long as Indian firms believe that the current tough stance on China may get reversed with a thaw in the border situation, no one will invest. The message that needs to be sent is that no matter what the outcome of the Ladakh standoff, as long as the border is not demarcated, there will be no resumption of normal trade. And even if there is normalisation, the manufacturing investments already made to substitute for Chinese imports will be insured against policy changes and compensated. The statement that needs to go out is that come what may, India will not allow our trade deficit with China to exceed 25 per cent of exports.

Second, and this is very important, we must indicate a huge increase in defence commitments. It may be a good idea to impose a defence cess or surcharge on all direct taxes almost immediately, as soon as the Covid-related stimulus is announced. The 15th Finance Commission is already looking into the idea of creating a non-lapsable defence fund carved out of the pool of divisible taxes – which states are objecting to – and the best way to do this would be through a long-term cess. The states can be mollified by being given a hike in their share of funds from the divisible pool, including freedom to use funds made available to them for implementing centrally-financed schemes wherever they want. These funds can go to states without being linked to specific types of spending. The cess will indicate a long-term willingness by India to take its defence seriously. If these cesses are complemented by massive increases in anti-dumping duties on Chinese imports, so much the better.

Three, a covert recall of all Indians now stationed in China will send a strong message that India is serious about defending its interests. Stricter watch on all Chinese media or China-returned Indian journalists and businessmen will additionally make it clear to the Dragon country that the gloves are off.

An advisory to all Indian media houses that no Chinese statement should be carried without the official Indian response to it is also warranted. Headlines should emphasise the Indian response and not the Chinese claims. The asymmetry in media communications, where the Chinese have access to Indian media but not vice-versa, has to be reduced and eliminated.

India may or may not have a war on its hands, but wars can only be prevented by a willingness to fight. A tendency to seek dialogue at any cost does not help this messaging. The right time to send this message of steely resolve is now. China should know that even an India that is down can pack a solid punch. Don’t mess with us.