The Changing Dynamics Of The India-China-Nepal Triangle 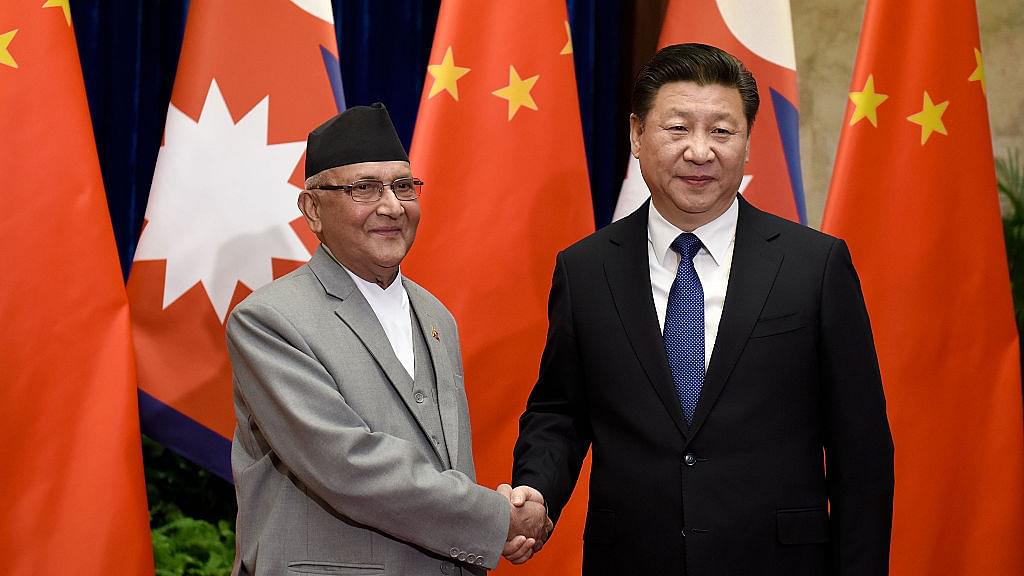 Nepal’s ambassador to India Deep Upadhyay has categorically said that the agreements recently inked by Nepali Prime Minister KP Sharma Oli and Chinese President Xi Jinping were not against India.

The ambassador sought to dismiss and play down the warmth growing between China and Nepal since the Madhesi agitation from earlier this year. “Nepal can not even think of doing anything against the interest of India,” Upadhyay said, “Surrounded by India on three sides, Nepal didn’t need to open up the fourth side along China because of inaccessible terrain. Now that Nepal suffered from acute crisis of cooking gas, medicine and petroleum, popular opinion in Nepal is in favour of exploring the fourth side up north opening into China. But that will be easier said than done. That is a far cry. When it actually happens, several other factors will be at play.”

When asked about Oli’s successful visit to New Delhi, Upadhyay added that India and Nepal are bound by ancient culture and religion. Ever since Nepal became a democracy, trade volume with India has increased approximately three times from what it was during the monarchy, said the ambassador.

“On the other hand, China is another economic giant. Neighbours can’t be chosen, can they? Why not take benefit from China too? It is in India’s interest that Nepal economically develops and prospers,” said Upadhyay.

Returning to the alleged China card played by Nepal and China’s gleeful reciprocation, the ambassador reasoned, “The agreements signed between China and Nepal are driven by the acute crisis of cooking gas and petroleum in Nepal. People had to make do without these basic necessities. China did help to mitigate the crisis. The help provided by China led Nepal to explore an opportunity to strengthen its economic relationship with China. There is no more to it than meets the eye.”

When asked specifically if Nepal would prefer supply of goods from China to supply of goods from India, he summarily dismissed the comparison saying, “How can there be any comparison between the two? India is a far cheaper option than China. There can’t be any comparison at all.” So where does that leave the agreements between Nepal and China? Is the posturing intended merely to mock India? Should New Delhi take it seriously?

Upadhyay said that Nepal is free to choose its own way and course. Ironically, India’s Ministry of External Affairs spokesman played the same tune: “Two thirds of Nepal’s global trade is with India,” he said, “and over 90 per cent of their exports/imports go through India. Millions of Nepalese live and work in India, and hundreds of thousands criss-cross the border every day.” However, it was hard to miss the underlying pique in the Indian foreign ministry’s statement that Nepal is “free to explore any practical option it wants” in its foreign relations.

Nepal’s Oli said that his country’s relationship with China was “as high as the Himalayas”, which he said symbolised friendship. Oli called China an “all-weather friend”, a term loaded with value for China’s strategic relationship with Pakistan, aimed against India.

Oli said that Nepal will actively participate in China’s Belt and Road initiative. Pakistan happens to be the other South Asian participant in the initiative. Oli’s visit to China has been a huge success. More significantly, warmth between Oli and Xi was hard to miss. Oli’s visit to India had been correct and cordial, but was conspicuously lacking in the usual warmth. China is offering its new “all-weather friend”, Nepal, energy and infrastructure deals, rail links, a free trade agreement and a trade and transit treaty — all with an eye on freeing Nepal from its dependence on India.

Oli’s visit to China and his exchanges with President Xi and Premier Li signal a geopolitical shift replete with strategic and political messages. Oli may have stuck to tradition by making his first foreign trip to India, despite the souring of India-Nepal ties. The relationship touched a new low after New Delhi was accused of backing a 150-day blockade conducted by protesting Madhesis. The violent blockade provoked Nepal to take the issue to the UN. China stepped into the breach with a deal to supply fuel.

Thus, an embrace by its giant northern neighbour was a huge morale booster for Nepal. And President Xi pulled out all stops. He favoured observer status for Nepal in the Shanghai Cooperation Organisation, where India and Pakistan are awaiting full membership, and stressed the importance of Nepal as a bridge between India and China.

Nepal’s neighbourhood policies vis-à-vis India and China are changing. So is China’s policy towards Nepal. New Delhi must now begin recalibrating its position. It can take its time because it won’t be easy.