The Dragon Is Cornered – Here’s What To Do Next 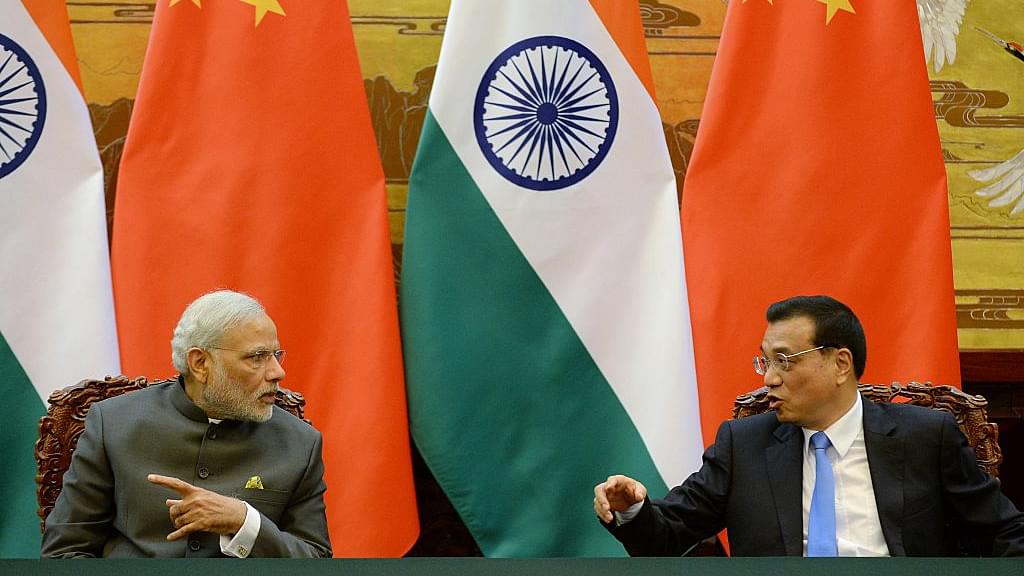 If there is any doubt that China, rather than Pakistan, is the biggest roadblock to India’s rise as a global power, just look at our northern neighbour’s actions. In an era when Islamic extremism poses the greatest threat to the world, Beijing has kept blocking India’s proposal to include Pakistan’s Maulana Masood Azhar in a United Nations blacklist of people linked to Al-Qaeda and the Islamic State. China is the only country among the 15-member UN Security Council to oppose the ban on Azhar, with even countries such as Saudi Arabia backing India.

Beijing’s move is happening in the backdrop of growing violence in its Xinjiang province where Uighur Muslims have launched deadly attacks on Chinese citizens. Uighurs are also known to operate in sync with Pakistani terror groups. So why is China resorting to short-sighted opportunism?

Indians loathe Azhar, who is accused of a string of attacks on Indian targets, including the Parliament building in 2001 as well the January 2016 attack on the Pathankot airbase. But for the Chinese, the Pakistani demagogue is no worse than the Dalai Lama, who they view as a dangerous enemy of the state. Beijing continues to treat India’s role in providing him asylum – after the Buddhist leader fled Tibet in 1959 with the help of the Central Intelligence Agency (CIA) of the United States of America(US)– as a great betrayal.

Some Indians have long held the belief that if the border issue is settled, China may one day become a friendly country. Also, because it is neither Islamic, Christian nor Western, Beijing does not pose an existential threat to India. However, China’s stance on Islamic terrorism that impacts India suggests India needs to take the Chinese threat seriously.

For China, Azhar is a mere tool to embarrass India. Curiously, India plays along, thereby providing Beijing the opportunity to use the terrorist mastermind to its advantage. Azhar’s outfit, the Jaish-e-Mohammed, is already on the UN sanctions list. Even if China steps back and allows the UN to ban Azhar, he’ll continue to operate freely as the UN cannot enforce the ban in Pakistan, where he’s a popular figure.

In this backdrop, Foreign Secretary S Jaishankar’s trip to China came with a sense of déjà vu. His protests about Azhar and the China-Pakistan Economic Corridor (CPEC) (that Beijing is building through disputed territories in Pakistan-occupied Kashmir and Aksai Chin) counted for squat in Beijing. It should be clear to all Indians that China sees India as a future competitor and potential threat. If India continues to grow at its current rate, its far younger population will give it huge leverage against a rapidly ageing China in the coming decades. Around 2050 – a blink in geopolitical timescales – as China’s population hurtles towards maturity, the country will find it difficult to find young people needed to run key sectors, especially the People’s Liberation Army which remains a conscript force.

Such scary scenarios are giving nightmares to the Chinese leadership. Unlike woolly headed Indian liberals – who populate Lutyens Delhi – the Chinese think at least a hundred years ahead and plan for the next 50. By provoking India over issues such as Azhar, it keeps New Delhi mired in South Asian conflicts, preventing New Delhi from playing in the big league – such as the Middle East and Asia-Pacific.

For Beijing, there is a quid pro for letting Pakistan off the hook on terror. For instance, Islamabad’s membership of the Organisation of Islamic Cooperation could shield China from criticism over Beijing’s crackdown in Xinjiang, where Muslims are even banned from fasting during Eid and children under the age of 18 cannot enter mosques. Again, in the Non-Aligned Movement, Pakistan has pushed back against efforts by the Asean nations to chastise China for its aggression in the highly contested South China Sea.

To be sure, China’s Faustian Bargain with Islamic terrorists comes will have a payback. According to an Al Jazeera report, “For nearly two decades, Uighur militants have been training and fighting in Afghanistan and Pakistan with the Taliban and other Central Asian groups, much to the anger of the Chinese. More recently, Uighurs have started attacking security forces in Xinjiang itself, usually with knives and clubs rather than explosives or Kalashnikovs.”

More ominously, Uighur militants have spread into Thailand, Malaysia and Indonesia – countries that are critical for China's national security. Last year Uighurs carried out a deadly explosion which killed 20 people at a Bangkok shrine that was packed with Chinese tourists.

Even in Pakistan, its “all-weather friend”, the Chinese aren’t safe from Muslim terrorists. In May 2016, a Pakistani separatist group planted a roadside bomb in Karachi, as a Chinese engineer and his driver passed by, injuring both.

Islamic terrorism could threaten China’s pet Silk Road project and its offshoot – CPEC. “Most countries along the One Belt, One Road initiative have security problems,” says Li Wei, a terrorism expert at the China Institutes of Contemporary International Relations, which is associated with China’s Ministry of State Security. “If we can’t solve the problems, it will influence the promotion of One Belt, One Road. It means the projects will have high risks.”

However, Beijing believes it has a get-out-of-jail card. Like it has done in Tibet, the Chinese have flooded Xinjiang with the majority Hans, reducing the Uighurs to a minority. Also, the province – with a population of 10 million people – is in the country’s western extremity, too far for the rebellion to affect the Chinese heartland on the east coast. Just like India believes the unrest in Kashmir does not prevent its rise towards great power status, Beijing also believes the Uighur conflict can be contained within arid and desolate Xinjiang.

What India can do

First up, India needs to push back by exporting high-octane weapons to China’s neighbours. Beijing has made much hue and cry over talks between India and Vietnam over the BrahMos supersonic missile which could be a game changer in the South China Sea.

India also needs to conduct more military exercises with Japan and the US in Asia-Pacific waters. President Donald Trump has strayed from the tried old US script of sucking up to China and has declared he intends to increase defence spending and build at least 60 more warships – the majority of which will be deployed in the Pacific. The Chinese cannot afford an encirclement by the US, Japan and India. It would be the ultimate nightmarish scenario for the dragon.

Beijing is known to send feelers towards India whenever it feels cornered by the US. During Jaishankar’s visit – that came in the backdrop of Trump’s aggressive taunts at China – it seemed to be once again talking peace. It’s a ruse to buy time. Indian diplomats should learn to shed their traditional reticence when it comes to taking on China. If much smaller countries like Vietnam and Taiwan are not awed by dragon fire, there is no reason for India to back down. With Agni-V missiles now pointed at the heart of Beijing and Shanghai, the dragon is no longer a fire-breathing threat.