The Twenty-Fifth Year Of ‘Black Wednesday’: From ERM To Brexit 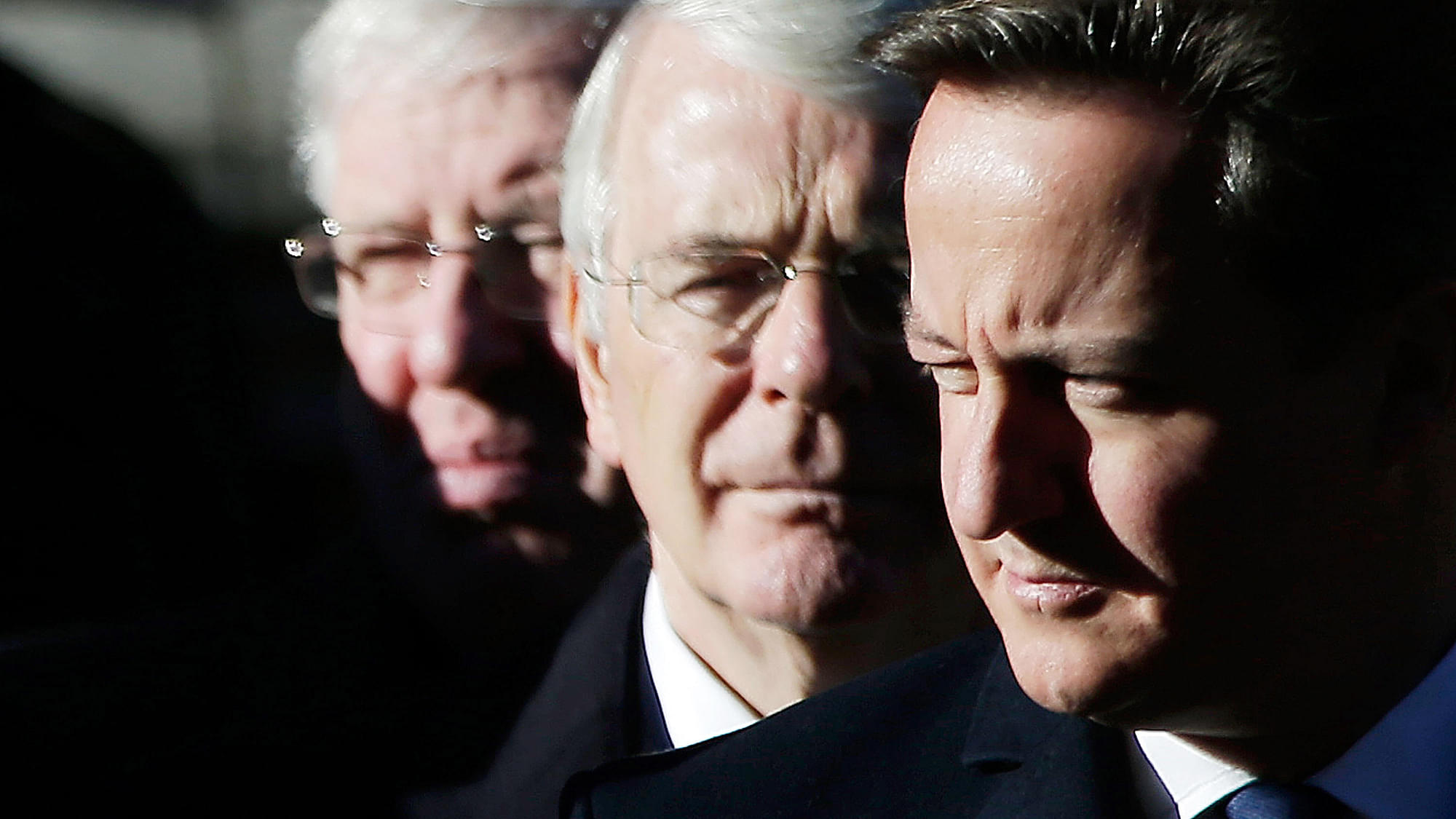 British Prime Minister Theresa May will fly to Florence this Friday to set out her vision of post-Brexit Britain in her most important speech since the Lancaster House speech in London this January, in which she set out the broad principles of UK’s negotiating position. By choosing Florence and not London May wants to speak directly to the people of EU and highlight that Britain is leaving the EU and not Europe and that it will always strive to seek closer relations with the people of Europe. People on the continent (and indeed in this country) are fed distortions of UK’s negotiating positions on Brexit as presented by the overwhelmingly pro-EU media. Prime Minister May has rightly chosen to correct that. The UK should be doing more to explain its position and this speech is a step in that direction.

This month also marks the twenty-fifth anniversary of the UK leaving the Exchange Rate Mechanism (ERM, the precursor to the Euro). 16 September 1992, the day Britain left the ERM came to be known as ‘Black Wednesday’ for the market turmoil and the losses it caused to the UK Treasury. Arguably the event also marked the beginning of the exit of the UK from the EU.

The decision to join the ERM was championed by John Major, who was the Chancellor of the Exchequer in then prime minister Margaret Thatcher’s cabinet. As per the rules that governed the ERM, member countries agreed to fix their exchange rates with each other. Since Germany had the strongest economy in Europe, each country set their currency’s value in Deutschmarks (DM). The exchange rate was allowed to fluctuate in an acceptable band of +/- 6 per cent of the agreed upon rate.

In October 1990, Britain finally entered the ERM at an exchange rate of 2.95 DM/GBP. Britain was obliged to keep the exchange rate in the 2.78 to 3.13 DM/GBP range. Shortly thereafter, Major replaced Thatcher as prime minister and fixed exchange rate system was the centre piece of his economic plan to combat inflation in the economy. With British monetary policy now tied by the exchange rate agreement, the government couldn’t play with the money supply and to a certain extent, the policy worked. Between 1990 and 1992, inflation decreased from 9.5 per cent to 3.7 per cent.

In 1992, however, Britain started sliding into recession due to falling house prices and an end to the past economic boom. Unemployment spiked to 12.7 per cent from just 7.7 per cent two years prior. If Britain had not been part of the ERM it could have had full control of its monetary policy and cut interest rates to deal with the crisis. But in this case, doing so would push the pound’s value below the agreed upon ERM range for DM/GBP. With government’s hand tied, the people were left to deal with a recession. As economic conditions worsened, high inflation and deteriorating economic activity made GBP less attractive, and it kept falling to its lower limit in the ERM. The British government was bound by the rules of the ERM to protect the value of the pound from breaching the agreed upon limits. It had only two options to do so:

However, both these policies of protecting the value of the pound was aggravating UK’s already serious economic downturn. High-interest rates at one point reached 15 per cent (albeit for less than 24 hours) particularly hitting the housing market hard. With rising rates, mortgage repayments became unaffordable and default rates increased. Combined with rising unemployment from the recession it only made conditions worse.

Britain was left with no option but to leave the ERM, a decision that was hastened when British pound came under speculative attack by the likes of hedge fund manager, George Soros. The British pound was devalued but not before the government had tried unsuccessfully to hold on to stay in the ERM. In the run-up to the devaluation, the British Treasury kept spending its foreign currency to keep British pounds propped up to meet the ERM guidelines. By mid-morning on ‘Black Wednesday,’ the selling of the pound was so intense that the Bank of England (BOE) was buying £2 billion of sterling an hour. Jim Trott, former chief dealer for the BOE, described the day as “stunningly expensive”. The cost to British taxpayers was estimated at roughly £3.3 billion.

In hindsight joining the ERM proved to be a disaster for the UK and leaving it started a glorious decade and half of growth and prosperity. Britain was in control of its monetary policy once more; the pound was devalued, helping to pull the economy out of recession.

Prime minister Thatcher suspected a Europhile plot to force sterling into a single currency and had long opposed entering the ERM, insisting that the markets set the price of the pound. She was proven right.

So who were the advocates of ERM?

Michael Heseltine: “Entry into the ERM will provide a clear demonstration that we are determined to put our economy right” (11 October 1989)

Neil Kinnock: “ERM membership will provide a monetary sheet-anchor for the British economy with the potential for the greater exchange rate stability and greater interest rate stability, which are the critical ingredients of sustained growth” (10 April 1990)

The Financial Times: “Mr Major needs to take sterling into the ERM to add some credibility to the disinflationary policy of a government already under formidable pressure to lower rates of interest” (28 September 1990).

Gordon Brown: “Let no one, absolutely no one on the Conservative benches, try to peddle the misleading statement that the Labour party is not committed to playing its full part within the workings of the ERM and ensuring that it bears down on inflation. We were committed to the ERM well before it became fashionable on the other side of the House. We understand the disciplines that are involved” (26 February 1992).

Notably, they all are opposed to Brexit this time around.

Manish holds a B.Tech degree in Chemical Engineering from the prestigious Indian Institute of Technology (IIT) Mumbai, MSc in Finance & Management from Cranfield School of Management UK and is a Chartered Financial Analyst (CFA) charter holder.

He is currently Chief Investment officer (CIO) at Crossbridge Capital, overseeing $3bn in multi-asset investments. Prior to this, he has worked at Societe General Corporate & Investment Bank (SGCIB) in London and Paris and at UBS Investment Bank in London and Hong Kong in Quant equity research, investment management, and derivative structuring roles. Manish has over 14 years of experience in financial markets and is a very sought after name for comments on global markets and economy. He gets interviewed regularly on CNBC and Bloomberg TV.