Third Phase Of The War Begins As Ukraine Finally Launches Much Awaited Counter-Offensive: What Does It Mean On The Ground? 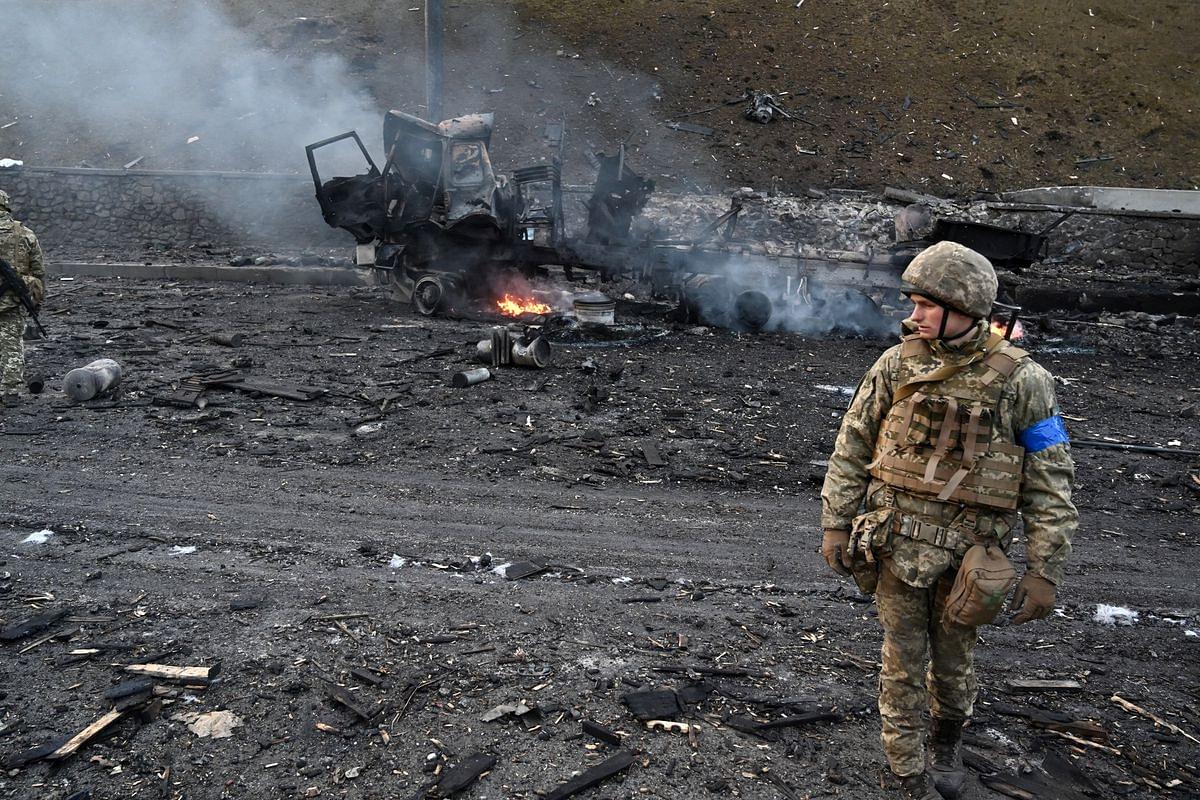 On Monday afternoon, Nataliya Humenyuk, a spokesperson for Ukraine’s southern command uttered the words which many have been waiting to hear.

Ukraine has begun its counter-offensive. The counter-offensive is occurring in several directions in the south, a region over which Russia seeks to establish its firm control and cut off Ukraine from the sea, making it a land locked country.

The announcement came after a video came into the public domain showing a soldier from Russian-administered Donetsk proclaiming that the Ukrainian forces have broken through.

So what exactly has happened?

It appears that the Ukrainian forces have broken through the first line of Russian defences on the northern side of Kherson city.

Breaking through the first line of Russian defences is good news but the true test lies ahead and that test is penetrating the second line.

The second line of Russian defence relies less on infantry and more on mobile mechanised units.

If Ukraine succeeds in accomplishing this goal, it'll be troublesome for 20,000-25,000 Russian troops who are deployed on the river's western bank as it'll leave them with limited means of retreat.

If Ukraine seeks to regain Kherson, it is important to reach the west bank of the Dnieper before Russia has a chance to get reinforcements over the river.

Ukraine's commitment to the counter-offensive is proportionally related to the arms America provides it.

For the past two months, Ukraine has been using American-supplied HIMARS rocket launchers to destroy brides over the Dnieper.

The goal was to disrupt the supplies of ammunition and other heavy equipment to Russian forces.

Although social media was rife with such videos, it isn't clear if Ukraine was able to successfully damage the supply lines in such a manner that would put Russian forces in Kherson in a vulnerable position.

The HIMARS were used for 'shaping' operations, which is a technical term used to describe preliminary attacks which have the intent of softening up enemy's defences prior to the launch of an offensive.

Now, as the counter-offensive has begun, Ukraine isn't using the HIMARS just for attacking logistics and common hubs.

In fact, the Ukrainian military have confirmed that now for the first time, HIMARS are being used in tactical battlefield operations to strike on enemy infantry and other frontline defences of the enemy.

Steady supply of these rockets is essentials for Ukraine if it is to posses any realistic chance of gaining some success in the counter-offensive.

The frontlines have remained by and large stagnant in the two months since. Reports indicate that now we are heading into the third phase of the war.

Ukraine estimates it has discovered a chink in the Russian armour - Kherson.

“The occupiers should know: we will oust them to the border. To our border, the line of which has not changed," said Volodymyr Zelenskyy, the Ukrainian President.

John Kirby, US national security spokesperson, said that Ukraine's actions have already "had an impact on Russia’s military capabilities” because it is forcing Moscow to divert resources to the region from the east of the country.

Russia’s state-owned news agency Ria Chas reported that the defence ministry in Moscow has acknowledged that Ukrainian troops attempted an offensive in the southern Mykolaiv and Kherson regions.

"A senior official in Nova Kakhovka told Ria that civilians had been ordered to take refuge in bomb shelters," as per reports in newspapers.

The Russian defence ministry claims that Ukrainian forces have sustained significant casualties and that the "Ukrainian offensive attempt has failed miserably."

There has been a buildup of Russian troops and equipment in the region. Western intelligence assessments believe that Russia is planning an offensive of its own as the war enters into ints third phase.

Ukrainian officials have told reporters that Russian forces are strong in the region – and even though morale is low among their ranks, this isn't going to be easy fro Ukraine.

Ukrainian officials claim that their operation is “a planned slow operation to grind the enemy."

“This process will not be very fast, but will end with the installation of the Ukrainian flag over all the settlements of Ukraine,” they add.

Russian positions in the region have been under artillery barrage for weeks and cut off from their supply lines.

Ukraine’s ability to conduct its claimed counteroffensive has been enhanced due to the supply of weapons by America.

However, the Pentagon “remained cautious about whether Ukraine’s current military capabilities were sufficient to make significant gains," read a report from the NYTimes.

Why Kherson? According to multiple reports, Russia plans a referendum designed to give credibility to Moscow’s claims that people of Kherson and other parts of southern Ukraine wish to be part of Russia.

"The time for a counter-offensive is now," is the sentiment in Kyiv.

Fears that European support could fade as the impact of high energy prices begins to take hold, changing weather – the likelihood of rain, which will make the countryside muddy and far harder for ground troops to traverse, all these factor only strengthen the sentiment in Kyiv.

What happens now? Well, success in any operation to regain Kherson will break a long period of deadlock.

It would persuade Western allies that the economic pain they are going through is worth it. It would pursue them that they must continue to provide the arms and funding to Ukraine that Ukraine needs as it is having a real world impact on the ground.

If the attack fails, Russia’s plans to bring the southern region of Ukraine under its full control would be reinforced and Ukraine's morale would suffer.