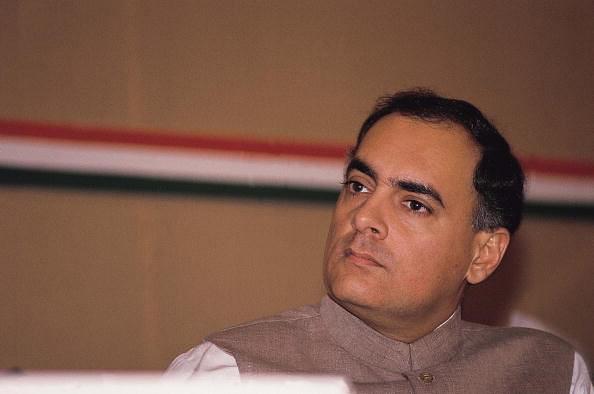 That Nepal’s traditional ties with India have been deep need no repetition. Over the centuries, shared religious, cultural, and civilisational tenets have cemented ties between the people of the two countries.

But post-Independence, it was Jawaharlal Nehru’s supercilious attitude towards Nepal’s monarchy that heralded a strain in ties between the two countries.

Nehru’s socialist inclinations, and his proximity to leftists, dictated his coldness towards Nepal’s kings, who Hindus in both the countries considered to be incarnations of Bhagwan Vishnu.

Repeated attempts by Nepal’s kings to reach out to India were rebuffed by Nehru, who viewed the Hindu monarchs with considerable anathema.

Nepal-watchers have chronicled how, after being repeatedly rebuffed by New Delhi, Nepal’s kings slowly turned towards China. Ironically, it was to ward off China’s expansionism that the monarchs in Kathmandu wanted to strengthen ties with India. Nehru viewed the monarchy as anachronous in his world-view, more so since Nepal was a Hindu rashtra.

However, after Nehru’s death, there was a course correction of sorts by Lal Bahadur Shastri and then by Indira Gandhi. But the Nehruvian mindset with its inherent antipathy towards the world’s only Hindu nation still persisted within India’s diplomatic and policy establishments.

Many Indian Foreign Service (IFS ) officers from the early post-Independence era down to the early 1970s were left-inclined, and a sizeable number were camp followers of V K Krishna Menon, a diehard communist who is often blamed for the 1962 debacle.

Those diplomats kept on working against Nepal’s monarchy and supporting anti-monarchy forces in that country.

The ham-handed and overt support to anti-monarchy forces in Nepal by New Delhi at that time sowed the early seeds of distrust among Nepal’s ruling elite as well as the country’s civil society towards India. That also seeded the oft-repeated accusation by Nepalis of Indian interference in Nepal’s internal affairs that is heard very regularly now.

But the real fracture in ties between the two countries was inflicted by Rajiv Gandhi.

He inherited, to a large extent, Nehru’s world view and also fancied himself as a statesman who would usher in democracy in Nepal.

Accounts of those who were part of the Ministry of External Affairs (MEA) during and immediately after Rajiv Gandhi’s tenure as prime minister (1984-1989) say he had envisioned himself as a champion of democracy and wanted to leave his imprint on the global stage.

However, his visions of diplomacy, strategy and world affairs, and his complete naivety, led to many disasters.

The biggest was, of course, the Indian Peace Keeping Force (IPKF) misadventure in Sri Lanka.

Suu Kyi had lived for many years at the 24 Akbar Road bungalow that was to become the Congress party headquarters later. She was a close friend of Rajiv Gandhi and Sanjay Gandhi and the three were often seen together at Rashtrapati Bhawan for riding lessons from the President’s Mounted Bodyguards there.

Rajiv Gandhi’s hostility to Nepal’s monarchy came out in the open after his visit to Kathmandu in December 1988.

That was his second official visit to Nepal, the first being a little over a year earlier to attend the South Asian Association for Regional Cooperation (SAARC) summit there.

Rajiv Gandhi was accompanied by his wife and wanted to visit the Pashupatinath Temple in Kathmandu.

The temple management conveyed to the Indian embassy that while Rajiv Gandhi was welcome, Sonia Gandhi would be barred entry since she was not a Hindu.

Rajiv Gandhi took up the matter with King Birendra Bir Bikram Shah and requested the king to ensure that Sonia Gandhi would also be allowed entry into the mandir.

The king declined Rajiv Gandhi’s request and told the Indian prime minister that the temple’s traditions were inviolable.

Rajiv Gandhi was angry and Sonia Gandhi appears to have never forgotten the insult. It is widely believed that she was behind Rajiv Gandhi’s decision to impose a blockade on Nepal (read this).

The ostensible reason for the blockade was the expiry of bilateral trade treaties between the two countries, but analysts say the real reason was two-fold.

One was Nepal’s purchase of anti-aircraft guns and other arms from China.

And the second and more insidious reason was Rajiv Gandhi’s desire to teach Nepal a lesson for the perceived slight to his Catholic wife.

“It is well known that Rajiv Gandhi was ill-disposed towards Nepal’s monarchy and he had met pro-democracy leaders during his visit to Nepal in November 1987 for the SAARC summit. The Pashupatinath incident made him vengeful towards the king. The support that RAW started extending to Nepal’s anti-monarchists, including the Maoists, is very well known,” said a former Indian ambassador to Kathmandu.

On Rajiv Gandhi’s instructions, RAW got all anti-monarchy forces together and won over Maoist leader Pushpa Kamal Dahal (aka Prachanda).

The whole ‘topple monarchy’ operation that Rajiv Gandhi ordered was a hare-brained one, say South Asia experts. That’s because Nepal’s Maoists who India sheltered and aided were essentially pro-China, and this came out in the open once they assumed power.

Despite the help they got from India, the Maoists and communists of Nepal had no love lost for India.

And on the other hand, the monarchy, sensing a threat from the India-supported pro-democracy movement, also sought help from China.

Beijing was more than willing to provide that help and support. It was a win-win for China, with no gains at all for India. And Rajiv Gandhi is to be blamed singularly for that.

For the people of Nepal, the blockade that created enormous hardships and crippled the country’s economy led to acute anger against India.

This anger intensified due to India’s overt interference in Nepal’s internal affairs: the open support given by New Delhi to the country’s pro-democracy and anti-monarchy movement.

India was seen as a bully and this image perpetuated itself because of a series of blunders that India has been committing in Nepal.

India’s foreign affairs establishment has, irrespective of the party in power, continued with Rajiv Gandhi’s policy of interfering in Nepal’s internal affairs. The 2015 blockade of Nepal and New Delhi’s attempts to force Nepal to amend its draft Constitution that year to accommodate the concerns of the Madhesis was another interference in Nepal's internal affairs.

The same communists that Rajiv Gandhi actively encouraged to overthrow the monarchy are today pitted against India and are taking Nepal into China's orbit. And once they declared Nepal to be a secular country after the fall of the monarchy, Nepal's ties with India have only weakened.

The setbacks that India is facing in Nepal today can be attributed directly to Rajiv Gandhi and his policies. And also to his grandfather Nehru whose Himalayan blunders have been extensively documented and commented on.