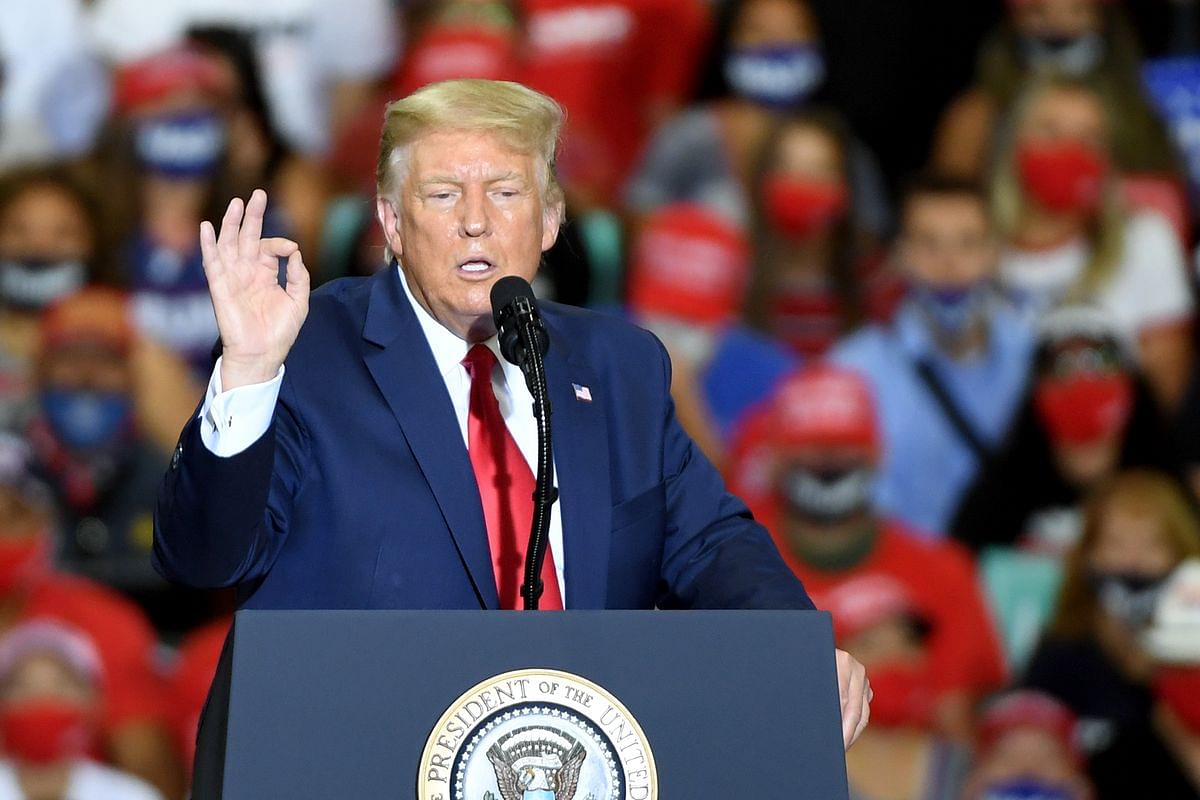 Houston, Jan 30 (PTI) Former US President Donald Trump has said that if he returns to the White House after the 2024 election he will ensure the participants of the January 6 Capitol Riots are treated fairly, and may even consider the prospect of a pardon for deserving cases.

Speaking at the mega 'Save America' rally in Conroe, Texas, on Saturday, Trump said: 'So many people have been asking me about it: (yes) if I run and win (2024 Presidential election), we will treat those people from January 6 fairly.'

'We will treat them fairly. And if it requires pardons we will give them pardons. Because they are being treated so unfairly,' the 75-year-old former president said to thunderous applause from thousands of Republican supporters.

The January 6, 2021 Capitol Riot was the most serious attack on the seat of the US government, since the War of 1812.

Rioters assaulted policemen, destroyed public property and sent lawmakers scurrying for cover as an attempt was made to stop the smooth transfer of power to Democrat Joe Biden who had won the 2020 Presidential Election.

In the aftermath, over 700 people have been arrested and charged with federal crimes, opening the biggest investigation in American justice system's history. The charges vary from intentionally injuring police officers to conspiracy and seditious conspiracy.

Over 100 police officers were injured in the attack and five people, including rioters, died in it.

Trump has repeatedly faulted the current dispensation for its probe into the attack.

On Saturday, senior Texan Republicans cheered on Trump to mount a comeback campaign to the Oval Office.

Each mention of Trump drew loud laudations from the crowds, showing his sway in this southeastern state.

Miller touted himself as the first statewide official to endorse Trump for 2024 and said Republican candidates everywhere should be asked about it, suggesting it would reveal 'who the real patriots are.' 'I don't know what's happening in 2024, but I have a feeling if 45 wants to be 47, America will lift him up again,' Patrick said. Trump was the 45th US President.

Later, Patrick introduced Trump as 'the 45th and soon-to-be the 47th president of the United States.'

Trump has not announced whether he will be running again in 2024 but has teased a potential return.

At the rally, he repeatedly attacked the Democrats, President Joe Biden in particular. He promised Republicans that he would 'kick the Biden crime family out of the White House in 2024.'

Meanwhile, Republican candidates ahead of the March 1 primary election in Texas jockeyed for Trump's support, as statewide officials are facing challengers.

Among them is Gov. Greg Abbott, who faced some boos when he was introduced to speak before Trump.

Gohmert was in attendance and Trump singled him out as a 'wonderful guy' and a 'friend of mine from day one.'

Prior to the rally, Trump made a stop at the George R Brown Convention Center in Houston as a part of Donald Trump Jr's 'American Freedom Tour'.