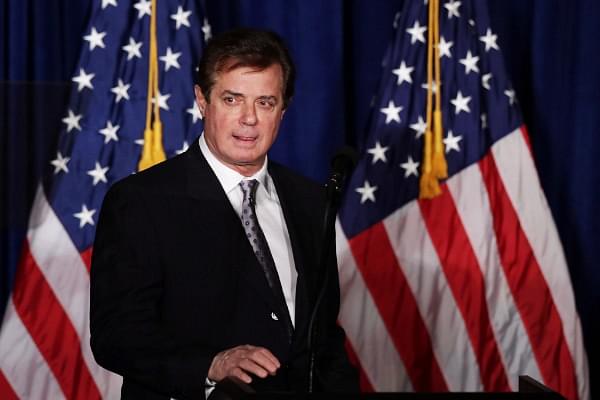 With the bank fraud and tax evasion trial of Paul Manafort, former Trump campaign manager, concluded — Manafort being found guilty on a number of the charges — the focus will soon shift to the substance of his work on behalf of various pro-Russian oligarchs from Ukraine and violations of the Foreign Agent Registration Act (FARA).

Manafort’s alleged violations of FARA in the Ukrainian context, such as failing to register as a foreign agent, are not novel. In fact, they are eerily similar to his previous work in the 1990s for a seemingly innocuous organisation, the Kashmir American Council (KAC).

Although KAC claimed to be a grassroots advocacy group, it was a front organisation established by Pakistan’s Inter-Services Intelligence (ISI) Directorate to tilt United States (US) policy in South Asia towards Pakistan.

Manafort received $700,000 for his lobbying work on behalf of KAC.

The Manafort trials, therefore, provide a stark reminder that some countries inimical to the US are trying to illegally influence and interfere with US policy. In this regard, Pakistan has been incessant in its use of proxies to manipulate and intervene in US policy for decades.

In many ways, Pakistan’s use of Manafort and KAC served as a blueprint for the current case of foreign interference.

Private meetings with State department and White House officials, elaborate conferences on Capitol Hill, and lobbying of American congressmen was the return on Pakistan's nearly four million dollar secret investment in KAC for 20 plus years – an investment that came via “straw” American donors, often in brown paper bags of cash – who were then “reimbursed from secret accounts in Pakistan.”

The two biggest beneficiaries of Pakistan’s Inter-Services Intelligence (ISI) and KAC’s largess were representatives Dan Burton (R-IN) and Joe Pitts (R-PA), known for their support of Pakistan and vocal criticism of India through their dissemination of pro-Kashmiri separatist propaganda amongst other things. Burton, the erstwhile co-chair of the Pakistan Caucus, went as far as founding the House Kashmir Caucus.

A former senior Pakistani official indicated that there was no doubt that Manafort knew of the ISI’s support of KAC, and that he personally met with Manafort and Syed Ghulam Nabi Fai to “review strategy and plans.” Manafort, however, never registered to directly represent Pakistan for his work on Kashmir.

While Manafort escaped censure, KAC executive director, Syed Ghulam Nabi Fai, was convicted in 2011 of violations of FARA for conspiring to act as an unregistered agent and illegally lobby on behalf of Pakistan.

Manafort’s activities in conjunction with KAC, however, were likely only the tip of the iceberg and part of a broader ISI strategy to illegally influence US policy in South Asia.

In May 2018, a Pakistani national and US resident, Nisar Ahmed Chaudhry, pleaded guilty for failing to register as a foreign agent of the Pakistani government. And the ISI hasn’t stopped there.

According to several Indian media reports, the ISI has now been funding another purported advocacy organisation in the US, Sikhs for Justice (SFJ), which has been promoting the violent Khalistan separatist movement in India.

The Khalistan movement seeks to carve out an independent Sikh state from the Indian state of Punjab. Long supported by Pakistan, it has led to the deaths of 21,631 Indians via bombings, assassinations, kidnappings, selective killings, and massacres.

Western soil has further been used by supporters of Khalistan to plot terror activities, including in Canada where Sikh terrorists carried out the 1985 bombing of an Air India flight that killed all 320 passengers on board. Just a few years ago, the FBI arrested a Sikh extremist, Balwinder Singh, in Reno, Nevada, for providing material support to groups planning terrorist attacks in India and falsifying an asylum claim.

While the vast majority of Sikhs in the diaspora have focused on advocating for genuine concerns about civil rights, hate crimes, and discrimination, a small fringe minority, according to South Asian analyst, Christine Fair, “has provided diplomatic and financial support for the Sikh insurgency in the Punjab. It has enabled Pakistan to become more involved in separatist efforts. Sikhs in Canada, the UK and US have arranged cadres to travel to Pakistan.”

Not surprisingly, these fringe diasporic Khalistan supporters have also evolved over the years and formed highly sophisticated advocacy groups, cloaking their separatist agenda behind the veil of human rights and self-determination in India.

While their advocacy for justice for the victims of the tragic 1984 anti-Sikh riots in India and demands for accountability is absolutely critical, their efforts have gone well beyond that. Their social media footprint reveals separatist messages replete with violent images, threats against Indian officials, and the glorification of dead terrorists as “martyrs.”

SFJ’s current 2020 referendum campaign, aimed at separating Punjab from India, has reportedly been supported by Pakistani military intelligence. Based in New York City, SFJ has actively advocated for this campaign throughout the country and sought to influence U.S. policies towards India, including through the Tom Lantos Human Rights Commission, the U.S. Commission on International Religious Freedom, the State Department, and other government bodies.

SFJ even reportedly had a hand in the formation of the Congressional American Sikh Caucus.

Though the stated intent and work of the Sikh Caucus has primarily focused on addressing issues of accommodation, hate crimes, and discrimination, it has at times veered into giving a platform to pro-Khalistan speakers and narratives.

More disturbingly, SFJ has openly associated with convicted terrorists and those suspected of being involved in large-scale terror plots in India. For instance, it funded the legal defence of Jagtar Singh Tara, a leader of Babbar Khalsa International (BKI), a State Department designated terrorist organisation.

While SFJ’s activities in and of themselves are extremely worrisome, they are symptomatic of a larger problem – Pakistan’s meddling in India’s sovereignty and American foreign policy.

As the Manafort trials continue to unfold new revelations, we need to remember that the prospect and reality of foreign interference in American affairs extends well beyond Russia, China or Iran.

One need not look any further than Pakistan, whose meddling appears to have no end in sight.