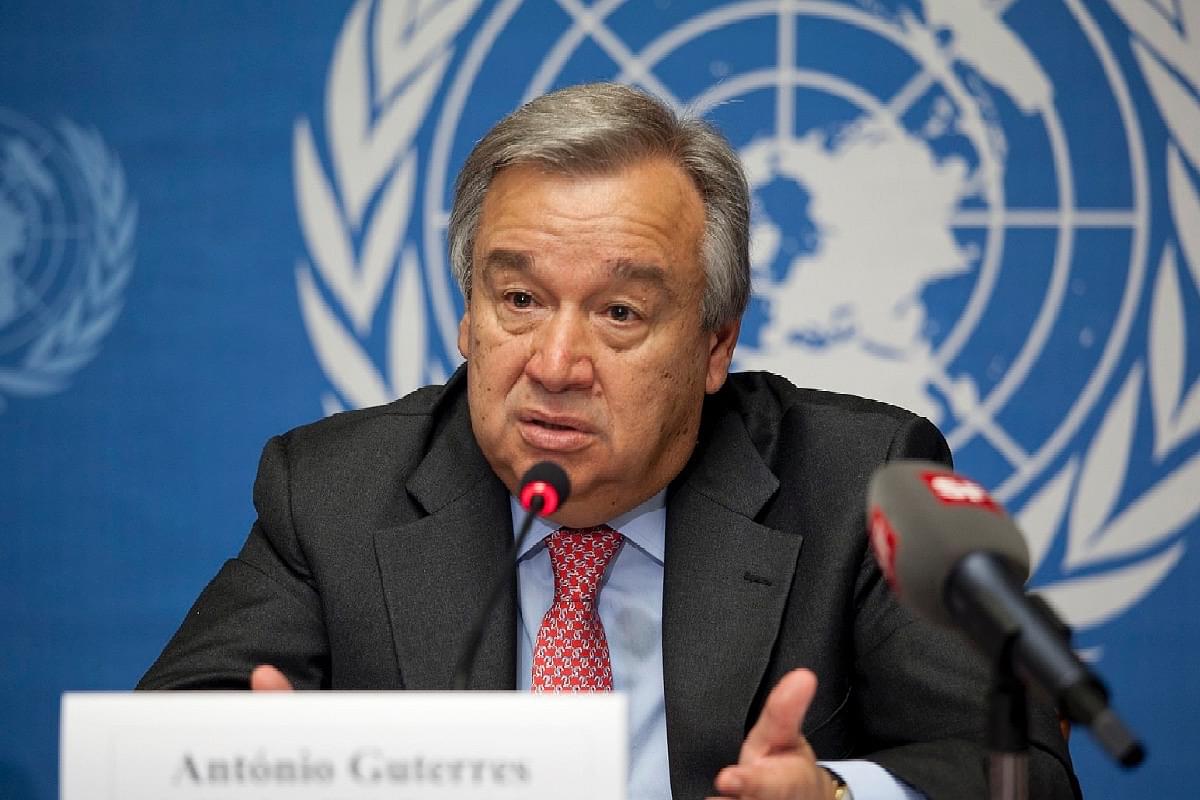 United Nations, Oct 18 (PTI) UN Secretary General Antonio Guterres has said that he fully supports Prime Minister Narendra Modi’s remark to Russian President Vladimir Putin that this is 'not an era of war', emphasising that all efforts towards creating conditions for a solution to the Ukraine conflict under the UN Charter and international law will be 'very much welcomed.'

Speaking to PTI here ahead of his visit to India, Guterres also said he is 'very concerned” with escalation in the Russia-Ukraine war, “especially when escalation causes a large number of civilian victims, obviously it only worsens what is already a very difficult situation.'

'And of course, all efforts that can be made in order to create conditions for a solution, a solution in respect of the UN Charter and international law, will be very much welcome,” Guterres said ahead of his three-day visit to India starting Tuesday.

This is his first visit to the country since he commenced his second term in office in January 2022. Guterres had earlier visited India in his first term as the UN Chief from October 1-4, 2018.

During a bilateral meeting with President Putin on the sidelines of the annual summit of the Shanghai Cooperation Organisation (SCO) in Samarkand in September, Prime Minister Modi underlined the importance of “democracy, dialogue and diplomacy” while calling for an early cessation of hostilities in Ukraine.

'I know today's era is not of war. We discussed this issue with you on phone several times, that democracy, diplomacy and dialogue touch the entire world,” Modi had said in his first in-person meeting with Putin since the Ukraine conflict began in February.

Early this month, Modi had a telephonic conversation with President of Ukraine Volodymyr Zelenskyy, during which he had “expressed his firm conviction that there can be no military solution to the conflict and conveyed India’s readiness to contribute to any peace efforts.”

When asked if conversations around the Ukraine war are expected to come up during his interaction with the Indian leadership during his visit to the country, Guterres said “we have been very active in a very discreet way, because I don't believe in megaphone diplomacy”.

He referred to the efforts for the release of civilians from Azovstal, agreement in relation to the Black Sea initiative for exports of Ukrainian food, as well as the Memoranda of Understanding with Russia in 'which we are doing everything to make sure that Russian food and fertilizers have unrestricted access to world markets and that the collateral damage of sanctions, even if the sanctions do not apply to food and fertilizers, is entirely removed.”

He said “we have been working very hard” with the US, European Union, UK and with others and “I believe that we will achieve important results on that and we are open to go on looking for the areas in which we can be useful and hoping that one day we will be able to contribute to peace in line with the values of the Charter that we are supposed to uphold.”

The Black Sea Grain Initiative is the agreement on the resumption of Ukrainian grain exports via the Black Sea amid the ongoing Russia-Ukraine war.