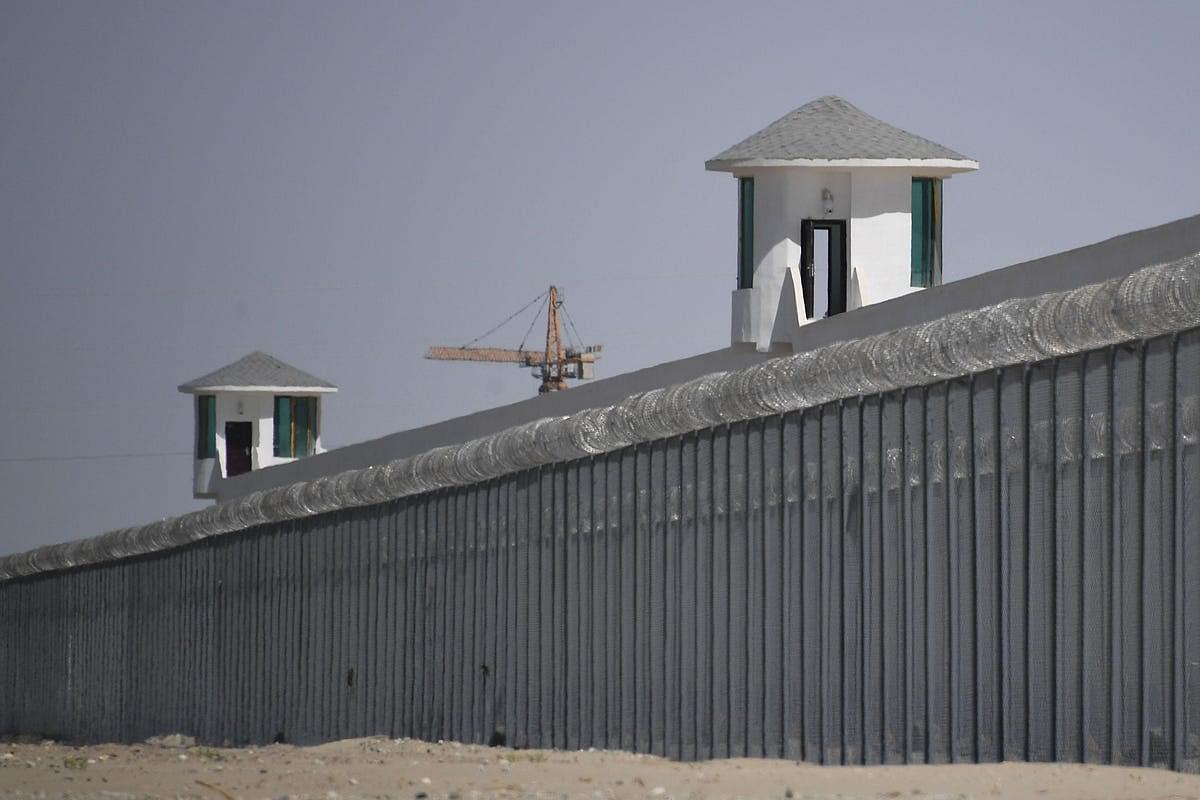 A detention camp in Xinjiang

United Nations, Feb 6 (PTI) UN Secretary-General Antonio Guterres has told the Chinese leadership that he expects Beijing to allow the world body’s human rights chief to make a “credible visit” to China, including Xinjiang where the country is facing serious rights violations against Uygur Muslims.

Guterres, who was in Beijing to attend the opening ceremony of the 2022 Winter Olympics, met Chinese President Xi Jinping and State Councilor and Foreign Minister Wang Yi on the margins of the games.

China had said last month that UN human rights chief Michelle Bachelet is welcome to visit Xinjiang, where Beijing faces serious human rights allegations against Uygur Muslims, after the Winter Olympic Games to promote cooperation and not an investigation based on the “presumption of guilt”.

The readout said that facing the “dramatic challenges of the pandemic, climate change and the multiplication of conflicts,” the Secretary-General underscored the importance of unity and solidarity in a multilateral framework bridging geopolitical divides.

Chinese Foreign Ministry spokesman Zhao Lijian had said that an invitation to the UN human rights chief was extended a long time ago and the two sides have been maintaining communication.

“Our position is consistent and clear. The purpose of the visit is to promote exchange and cooperation, not investigation based on the presumption of guilt. We oppose anyone using this for political manipulation to pressure China,” Zhao had said.

China launched a diplomatic offensive to mobilise world leaders to attend the February 4 opening ceremony of the Winter Olympics as the US, the European Union and several western countries announced a boycott of the event by their diplomats to highlight the allegations of human rights violations in Xinjiang, including the incarceration of over a million Uygur Muslims in camps.

China defends the camps, describing them as re-education centres aimed at de-radicalising sections of the Uyghur Muslim population from extremism and separatism campaign carried out by the East Turkistan Islamic Movement (ETIM).

Indian diplomats did not attend Friday’s opening ceremony of the Beijing Winter Olympics.

China fielded Qi Fabao, the regimental commander of the People’s Liberation Army (PLA), who was injured during the June 2020 border skirmish with Indian soldiers in the Galwan Valley in eastern Ladakh, as a torchbearer for the Games Torch Relay.

Following this, India on Thursday announced that its chargé d’affaires in the Indian embassy in Beijing will not attend the opening or closing ceremony of the 2022 Winter Olympics over China honouring a military commander involved in the Galwan Valley clashes as its torchbearer for the mega sporting event.

The Human Rights Watch has said that the 2022 Beijing Games was officially launched against the backdrop of Chinese government crimes against humanity targeting Uyghur Muslims and other Turkic communities.