Was The Non-Aligned Movement Ever Relevant for India? 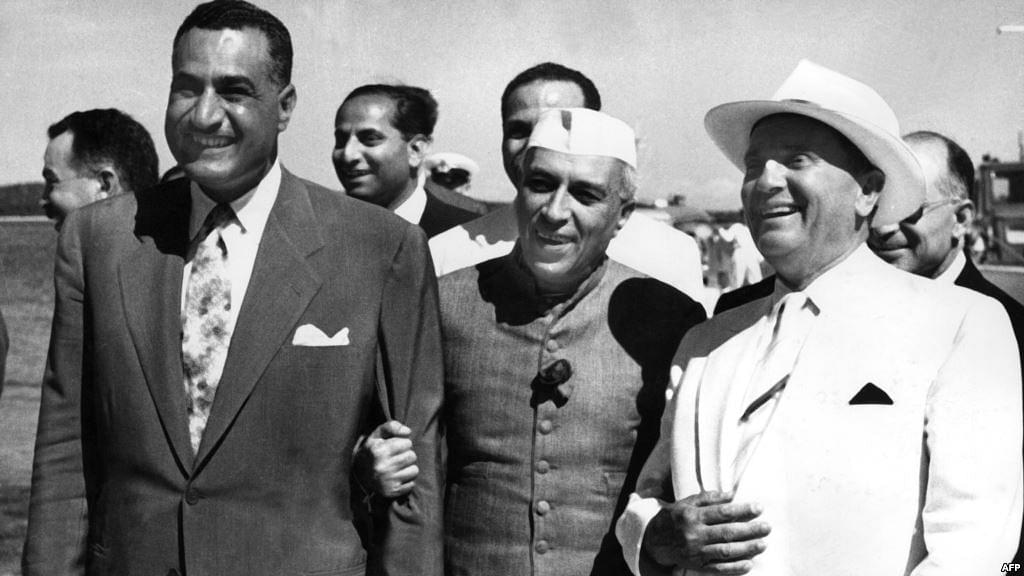 It is a widely held belief that the Non-Aligned Movement (NAM) was highly relevant for India and its foreign policy interests during the bipolar era of the Cold War and that it has, since the 1990s, lost this relevance in a unipolar international order.

It is true that NAM played an important role during the Cold War years in furthering many of the causes that India advocated: decolonisation, end to apartheid, global nuclear disarmament, ushering in of new international economic and information orders, etc. But what is generally ignored is the fact that NAM was more or less irrelevant for India in terms of helping to protect and promote its security and interests – the principal criterion by which the utility of a multilateral group should be measured.

NAM’s lack of utility for protecting and promoting India’s security and interests is clearly demonstrated by the diplomatic positions adopted by member countries during the various wars in which India has been involved. On each of these occasions, NAM members invariably adopted diplomatic positions that were not favourable towards or supportive of India.

To begin with, during the 1962 War with China, Ghana and Indonesia – two of the co-founders of NAM, along with India – adopted explicitly pro-China positions. Ghana, which had developed close economic ties with China, even cautioned the United Kingdom against giving military aid to India since it might “aggravate the unfortunate situation”.

In general, most countries of NAM adopted even-handed positions and refused to unequivocally condemn China’s aggression. Astonishing as it may sound for realist ears, Indian leaders and officials were simply dismayed at the behaviour of their nonaligned partners. That dismay also extended to the so-called Colombo states which had put forward the Colombo Proposals. In the light of this experience, the official history of the 1962 War wryly noted the serious limitations of Afro-Asian solidarity, a statement that, by extension, also reflects on the Non-Aligned Movement.

Three years later came the 1965 War with Pakistan. Again, Indonesia not only adopted an anti-India position but also supplied some arms to Pakistan. NAM members from West Asia, including Saudi Arabia, Jordan, and Kuwait, adopted pro-Pakistan positions. Overall, India had no active supporters and few sympathisers in the world at large. As The Indian Express noted in an editorial at that time, “we do not seem to have many friends abroad”.

The worst, of course, came during the 1971 War. Egypt, Saudi Arabia, Libya, Kuwait and other Arab states were all fiercely pro-Pakistan. Egypt’s position was particularly dismaying to India, given that it was even unsympathetic to the massive refugee problem that India confronted. If India was disappointed about the diplomatic positions adopted by NAM members from West Asia, the situation was only slightly better in South East Asia. Indonesia once again stood against India and it even compelled a more sympathetic Malaysia into backing Pakistan.

Overall, most NAM countries adopted anti-India diplomatic positions. This was starkly evident during the vote on the UN General Assembly Resolution of 7 December 1971 calling for a ceasefire and withdrawal of forces. Of the total of 129 members of the UN at that time, 104 countries voted for the resolution, which was unfavourable for India and its position that only the establishment of an independent Bangladesh would put a stop to the brutal repression unleashed by the Pakistan military in East Pakistan and create the necessary condition for the return of the 10 million refugees from Indian territory. Only 11 votes were cast against the resolution, with almost all of these coming from the Soviet Union and its satellites. The brutal fact is that most NAM members stood completely opposed to India during the 1971 War.

The one exception to this rule was the diplomatic positions adopted by several NAM members during the Kargil conflict. Indonesia, Iran, Saudi Arabia and South Africa highlighted the importance of peaceful dialogue under the Simla Agreement as well as maintaining the Line of Control inviolate. However, the decisions of these countries did not flow from NAM solidarity. Instead, their decisions were a function of the new international diplomatic outreach that India had initiated in the early 1990s as well as in the wake of the 1998 nuclear tests.

In the light of such lack of support from NAM members for India at critical moments in its history, it is astonishing that the dominant view so far has been that NAM was deeply relevant for India during the Cold War years. In reality, the only use NAM had for India was during the 1970s and 1980s. During this period, NAM served as a forum to channel India’s deep dissatisfaction with the international order, characterised as it was by economic, political, and nuclear hierarchies. It was through NAM that India articulated the call for a new international economic order that would cater for the special needs of the developing countries. Similarly, it was through NAM that India articulated the call for a new world information and communication order to provide a greater voice for developing countries in global communications. NAM also served as a forum for India to articulate its views on global nuclear disarmament and the discriminatory nature of the global nuclear order at the centre of which stood the Nuclear Non-Proliferation Treaty.

As we now know, all of these were failed causes that did not acquire any purchase and have since been abandoned. India in particular, but also most other NAM countries, have integrated themselves to varying degrees within the liberal economic order and have benefited from it. India today is a member of the G20 and its rising economic profile has contributed to the greater resonance of Indian popular culture around the world. In addition, India has declared itself as a nuclear weapons power and has for all practical purposes abandoned the call for global nuclear disarmament. Even India’s dissatisfaction with the nuclear order has waned in the wake of its accommodation into global nuclear commerce and the very real prospects of it becoming a member in various nuclear and dual-use technology cartels. The only dissatisfaction with the international order that India continues to nurture is with respect to a permanent seat on the UN Security Council. Even in this case, India has sought to assuage itself by gaining verbal assurances from almost all the countries of the world.

Further, since the end of the Cold War, India has become a key member of various multilateral groupings: BASIC (Brazil, South Africa, India and China) for protecting and promoting its interests on climate change; G4 for pushing through reforms of the UN Security Council; G20 for managing the world economy; BRICS (Brazil, Russia, India, China and South Africa) and IBSA (India, Brazil and South Africa) to enhance economic coordination with countries that are similarly placed; and ASEAN-centred institutions, the Shanghai Cooperation Organisation, and Russia-India-China grouping for pursuing political and security interests.These engagements in multiple forums for varying economic, political and security purposes have, in the words of Shashi Tharoor, made the Non-Aligned Movement “largely incidental” to India’s pursuit of its national interest since the end of the Cold War.

In sum, the Non-Aligned Movement was not relevant for promoting India’s important national interests during the Cold War years. And since the end of the Cold War, India’s increasing integration with international economic, political and security structures has led to NAM losing even its earlier limited usefulness as a vehicle for articulating India’s dissatisfaction with the international order.

S. Kalyanaraman is Research Fellow at the Institute for Defence Studies and Analyses, New Delhi.