We Don’t Need No ‘Apology’… 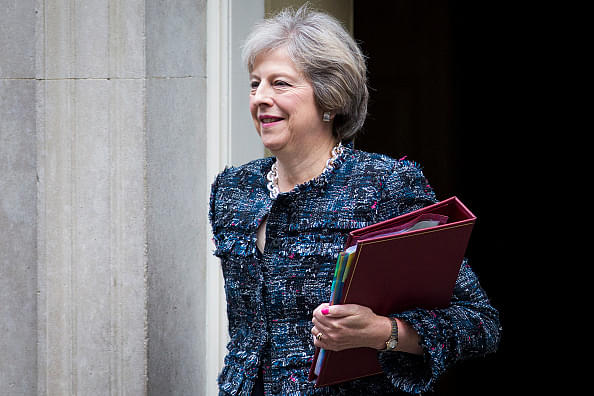 British Prime Minister Theresa May recently expressed “deep regret” in the British Parliament over the Jallianwala Bagh massacre on 13 April 1919 in Amritsar.

Opposition Labour Party had called for a “full, clear and an unequivocal apology”. The UK Sikh Federation said it was “very disappointing” that May did not apologise.

In India, Punjab Chief Minister Amarinder Singh termed the expression of regret as “inadequate” and said that nothing short of a formal apology from Britain will do.

Some years back, Member of Parliament Shashi Tharoor had demanded that the UK government make amends for the British rule in India. According to him, "what it required is accepting the principle that reparations are owed. Personally, I'd be quite happy if it was one pound a year for the next two hundred years, after the last two hundred years of Britain in India."

Any demands made to the British government for apologies over the Jallianwala Bagh massacre, or any other incident, or for overall British rule as such, have one fundamental flaw.

It gives a blatantly false sense of closure to a period of shame and indignity, a humiliating phase of our history that is of immense significance to India as a nation and as a civilisation.

Asking for an apology is gross trivialisation of what happened to us, rather of what we allowed to happen to us.

Are we also going to demand an apology from the Portuguese for Goa, from the French for Pondicherry, and the Dutch for Chandannagar?

And if we do get an apology from them, so what!

If British government were to give a sincere apology for Jallianwala Bagh massacre, then does it imply that we are happy with everything else about the British rule in India?

If they apologise for the British rule, would it make us feel happy and restore our pride in ourselves?

The Jallianwala Bagh massacre happened in India, in Amritsar, and the firing party, led by General Dyer consisted of 90 Sikh, Gurkha, Baluchi and Rajput soldiers from the 2nd/9th Gurkha Rifles, the 54th Sikhs and the 59th Sind Rifles.

These were not British soldiers fighting an enemy. These were men of our land, who allowed themselves to be led and ordered to fire upon their own people.

If an apology is required, we need to apologise to ourselves, for being gullible and stupid and weak, for being a divided nation, for not being united and strong enough to defend ourselves from a tiny country whose size was a fraction of ours.

We were a great civilisation, with immense riches, in material and spiritual terms.

How this once powerful nation of ours allowed itself to get reduced to a “third world” country by a small country of limited resources but armed with tremendous ambition and willpower, and unlimited guile and statecraft, is a subject which is too deep, hurtful, and multidimensional, to be explained here.

Individuals live for decades, a few beyond hundred years. Nations exist in their borders maybe for a few centuries. Civilisations exist in order of millenniums.

When compared to other civilisations like Egyptian, Persian, Greek, Mayan, Inca, Aztec, or Roman, the Indian Civilisation is an exception in terms of continuity, and the richness and level of evolution.

The attacks on India for over 10 centuries have weakened it, but we have survived, and thrived, for the foundations are strong.

India is regaining its stature on the world stage, slowly but steadily.

As we slowly emerge from the deep hole we have dug for ourselves, we need to introspect.

We have to understand why and how we allowed ourselves to be robbed and plundered by marauders and looters, by force or by guile, and have the future generations learn these, and never forget again.

The task of nation building is a long haul, is arduous and never ending.

We need to build structures and institutional mechanisms so that what happened once, never happens again.

China gets it, and is dedicated to rebuilding its nation and civilisation. It is not by accident that they have grown to a superpower who can rival US. They have learnt their lessons well, and we need to learn ours.

Asking for apology is a stupid act, exposes our lack of self-esteem and need for Western approvals and empty and vacuous gestures.

It is as stupid as the charade of Commonwealth Games, where a group of former slave nations come together every four years to celebrate the period of slavery and are headed by the Queen, who happily ruled over the colonies.

It is no accident that Israel, whose territory was also ruled by British, never applied to Commonwealth. British imperialism never took root in mainland China as it did in India.

If it is any consolation, the response of Prime Minister Narendra Modi, which can be considered as the formal response of the nation, to the Jallianwala Bagh massacre centenary, was appropriate to the occasion. He tweeted, “Today, when we observe 100 years of the horrific Jallianwala Bagh massacre, India pays tributes to all those martyred on that fateful day. Their valor and sacrifice will never be forgotten. Their memory inspires us to work even harder to build an India they would be proud of.”

Thankfully, there is no demand for apology in this tweet.

The only appropriate and worthy response to this history of shameful and humiliating period is for us to create a future which is glorious and worthy of our potential.

Anything else is a distraction.