What Does Modi Want From Netanyahu? 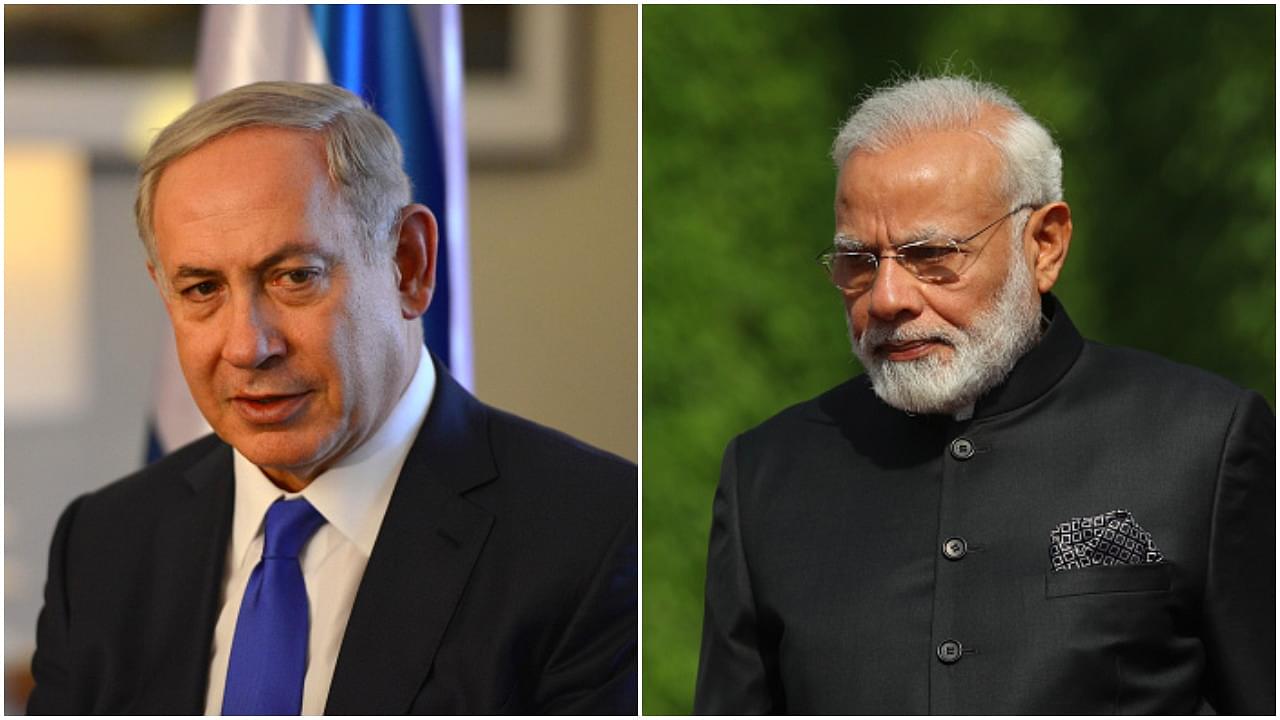 Modi had given whatever Israel had aspired for and even more. A prime ministerial visit! A standalone visit! No customary trip to Ramallah! A de-hyphenated policy towards the Arab-Israeli conflict! Not seeking a Palestinian state with East Jerusalem as the capital! Occasional breaks from the traditional voting pattern in international forums! Getting the relations out of the closet! Seeing Israel as a partner and not as a ‘mistress'! And willing to be a ‘friend' of Israel and the Jewish people!

The stakes are high. Some of his domestic critics see it as adventurism. Many would want his gamble to fail.

But what does Modi want by making this trip to Israel?

The Indian leader is not in Israel for photo ops. Not for the usual memorandums of understanding with umpteen ministries and companies. Not just for a guided tour of Yad Vashem Holocaust Memorial or the most revered Jewish site, the Western Wall. Not merely to visit the memorial for the fallen Indian soldiers in the First World War while liberating Haifa from the Ottomans.

Nor is he going to be there to announce some special package for the Indian diaspora. Or to announce the establishment of an Indian cultural centre in Israel. Nor he is going to present himself as a peace maker. He is not going to be a messenger between Israel and its neighbours in the region or beyond. Nor is he seeking ideological comfort with the ruling coalition in Israel. Prime Minister Modi might accomplish all these and might even pull off some surprises.

But does he need to go to Israel to accomplish these? The answer is an emphatic NO. Prime Minister Modi is not going to Israel for symbolic or sentimental reasons. Much of these goals can be accomplished at the bureaucratic level or by the ministries concerned. One does not need a prime minister of a country to sign or preside over business contracts.

What then, Modi wants from Israel and its leadership? As an observer from a distance, it is possible to visualise the most important agenda in Modi’s shopping list: technology.

Israel's uniqueness lies in its technological expertise. Its innovations are widely recognised even by its Arab adversaries. These include both in military and civilian realms. While the conventional focus is on the military, Israel has established a name for itself in a wide range of specialised technology including waste management and reprocessing, desalination, reclaiming desertification, waste water recycling, farming, animal husbandry, primary and secondary health, biotechnology, Nano technology, skill development, etc. With demonetisation and e-payment, cyber security is no longer a security agenda but a challenge to a wider section of Indian economy including banking, e-commerce, taxation, financial transactions and protection of Aadhaar biometric data. Staying one step ahead of the organised crime syndicate is not going to be easy.

Technology is even more pertinent in the military-security arena. Wars are no longer conventional and are fought far away from the border areas and in financial and information centres. Crippling a power station or airliner is far more devastating than skirmishes along the border. The allegation of Russian interference in the US presidential election, for example, is primarily a security challenge than a political controversy.

Technology cooperation also minimises some of the problems facing Israel in capitalising the opportunities available in India. For example, while it has water management technology, Israel lacks the skill and size to be part of the ‘Clean Ganga Mission’. It is simply beyond its capacity and would have to collaborate with a third country if it wishes to be a part of cleaning the 2,500-kilometre long river. Technology cooperation would also enable both countries to undertake joint development projects in third countries, especially in Africa.

Like individuals, countries also subscribe to knowledge-is-power logic and are extremely reluctant to share their knowledge. Most of them are willing to give away technologies and skills that are no longer needed because they have scaled up their domestic scientific base. Israel has an additional concern, namely, boomerang effect. It has apprehensions that technology shared with friendly countries might fall into the hands of its adversaries and could be used against the Jewish state. This became an issue recently, when US President Donald Trump ‘shared' sensitive information about the Islamic State with Russia. When he visited India in September 2003, Ariel Sharon flagged his concerns in his meeting with prime minister Atal Behari Vajpayee.

Technology transfers largely happen in one of the two ways; by clandestine and illegal means or commercial procurement. The former is cheaper but would be insufficient to transform the economic fortunes of a country. The latter route is sensitive and costly. Modi will have to guarantee Israel that technologies acquired by India would be safe and would not fall into ‘wrong’ hands, inside or outside the country. Some can be transferred through government-to-government agreements. But there are no free lunches, and much of the transfer will have to be through the commercial route. Modi should, therefore, be prepared to pay the cost of the technologies critical to India. This would mean Indian companies, both public and private, will have to invest in hi-tech companies in Israel. Are they ready and willing?

Technology transfer will be Modi’s prime expectation vis-à-vis Netanyahu agenda and will determine the success of his visit to Israel.