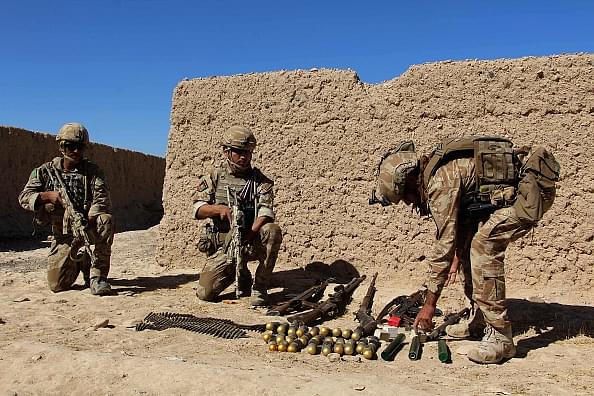 For the past 15 years, the US has spent hundreds of billions of dollars and sacrificed the lives and welfare of tens of thousands of its soldiers to fight a war against terrorism.

Tactically speaking, the US intelligence community and the US military have certainly had their fair share of triumphs. Hundreds of terrorist leaders within the Al Qaeda network have been killed on the battlefield, including Osama bin Laden; international financial institutions have become far more knowledgeable about interrupting and freezing terrorist transactions; and more states in the Middle East and Asia understand that when it comes to keeping their people safe, nipping terrorism in the bud within their own societies is as important as dropping bombs.

Yet like in all wars in history, the war against terrorism cannot be measured strictly on the basis of tactics and statistics. We need to zoom out and evaluate the strategic outcomes of our efforts since 9/11. The Institute for Economics and Peace provides some valuable data in its latest Global Terrorism Index, and the report’s conclusions should be taken seriously by counterterrorism scholars and practitioners.

Among the major findings of the report:

Looking at the larger picture, one comes to several thematic conclusions that are generally missed by the mainstream media whenever a large terrorist attack occurs.

One, terrorism should increasingly be seen as a crude, common weapon on the battlefield rather than a spectacular, unprecedented event. While mass-casualty attacks on civilian targets in France in 2015 and 2016 and in Belgium in 2016 should undoubtedly cause worry among intelligence professionals, we also shouldn’t lose sight of the fact that extremist organisations across the jihadist spectrum continue to perceive terrorism as one of their most effective tactics during wartime.

In an ideal world, every terrorist would be killed, captured and prosecuted. But in reality, this is an unachievable objective. US officials must prioritise based on which groups directly threaten the security of the US, which groups are problems that regional powers can and should confront in coordination with one another, and which can be outsourced to local actors, who have a greater stake in defeating them than a nation half a world away.

Secondly, the war on terrorism continues to be a war that cannot be won in the strictest definition of the word. The axiom that terrorism is a tactic and that a nation cannot win a war against a tactic is a prescient observation, based on the data that the Global Terrorism Index provides us. When terrorist groups like Boko Haram are under military and financial pressure on their home turf, they often take the path of least resistance, vacating that region rather than fighting the government to keep it. Combating Boko Haram specifically and terrorism in general, we cannot rely solely upon the US Air Force and the Green Berets to swoop into the area and kill the leaders and foot soldiers. Unless governments build up the capacity to improve the lives of their people socially, politically and economically, terrorists will always have an opportunity to regroup.

Finally, the data should prompt policy-makers in Washington to question not only whether their strategy needs revision, but whether they are spending the right amount of money on the right things.

Budget allocations for the Department of Homeland Security (DHS) have increased markedly. President Barack Obama’s 2017 budget request of $66.8 billion is a whopping 65 per cent more than what Congress permitted the DHS to spend in 2006; inflation accounts for just a third of that growth. The US intelligence budget for fiscal year 2015, meanwhile, was $50.3 billion. Even after adjusting for inflation, that’s more than was appropriated in 2006, when more than 160,000 US troops were conducting two wars simultaneously.

America’s military interventions in Iraq and Afghanistan over the past 15 years, both of which were marketed as a way to strike back against the evils of Al Qaeda and international terrorism, have also been terrible returns on our investment. Although the true cost of both conflicts is hard to pinpoint – researchers at Brown University believe that $4 trillion has been spent when taking into account health-care costs and entitlement benefits for US soldiers years after the wars will have ended – there is no debate that American taxpayers have been asked repeatedly to fund regime-change missions that US officials thought were the cure for terrorism.

Toppling national governments and replacing them with new administrations, armies, and police forces proved to be far more expensive than economists and planners realised; according to the Special Inspector General for Afghanistan Reconstruction, the US Congress has allocated about $64 billion since 2002 for the Afghanistan security forces alone. Congress continues to appropriate $3 billion a year for the Afghan army and police force to essentially keep up a stalemate against the Taliban insurgency. The invasion and occupation of Iraq, the ultimate regime-change mission, is a similar story – $23 billion to recruit, train, and advise the Iraqi security forces.

With so much money being spent, the American people have the right to ask whether toppling governments and rebuilding nations from scratch is the most efficient way to keep America safe. The results so far, with the Taliban slowly capturing more districts from the Afghan government and the Iraqis still dependent on US airpower to fight the Islamic State – not to mention the tens of thousands of US soldiers either dead or injured over a decade and a half – suggest it is not.

The past 15 years are a reminder that even the best, brightest and most dedicated counterterrorism and intelligence professionals in the world continue to learn on the job. The key takeaway from the Global Terrorism Report is that an increase in US defence spending has not ended, and will not end, terrorism. If the next administration wishes to improve upon the record of its predecessors, it must begin to look the world as a whole in a clearer light, with a constant reminder of what the problem is and what it is not.

Daniel DePetris is a fellow at Defense Priorities.