Why Bangladesh ‘Denied’ Visa To This Bengal Minister Who Is Linked To Jamiat Ulema-E-Hind; No, It’s Not CAA 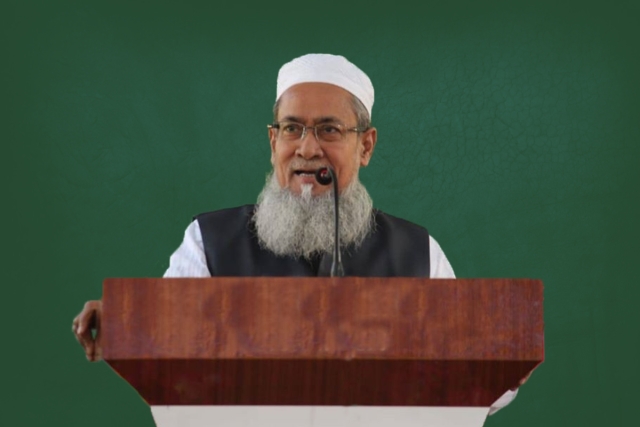 Bengal’s Mass Education Minister Siddiqullah Chowdhury, who is also the state president of the Islamist organisation Jamiat Ulema-e-Hind, has been denied a visa to visit Bangladesh.

Chowdhury, a trenchant critic of the Sheikh Hasina government in Bangladesh, had applied for a visa to visit Bangladesh for a week from December 26 (Thursday), but had to cancel his visit after he failed to get the visa.

According to top sources in Bangladesh’s Ministry of Foreign Affairs (MFA), Chowdhury’s open support to Razakars — radical Islamist collaborators of the Pakistani regime which carried out a horrific genocide of Bengalis — has made him a virtual persona non grata in Bangladesh.

Chowdhury had, in the past, hailed the Razakars as ‘religious leaders’ and opposed the Sheikh Hasina government’s move to put them on trial for war crimes.

He had also demanded the resignation of the Bangladesh premier for the death sentence awarded to Jamaat-e-Islami Bangladesh vice-president Delwar Hossain Sayeedi by Bangladesh’s war crimes tribunal in March 2013.

A number of Islamist bodies in Bengal had organised a massive rally at Kolkata’s Maidan on 20 Marchy 2013, condemning the action against the Razakars and demanding that India sever ties with Bangladesh.

The rally shocked many, but the ruling Trinamool, as well as the opposition Congress and the Communist Party of India (Marxist) or CPI(M), chose to turn a blind eye to it. Incidentally, Kolkata’s Maidan was the venue of a rally from which the call for Direct Action Day was issued by Hussein Suhrawardy on 16 August 1946, leading to the ‘Great Calcutta Killings’.

The Jamiat Ulema-e-Hind was one of the prime backers of the rally and though Chowdhury was not directly involved in it, he was considered to be one of the main supporters.

Chowdhury, a product of the Darul Uloom Deoband in Uttar Pradesh, has also opposed the Supreme Court verdict on triple talaq and said that the apex court judges had no right to interfere in Islamic practices.

Chowdhury’s Jamiat Ulema-e-Hind is said to have covert fraternal ties with Bangladesh Jamaat-e-Islami, which was an ally of the Bangladesh Nationalist Party. The outfit is considered to be a radical Islamist organisation that was behind many attacks on Hindus and other minorities in Bangladesh.

The Bangladesh Jamaat-e-Islami’s registration as a political party was cancelled by the Bangladesh Supreme Court in August 2013. After the death sentence awarded to Sayeedi in February 2013, activists of the Jamaat attacked and destroyed Hindu temples, houses and business establishments in many parts of Bangladesh.

Many top leaders of the Jamaat have been tried and sentenced by Bangladesh’s International Crimes Tribunal. Some have also been hanged.

Siddiqullah Chowdhury has consistently opposed these Islamists being tried for war crimes, calling them religious scholars whose trials are un-Islamic. The Jamaat-e-Islami had vehemently opposed the creation of Bangladesh in 1971.

“Given Chowdhury’s stand and utterances against Bangladesh, he is not a person we would like to welcome to our country,” a senior Ministry of Foreign Affairs (MFA) official from Dhaka told Swarajya.

Though a section of the Indian media ascribed Dhaka’s stand as dictated by Chowdhury’s opposition to the Citizenship Amendment Act (CAA) (read this), the reality is that the Bengal minister is seen by Dakha as an Islamist radical, who support Bangladesh’s radicals.

The Bangladesh MFA has also questioned why Chowdhury applied for a visa at the eleventh hour. He is quoted in this report in The Times Of India as saying that the Bengal Chief Minister cleared his trip to Bangladesh on 8 December and India’s Ministry of External Affairs did the same on 13 December.

However, Chowdhury strangely waited for 10 days and applied for the visa on 23 December. He had applied online, and sent his staff thrice to the Bangladesh Deputy High Commission in Kolkata to follow it up.

The Bangladesh mission in Kolkata forwarded the application to Dhaka. “This is done only when ‘sensitive’ cases are involved,” said the foreign ministry officer from Dhaka.

The Bangladesh deputy high commission in Kolkata said that the “necessary clearances from Dhaka hadn’t reached Kolkata” and that 25 December was a holiday on account of Christmas. Officially, thus, Bangladesh has not refused a visa to Chowdhury, it simply did not process it in time for the visit.

Chowdhury said his visit to Bangladesh was to have been a “purely personal trip”. His itinerary there included presiding over the centenary celebration of a madrassa at Sylhet.

The Jamiat Ulema-e-Hind Bengal unit’s general secretary Mufti Abdus Salam issued a statement on Wednesday stating that Bangladesh had not given a visa to Chowdhury.

But the statement, in a very sinister fashion, urged Chowdhury’s supporters not to “misbehave” with Bangladeshi diplomats in Bengal. “They are India’s guests and misbehaving with them would go against our culture,” said the statement issued by Salam.

This, say police officials, is highly mischievous and can be interpreted as a covert call to Islamists in Bengal to target the Bangladesh mission in Kolkata.