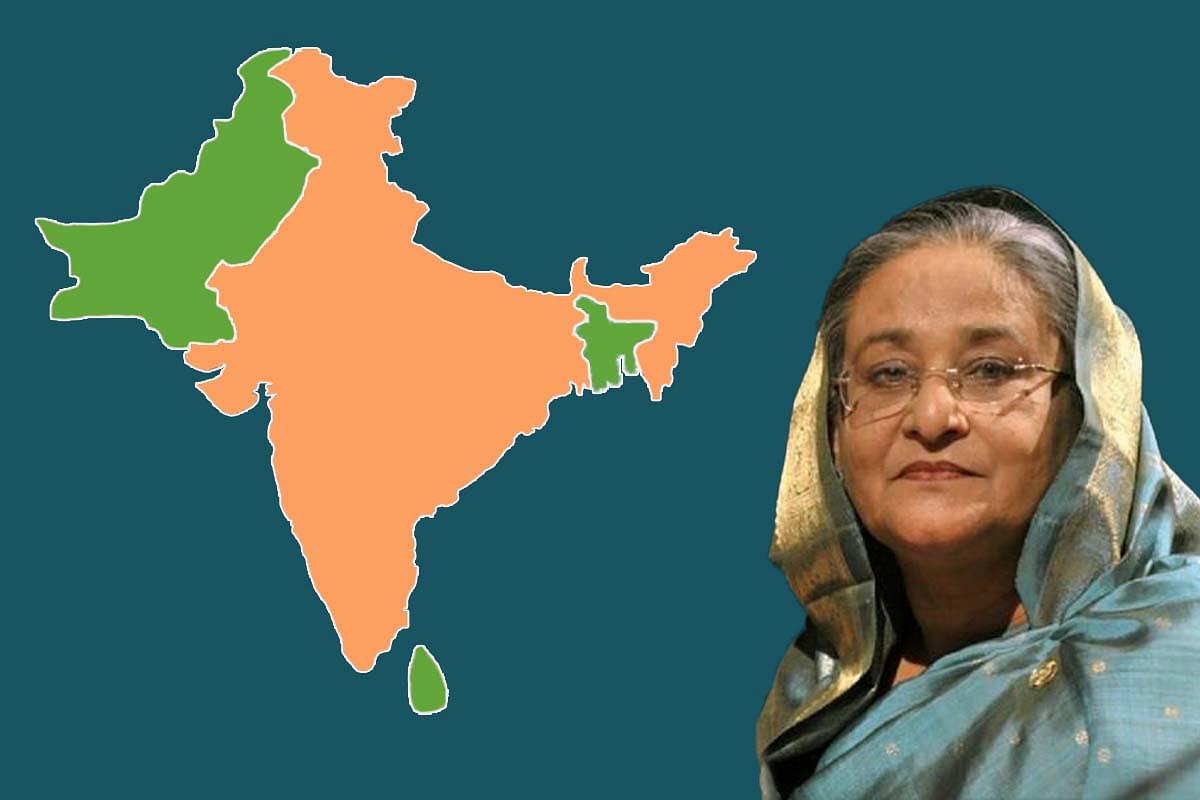 The two-year-long economic disruption has triggered serious hardship and unrest in two countries in the Indian subcontinent. Both the economies were suffering from wrong fundamentals. External debt stock to exports was as high as 424 per cent in Sri Lanka in 2020 and reserves to external debt were 9 per cent. For Pakistan, the figures were 390 per cent and 13 per cent respectively.

Both leveraged geopolitics to access easy money. Pakistan made it a practice to live dangerously for too long. But the riches to rags story of Sri Lanka vis-a-vis the burgeoning wealth of Rajapaksas, who converted the government into a family business, was heartbreaking. Misuse of India-China rivalry left them with some unviable infrastructure and a begging bowl.

But the country that is looking vulnerable — if not economically, then politically — is Bangladesh.

Dhaka is India’s sixth-largest export destination and the most crucial ally in the region.
On 4 April, the most circulating Bangladeshi newspaper Prothom Alo published an interview with reputed economist Professor Selim Raihan on the lessons from the Sri Lankan crisis.

In his guarded response, Raihan pointed to the risks involved with cronyism, building exorbitantly high-cost infrastructure on borrowed finance and the importance of maintaining the geopolitical balance between India and China.

The interesting part is: the Sheikh Hasina government is facing popular criticism at home for rampant cronyism. If it hasn’t been reflected in the election result that was because the opposition Bangladesh Nationalist Party (BNP) didn’t participate in the 2013 election and rigging was an understatement to describe the 2018 election.

The government became unpopular many years ago and was staying on by suppressing dissent, appeasing the Islamists and surrendering to cronies, some of whom have major investments in Pakistan. The trend was particularly evident after the 2018 election when cronies filled the cabinet and list of advisers.

Apparently, Bangladesh’s fiscal position is not half as bad as Sri Lanka's. However, the rising stockpile of debt, poor health of the banks which made defaults a norm and the astronomical cost of infra building are worrying.

The reasons are evident. In 2017, the World Bank remarked that infrastructure building in Bangladesh is the ‘costliest’ in the world. The allegation was not baseless. The bank took reference to a regular rail track extension at the cost of $6.6 million or Rs 50 crore a km. This is three times the cost in India and China.

The estimated cost of a 20 km elevated Dhaka Metro Rail (MRT6) is pegged at $2.8 billion or Rs 1,062 crore a km. In India, the average cost of the elevated metro is Rs 300 crore a km and underground Rs 500 crore a km. But that’s the tip of the iceberg. More often the final cost of projects is a few times the original estimates. The cost of the Padma Bridge for example was already escalated by three times from $1.1 billion to $3.6 billion.

Dhaka blames such exorbitant costs on the high cost of land and land-filling, technical issues, time overruns etc. However, local commentators blame it on cronyism, whose cut only increases with every delay and cost escalation.

In Bangladesh, only government-owned banks give term loans. And, most often such banks are subjected to defaults by the same set of cronies. “As of December 2021, the capital shortfall of the banks stood at Tk34,639 crore (Rs 30,222 crore) — state-owned banks account for 91.67 % of it,” reported Business Standard on 10 March.

Roughly 85 per cent of Bangladesh’s $43 billion export revenue is contributed by the readymade garments (RMG) industry, which has started showing signs of fragility before Vietnamese competition.
During Covid, the RMG sector forced the government to give cash handouts. Next, they defaulted on bank payments. Poor monitoring of corporate affairs helps their cause.

Hasina maintained a stable geopolitical strategy in the past. However, there had been some occasional breaches to that in recent years. Many believe Dhaka’s recent decision of offering a currency swap to Sri Lanka was prompted by the cronies who are batting for China.

Having said that Bangladesh’s biggest worry lies on the domestic political front, the ruling Awami League always took pride in their organisation and political values. Both are now history. Long and undue stay in power had a disastrous impact on the organisation, where money now rules the roost.

In the virtual opposition-less environment people were not forthcoming to make their dissent known, in the past. But the recent US sanction on the Rapid Action Battalion (RAB), infamous for extra-judicial killings, has opened the lid. The Internet is now full of criticism against the government.

With the election less than two years away, the dissent should gain momentum — a perfect situation where a spark can cause a devastating wildfire.