Why Does Taiwan Want Foxconn To Drop Its Stake In Chinese Chip Manufacturing Firm? 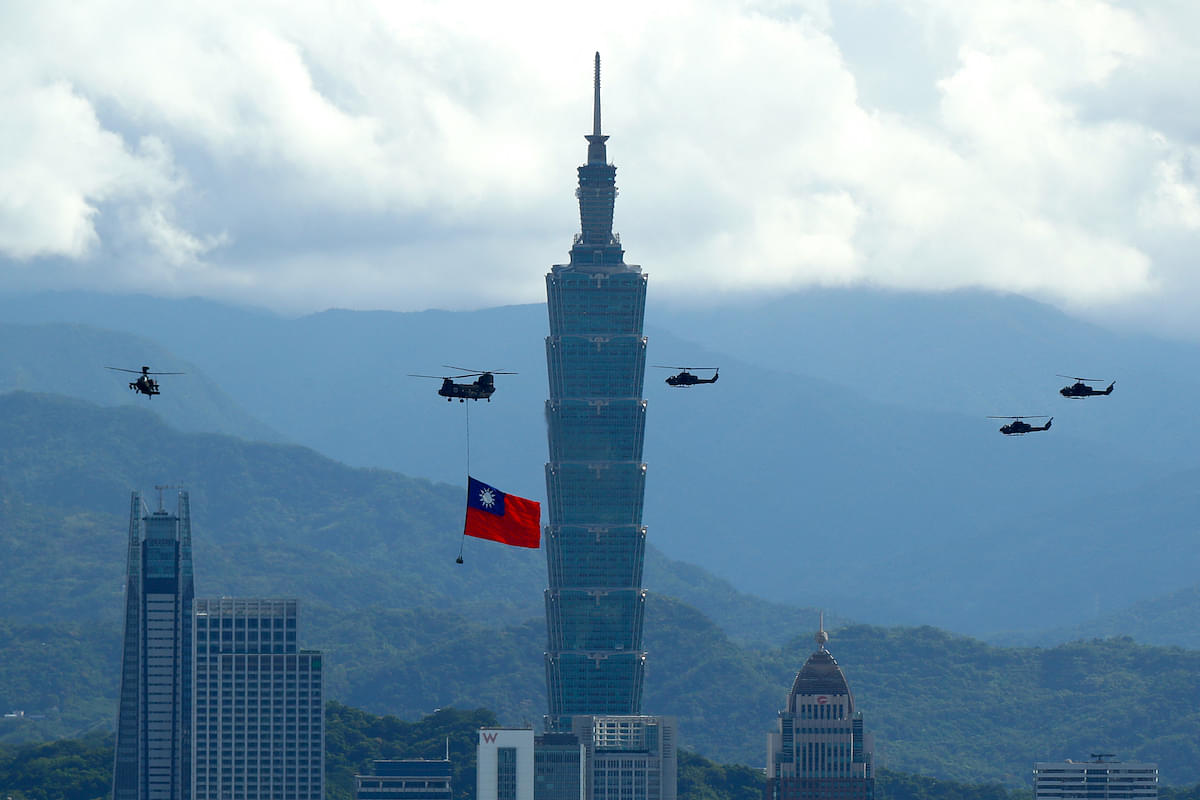 Apparently, a senior Taiwanese government official involved in national security issues told Financial Times that the deal will definitely not go through.

"The investment by Foxconn, the world’s largest contract electronics manufacturer and the biggest private-sector employer in China, was announced last month and made the group the second-largest shareholder in Tsinghua," reads the report.

If the deal went through, it would place one of Taiwan’s biggest companies at the centre of Beijing’s growing technology competition with the West.

“How can we have one of our largest enterprises become a key backer of a policy which aims to reduce our position in global markets?” one official asked, echoing a wider sentiment present in Taiwan's national security establishment.

Taiwan is also mindful of America's efforts to control the flow of technology to China and to re-shore semiconductor manufacturing back to the US. Taiwan doesn't want to intentionally or unintentionally help China in its tech competition against the US.

Now that "the Chips Act has been adopted, Washington is stepping up initiatives to strengthen semiconductor manufacturing onshore, and working with allies and partners to control the flow of technology to China, we have to be careful about where we stand,” said another official.

There is concern in Taiwan that the deal could lead to "Foxconn bankrolling an acceleration in Beijing’s tech ambitions."

Taiwan's decision comes at a time when China is conducting military drill around the island nation, simulating an attack.

Beijing has signalled that it will not hesitate from using military force to attain its goal of bringing Taiwan under its control.

The precise words of the Chinese was that they seek "peaceful unification" but do not rule out the use of military force.

According to a report by Reuters, as of Wednesday, there were 20 Chinese navy and Taiwanese navy ships close to the median line of Taiwan Strait.

China conducted military drills around Taiwan for almost a week. The People's Liberation Army initially allowed military drills in Taiwan Strait from 4 to 7 August. However, the drills continued beyond their scheduled end date. The drills involved all arms of the Chinese military.

"China deployed 45 warplanes and 10 warships into areas around Taiwan... with 16 of the 45 aircraft crossing the Taiwan Strait median line," said a statement by Taiwan's Ministry of National Defence.

The region is crucial to global supply chains. China's actions disrupted shipping and flights in the region. The military drills prompted strong condemnation from the US, Japan and other countries.

"China’s decision to carry out military exercises in areas surrounding Taiwan is a gross violation of Taiwan’s rights..., it has hindered the normal operations of one of the busiest air and shipping routes in the Indo-Pacific region," said Taiwanese minister Jaushieh Joseph Wu.

This week, Taiwan started its own military drills, as a response to China's war games. Taiwan believes that Beijing is trying to use the visit by Nancy Pelosi to prepare the grounds for an invasion of Taiwan.

"China has used the drills in its military play-book to prepare for the invasion of Taiwan. China has used Speaker Pelosi’s visit to Taiwan as a pretext, but is pursuing its true intentions in several ways," said a Taiwanese minister.

All of these tensions, only heightens Taiwan's perception of Beijing being a threat. This heightened threat perception is ultimately the reason why Taiwan wants Foxconn to drop its stake in the Chinese chip manufacturing firm.

“It is clear that now they have elevated this to the national security level, prospects are getting dim. With the soaring tension in the Taiwan Strait, this is looking even more difficult," said a person close to the company.