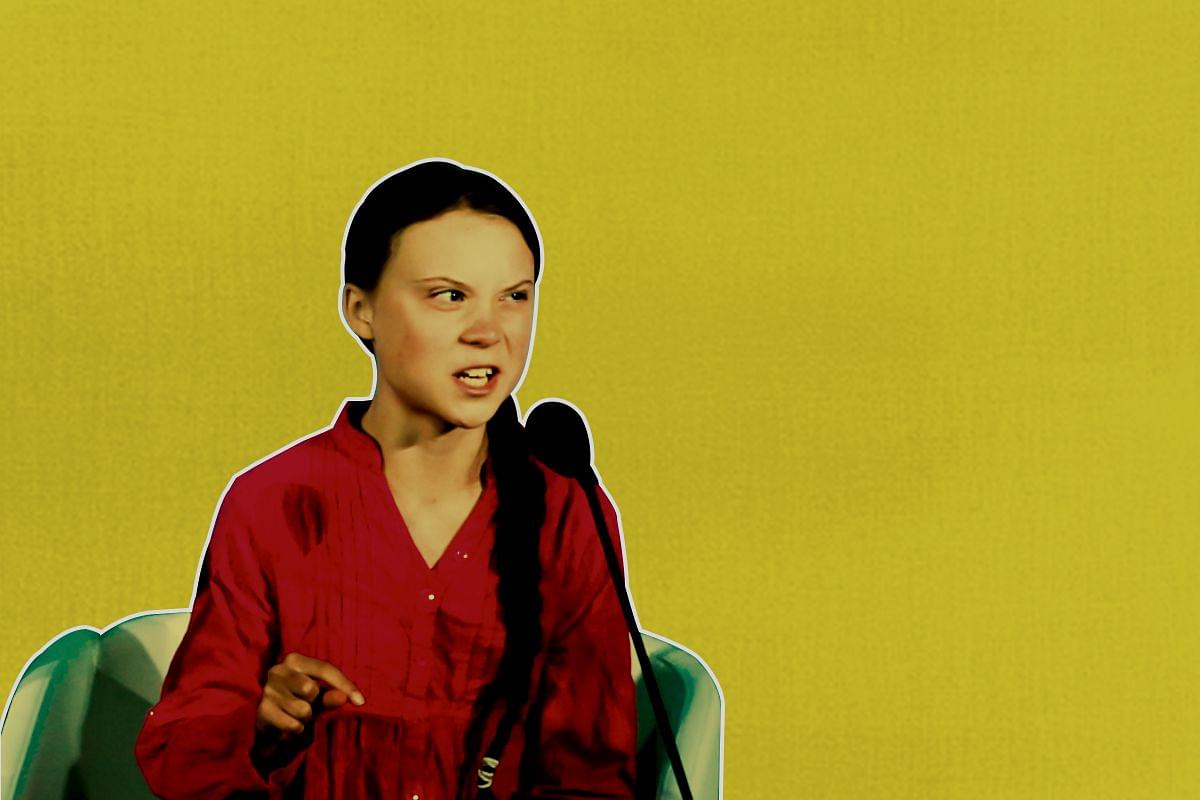 It’s the week of award-giving in the Scandinavian nations of Sweden and Norway as the respective committees bestow their prestigious prizes in various fields. This Friday the Norwegian Nobel Committee announced the Ethiopian Prime Minister, Abiy Ahmed Ali as the winner of its much-respected Peace Prize.

Until it was announced, most of the predictors of the world, predicted Greta Thunberg as the favourite in the race for winning the prize. Many are upset at Greta not receiving the prize.

At first sight, she looks like a deserving candidate: leader of the Friday school strikes for climate change, who — holding her trademark ‘Skoltrejk for Klimatet’ banners — has caught global limelight and prominence.

Today she leads a mega global student protest with footprints around the world. One such recent protest in September attracted 4 million students worldwide; all influenced by her ideals.

There is no disagreement that the rise of Greta Thunberg was filled and fuelled with courage, defying everything ordinary and conventional. Unconventionality has been one of the biggest strengths of Thunberg’s activism.

Greta has spawned a movement which, many argue, has created awareness about the climate crisis. Now the question is not of some action or no action, it is of mega action or of incremental action.

Greta managed to attest the generational gap — the profound gulf between younger bearers of the climate change crusade and the older policymakers.

But there has been something extraordinarily odd associated with her climate activism. As she is now the queen riding the galloping horse of climate activism — the organic teenager's anger and resentments have been overridden by conscious artfulness and mindful choreography.

Her recent disparaging attacks on the prospect of economic growth at the United Nations reflects her unfriendliness with capitalist concepts. Her galloping horse of activism has turned increasingly radical and pessimistic.

For all the good she has done, still, all of it can only be called activism. Thunberg has not shown the ideal realisticness of a reformer, which comes as no surprise considering her age.

There are many ideal candidates around the world who have dedicated their whole life to preserving the environment and increasing its diversity; who have spent abundant time in planting trees and creating entire forests of their own; who have worked day and night to conserve water; who have created the change and shown the righteous spirit to be a climate warrior.

The Peace Prize has always been an arbitrary but very realistic prize based on the winner’s impact on the ground, even though the impacts are often not clear sometimes even years later.

As it is with Thunberg’s activism; whether it has brought a major shift in the climate crusade or has created a case that is bound to bring changes in the future is uncertain. And, if she had won, she would’ve brought in a new set of rules for the climate crusade.

One manifestation of her radicalisation of campaigning is the new protest group called Extinction Rebellion that — for a more hardened approach — blocks traffic and occupies public spaces thereby disturbing people’s everyday routine.

Recent responses from world leaders indicate conformity in their handling of climate protests.

In the United Kingdom (UK) more than 300 arrests were made as rebels clogged Trafalgar Square and Hyde Park. UK Prime Minister, Boris Johnson dismissed them as “uncooperative crusties” who should stop blocking the streets of the capital with their “heaving hemp-smelling bivouacs”.

Days ago French President, Emmanuel Macron, criticised Thunberg for “radical positions” that, he said, would only “antagonise” our societies.

Polarisation has been one of the aims of Greta and clearly she has been good at it. But the question is: is this polarisation and radicalised hardened approach good for climate mitigation? Is this new trend good for cooperative development against the climate crisis?

The radicalised approach will surely hurt the long term cause of genuine protests. It is clear that in recent weeks, she appears — to borrow the words of Leonid Bershidsky — to have crossed the line between “eliciting sympathy and emanating menace”.

Most of the world leaders and adults saw the Friday student strikes as a genuine protest for ensuring the betterment of the environment. But as it is turning increasingly into an importunate form of protesting, it will harm the legitimacy of the movement.

This trend — which has got the endorsement of Thunberg — in the long term will give a wrong impression about the struggle against climate change and student activism as a whole.

Greta winning the Nobel Prize would’ve also questioned the potential of climate change crusade and unveiled the flaws of climate action wisdom. Global warming is ever-growing, carbon emission is still roaring, pollution has still not drawn that much attention and significance from world leaders.

Most of the global order has not formalised its action on mitigation of climate change and is still stuck at verbal engagements and no international consensus has been formed.

Despite such policy stagnation at the global stage, a teenage student — who in her own words shouldn’t be up there — winning the prize would’ve indicated the global order’s improper reliances.

Standing on a teenager’s shoulders for the hope of climate salvation while ratifying no proper commitment to climate crisis mitigation, would have pointed out the shallowness of the world order, leadership and establishment.