Why Hong Kong’s Political Crisis Is Far From Over 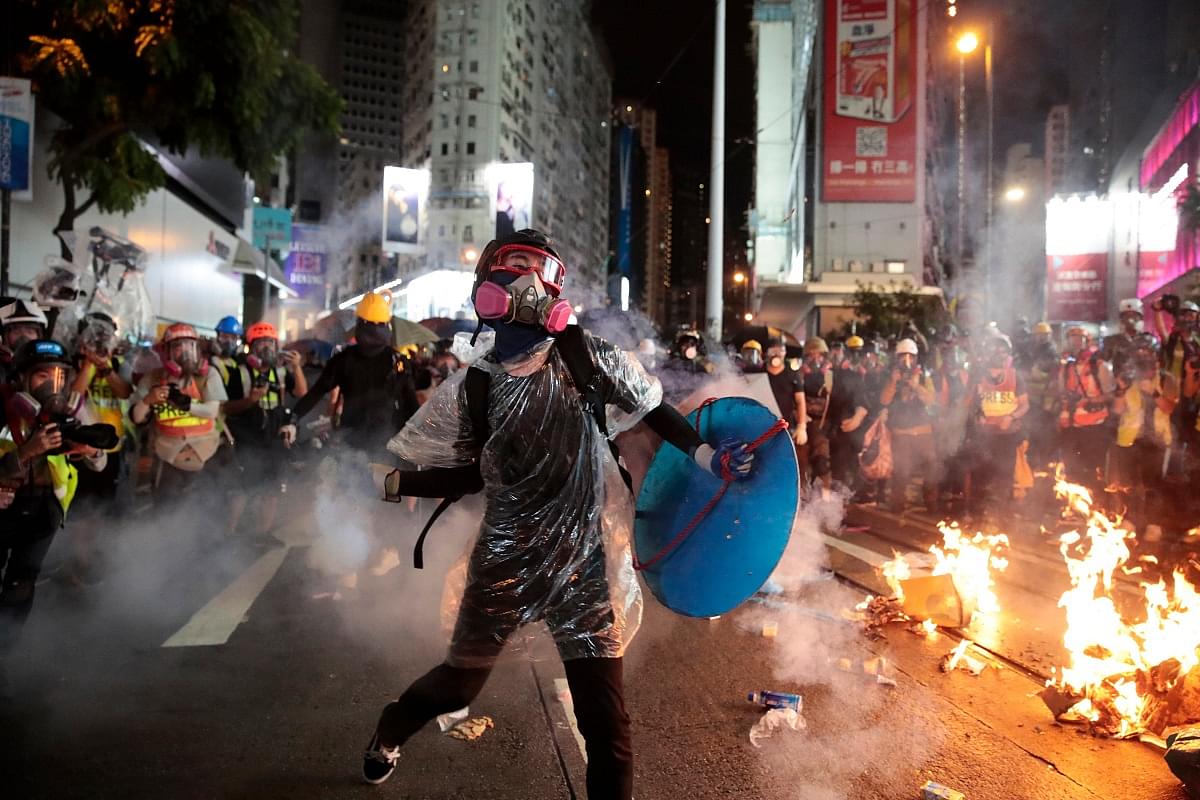 On 4 September, Hong Kong leader Carrie Lam formally withdrew the extradition bill that resulted in the biggest political crisis of the city since its handover to China in 1997.

Amendments to the Fugitives Offenders Ordinance Bill would have allowed the transfer of criminal suspects, both citizens of Hong Kong and foreigners, to mainland China for trials. The bill was seen as a direct attack on the rule of law and democratic values that are integral to the former British colony.

The introduction of the bill, earlier this year in April, plunged the city into protests. Almost four weeks after the bill had been introduced, thousands of people marched to Parliament, demanding the bill to be withdrawn.

In early May, a US congressional commission remarked that the proposed changes to the bill would aggravate China’s reach, and would pose a direct threat to US national and economic interests in one of the biggest financial hubs of the world.

Acknowledging the backlash from the pro-democracy protesters, the Hong Kong legislature offered some concessions within the proposed changes which included limiting the number of offences that could warrant extradition to mainland China. However, that was not enough and the protests continued.

On 9 June, history was created as a million people rallied against the extradition bill, thus garnering global attention. The weekend of June 15 saw the numbers swell to two million. As a result, a couple of days later, Lam agreed to withdraw the bill. Yet, the next few weeks saw the protests taking a violent turn.

By the end of July, the objective of the protests had gone beyond the changes in the bill.

The protesters were now demanding, apart from a formal withdrawal of the bill, an independent investigation into allegations of police brutality, voting rights for everyone in the city, dropping of charges against all pro-democracy protesters, and for the protests to not be classified as riots as that would have subjected the protesters to a prison term as long as 10 years.

Things turned for the worse as the Hong Kong airport had to be shut down on 12 August as protesters took over the premises. For a financial hub that constitutes roughly 3 per cent of China’s gross domestic product (GDP), the protests had implications across the world markets.

In a viral video, the police were seen beating up protesters in one of the local metro trains. The week also saw protesters removing smart poles from the city’s roads, citing surveillance threat from China. Some protesters went as far as burning the flag of China.

While the stocks in Hong Kong reacted positively to the news of the formal withdrawal of the bill, the Hang Sang index closed 4 per cent higher, having its best day this year. The formal withdrawal, thus, may be seen as a breather, but in no way does it signal the end of the political crisis in the city.

The pro-democracy protesters, however, feel differently. Defining the withdrawal as a move ‘too little and too late’, Joshua Wong, one of the prominent faces of the protests, took to Twitter to target Lam.

In a series of tweets, Wong spoke about the 1,200 arrests that were made across the duration of the protests, the police brutality against protesters that had left an ‘irreversible’ scar on the Hong Kong society, the lack of sincerity in the move, and demanded the government to agree to all the five demands of the protesters.

Clearly, Lam, an indirect representative of the government of mainland China, and the pro-democracy protesters have warring perspectives on the entire crisis. This can be attributed to the one country, two systems’ rule under which Hong Kong is governed as a special administrative region with its own mini-constitution.

The pro-democracy protesters see this administrative privilege as a tool to retain the democratic principles and values of the Hong Kong society.

Under the agreement of the 1997 handover from the United Kingdom to China, Hong Kong was to maintain its democratic way of life, contrary to what is practised in the Chinese mainland, until 2047.

For China, this agreement no longer serves any economic purpose. Hong Kong today constitutes less than 3 per cent of China’s GDP, thus making it politically expendable in the larger scheme of things. China, gradually, has been working towards erasing its economic and cultural borders with Hong Kong to complete the political annexation.

Thus, even with the formal withdrawal of the bill, the crisis is far from over in Hong Kong, and this is how it may play out in the coming weeks.

One, the exit of Lam and China’s complete takeover. As stated by the pro-democracy groups, the protests are set to continue until all the five demands are met.

This poses a threat to the law and order situation in the city. If the situation worsens in the coming weeks, Lam will be expected to step down, paving the way for another leader. Already, there were rumours of her tendering her resignation to Beijing.

If the law and order situation continues to falter, China may be tempted to exercise its emergency powers.

As per the provision in Article 18 of the Hong Kong law, the central government has powers to take control of the city in case the crisis can no longer be handled by the local authorities. The continued protests, disruptions, and possible resignation of Lam would provide Beijing with the fodder to do so.

In case China decides to use its emergency powers, a military annexation of the city with arrests of prominent leaders of protest groups cannot be ruled out. Even Wong, in his tweets, mentioned the secret police and how they were expecting Beijing to tighten its grip around civil rights in Hong Kong.

While Beijing can bank on the support from citizens in mainland China who have been critical of the protests on various digital platforms, it will have to ensure that the crisis does not attract global attention, especially as it negotiates a truce for the ongoing trade war against the United States later in October.

While the companies operating in Hong Kong would not offer any resistance to China’s annexation of Hong Kong, in case it happens, Beijing may expect some retaliation from the White House.

However, in an age where economic interests outweigh ideology, the retaliation may reflect in trade negotiations against the US, and may well amount to nothing in the larger scheme of things.

Earlier this week, on Sunday, Xinhua, the state’s news agency, ran an editorial stating that the end is coming for those attempting to disrupt Hong Kong and antagonise China.

Meeting for the first time in 20 months, Communist Party of China would be carefully observing the developments in Hong Kong across September and may use the party’s 70th anniversary to propagate a justification for taking over Hong Kong.

Two, the pro-democracy protesters would now be looking at more violent methods to disrupt life in Hong Kong, given how the wave of protests in the last few weeks led to the formal withdrawal of the bill.

While adopting more violent methods may seem ideal to the pro-democracy groups, for Beijing, this will be the ideal excuse for allowing a military crackdown.

Also, offering too much leverage to Hong Kong’s pro-democracy groups sets the wrong precedent for China’s communist party, as the events in Hong Kong may inspire similar protests in the mainland, especially when the economy is weakening.

The protesters may dread it, run from it, but Chinese annexation will arrive sooner or later, and way before 2047.

At this point, even if the pro-democracy groups were to withdraw from the protest, Beijing would invest in securing political capital in Hong Kong to ensure such protests do not happen again.

The formal withdrawal of the bill is a significant turn in Hong Kong’s political crisis, but in no manner, it is the end of it.