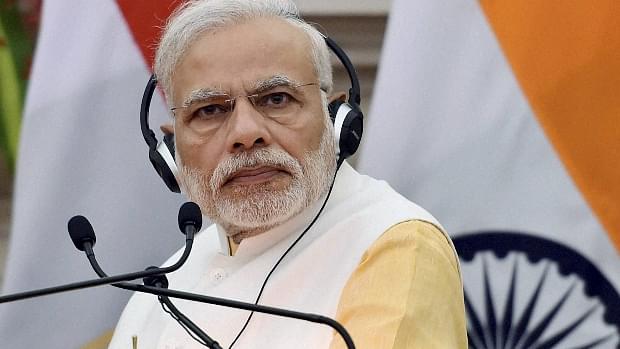 Prime Minister Narendra Modi used a speech at his Bharatiya Janata Party’s meeting at Kozhikode, Kerala, to pose a direct question to the people of Pakistan. The choice of venue was significant: Kozhikode is a majority-Muslim port and trading centre that has had close contacts with the Middle East for many centuries. Modi asked the Pakistanis, in a speech delivered in Hindi and translated only to Malayalam, the language of Kerala: “Remember how things were in East Pakistan? How are things going in Gilgit-Baltistan today? Pakhtoonistan? Baluchistan?” He followed that by saying: “The day is not far when the people of Pakistan will rise against their leaders”. He dismissed the civilian leadership of Nawaz Sharif as “reading from a script provided by terrorists”.

The allusion to East Pakistan should send chills down any Pakistani spine: the comparison in the same breath to the present provinces of Pakistan, all restive and troubled, should set the red lights flashing. The mention of the term “Pakhtoonistan”, used by Pathan freedom-fighters in Pakistan’s North-West Frontier Province (NWFP) seeking to secede from Pakistan, was the first by an Indian prime minister in living memory.

There was evidently a lot more to the “surgical strike” by Indian Special Forces across the Line of Control (LoC), than what India or Pakistan have admitted. Present estimates from knowledgeable circles in India are that there were seven separate incursions, disguised by several other artillery, helicopter sorties and feints that drew Pakistani reinforcements away. At least 70 Pakistani terrorists and Pakistan Army terrorist-handlers are claimed to be killed, with many more believed to have been killed in explosions. Apparently, the Special Forces (SF) had got in behind the so-called launching pads that the terrorists used to sneak into India, and when the terrorists gathered there, the attacks were launched with deadly effect.

More ominous is the report that the Pakistanis have captured/kidnapped a 22-year-old Indian solder from the paramilitary Rashtriya Rifles force. The kidnapping is not new: Pakistani terrorists have targeted lone sentries many times. Invariably, the soldiers were tortured and ritually beheaded, ISIS-style; the Pakistan Army denied all knowledge, and the terrorists bragged about it in Lahore and Karachi and were loudly praised and rewarded by their terrorist compatriots.

So why now did the Pakistan Army announce this capture and identify the soldier? Clearly they wish to trade him, and which means, India has captured one or more high-value targets alive. This explains the use of ground-based Special Forces (SF), along with the stated use of helicopters for a very short trip across the LoC. Since India is clearly able to detect terrorist launch pads and gatherings using drones and space assets, missile strikes would have achieved the aim of causing a very educative death toll, but without ground forces there was no way to bring back captives.

India’s subsequent moves are interesting. Even before the SF strikes were announced, there were local reports of trainloads and then road convoys of heavy equipment and forces being moved to the border. The border villages have been evacuated. The ostensible reason is to minimise casualties from the expected “revenge” artillery strikes from Pakistan, and the observation of a heavy buildup on the Pakistan side, but one wonders.

A galaxy of senior officers has been reported to be visiting forward areas, and basically telling the troops to prepare for “war”.

Meanwhile, Indian diplomatic efforts are in full swing, and have effectively ensured that there has been no peep of criticism against India. There is unanimous recognition that terrorism from Pakistan is unacceptable, and that India has exhausted all avenues, indeed bent over backwards, trying to establish peace and friendship. Of particular note are Prime Minister Modi’s initiatives in inviting Pakistani Prime Minister Nawaz Sharif to his swearing-in, and then doing his unannounced and daring stopover in Lahore to attend a social function with the Pakistani Prime Minister. The continued Pakistani mischief in Jammu-Kashmir is thus held up as clear proof of Pakistani malice and intransigence.

The Indian government has come out and emphasised forcefully that all of the region of Kashmir and the Northern Areas are legitimate parts of India, illegally occupied by Pakistan in gross violation of UN resolutions.

About a year or two ago, the European Parliament, after detailed investigation by their own team, reported their complete alignment and acceptance of India’s position. Given their recent experience of Islamic terror, often with ties to Pakistan, and the visible evidence of what an Islamic state is, it is not surprising that patience in Europe is at an end.

The US, Pakistan’s long-time weapons and funds supplier, has clearly lost patience, as Pakistani Taliban attacks render the entire US/North Atlantic Treaty Organisation (NATO) efforts in Afghanistan meaningless. As US President Barack Obama nears the end of his term that started with his ramping-up of drone strikes against terrorists inside Pakistan, the US is facing a far worse defeat in Afghanistan than the Soviets faced in 1990. Clearly this must be galling, and the finger of culpability points directly at Islamabad.

Given all the above, the climate is more amenable than ever before, for India to solve the Pakistan Problem. These calculations have no doubt been noted in New Delhi.

Immediately after the Pakistani terrorist attack on the Indian military camp, in Uri, Pakistan went on red alert. F-16 fighter aircraft of the Pakistan Air Force were reported flying on full afterburner, and releasing flares over Islamabad in a display of light and thunder. More ominously, six F-16s were reported as having been moved to Skardu, reputedly the launching base for nuclear-armed fighter-bombers. Skardu is located in a deep valley in the Northern Areas occupied by Pakistan, open to the north and protected by high, steep mountains towards the Indian side.

Given all these highly visible defence preparations and bravado, the ability of the Indian Special Forces to penetrate behind Pakistani lines, wait several days, launch devastating attacks at seven different points and return unscathed to India, all shows the Pakistani Army in a very poor light. This has to be taken as a devastating blow to the honour and dignity of the Pakistan Army, no doubt likely to lead to dismissals and courts martial – and perhaps create the conditions that have led to a coup d’etat in the past. Pervez Musharraf conducted a coup when faced with arrest and court martial for his disastrous leadership of the Kargil misadventure in 1999/2000. Today Nawaz Sharif, with a clear memory of being at the receiving end of that coup, will no doubt want to act pre-emptively against those responsible for the LoC debacle.

A swift assault that destroyed the Pakistani Army infrastructure in Pakistan-occupied Kashmir (PoK), coupled with perhaps an uprising in Gilgit-Baltistan, Baluchistan and Pakhtoonistan, would very likely isolate the Pakistani regime’s forces in Pakistani Punjab (also known derisively in some circles as Pakjab).

Indeed, the Pakistani Army has used the same tactic as the ISIS, of using “non-state actors” described as “Pathan tribesmen” to horrible effect on civilians, society and democracy in Jammu-Kashmir (1948), Kashmir Valley (1965, and 1989 onwards), and Gilgit-Baltistan under Pervez Musharraf and Osama bin Laden (circa 1998). These “tribesmen” can equally well direct their attention on the mansions, kleptocracy and fashionable womenfolk of Islamabad and Lahore. So in the event of a large-scale destabilisation, Pakistan’s government would have to pull in the army in short order to protect Pakjab from the same “Mujaheddin”. Today the threat of the Islamic state also looms large against the relatively ‘secular’ upper classes of urban Pakjab.

The signs and implications are interesting, and it should be exercising minds on both sides of the Line of Control and beyond.