Why Trump Will Win When He Seeks Re-Election 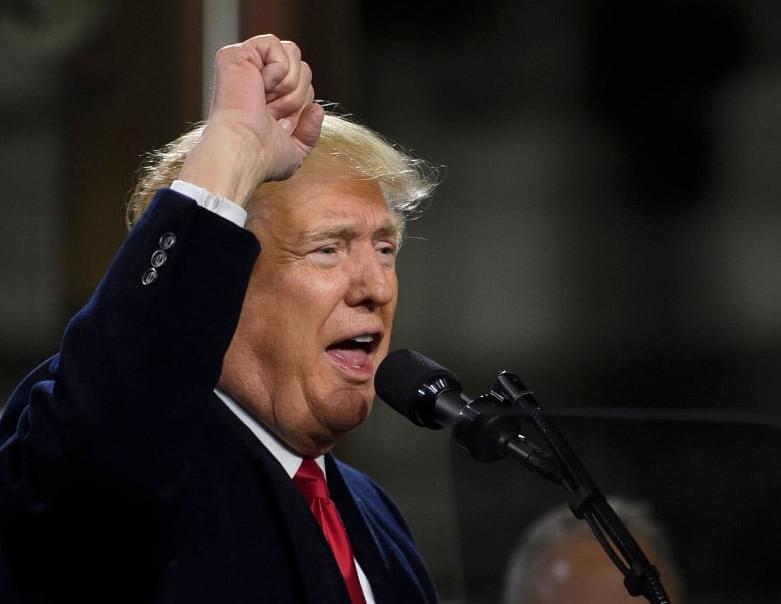 On 8 November 2016, all form of conventional political punditry and thinking were blown to smithereens as Donald J Trump became the 45th President of the United States.

If the self-proclaimed experts in mainstream media were to be believed, Trump’s campaign was merely a publicity stunt while the overflowing crowds at his rallies were in it for entertainment. Trump’s tough stand on illegal immigration, his feud with Megyn Kelly, the infamous leaked access Hollywood tape, Mitt Romey’s anti-Trump speech and the Stop Trump movement were each supposed to end his campaign. The polls showed Trump having no chance of winning. Establishment Republicans refused to endorse Trump while some even quit the GOP because of Trump.

As the contest closed world leaders, ‘intellectuals’ and Hollywood luminaries joined in to create a vicious cacophony comprising of threats of violent attacks, insults and pronouncement of doom. Also bearing the brunt of the attack were Trump supporters. Such was the certitude of a Trump defeat that discussions were held about Trump’s next moves and fear of how his ‘violent’ supporters would react. To be fair, there were a few wise men who predicted that Trump would triumph back as early as 2015.

So, did the mainstream media and anti-Trump brigade introspect about their failings and bias? Did they understand that they were living in their echo chambers that caused them to miss the Trump wave? Did they try to understand the Trump voter? Did the polling agencies question their methodologies? Did the media attempt to be objective? Did they abandon their condescension for regular folks? Did they realise that alternative media on the internet had made them irrelevant? Well, no such luck!

Immediately after the elections, feminist groups led by Hollywood organised ‘protest’ marches that had women wearing vagina shaped hats breaking into foulmouthed and homicidal rants. At the swearing in date grew closer, some in Hollywood created video urging members of the GOP Electoral College to not vote Trump. The media found a new way of explaining their inability to predict a Trump victory – Russian collusion. Despite all this, on 20 January 2017, Donald Trump was sworn in as the 45th President as some women literally screamed at the sky in exasperation.

It has been one year since Trump had been President but very little had changed with the mainstream media. The allegations of racism, sexism, and comparisons with Hitler tendencies persist. There are predictions that he will be impeached. ‘Comedians’ continue to disguise their hate as humour with, jokes about beheading, incest and Nazi. The Russian collusion stories never ceases to stop despite special counsel Robert Muller team not finding a smidgen of concrete evidence thus far. The mainstream media invented stories the collusion that made them recipients of the fake news awards. According to the Media Research Center, coverage of Trump on the ABC, CBS and NBC was more than 90 per cent negative. In a strange twist of irony, the hypocrisy of those who denounced Trump for his sexism were embroiled in a series of sex scandals.

The mainstream media, apart from Fox News, very seldom mentions any achievements of the Trump Presidency. The following is an attempt to cover them, all of which were campaign promises:

The US economy continues to boom under the Trump administration. The primary cause is the tax reform that enthused businesses and resulted in one hundred sixty-four companies paying bonuses and pay raises to employees. The gross domestic product by over 3 per cent for two quarters in a row with consumer confidence was at the highest in 17 years, according to the New York-based Conference Board. Holiday sales have been the strongest since the great recession.

Largely due to Trump’s personal intervention, Taiwan’s Foxconn will invest $30 billion for a new electronics plant with 3,000 new employees and Beijing invested $84 billion in new energy projects in West Virginia.

The number of people collecting unemployment benefits has continued to fall to a near since 1969. This includes unemployment levels for African Americans falling to a record low.

Under the Trump administration, 67 Obama-era regulations were cut that were key to inspiring business confidence especially among small and medium level entrepreneurs. The stock market soared under the Trump administration with the Dow set record highs almost 70 times this year, rising 5,000 points in a year for the first time in history reaching 26,000 points for the first time in history.

Since the repeal and replacement of Obamacare failed, the tax reform bill included the repeal of the individual mandate that is the main cause for crippling costs and reduced coverage of Obamacare.

Largely due to Trump’s rhetoric and Attorney General’s tough stance, illegal border crossing was down 41 per cent on the Southern border compared to August 2016. The travel ban was passed that prevents citizens of seven predominantly Muslim nations from entering the United States. This occurred largely due to the appointment of conservative Neil Gorsuch to replace the late Antonin Scalia on the Supreme Court.

Trump also withdrew from the Paris Climate Accord and the Trans-Pacific Partnership that were considered to be unfair to the US. Trump also approved oil drilling in the Arctic and Gulf of Mexico and permission for the Keystone XL pipeline. Trump also brought the Democrat’s war on coal to an end.

Trump’s strategy with North Korea baffled many, experts believed it would lead to an almost certain nuclear war with Kim Jong Un retaliating. But Trump counted on the fact that Kim Jong Un has instincts of self-preservation which turned out to be true. North Korea for the first time in a long time has opened talks with South Korea about the Olympics. This by no means suggest that the issue has been resolved, but it is a promising start.

During his tenure President Barack Obama, the Islamic State dominated the Middle East and inspired many all over the world to either conduct terror attack or join the fight. Trump’s aggressive strategy of focusing all resources against Islamic State (IS) has been a resounding success. The situation today is that IS has lost 98 percent of its territory and largely finds itself on the run. The war on terror cannot ever be complete, but the overcoming ISIS in the middle east is monumental.

Thus, within just a year, Trump has an impressive line of achievements. In a democracy, the function of the press is to speak truth to power and cover the government with complete objectivity ie both the shortcomings and the strengths. The focus of mainstream press in the US is only on the shortcomings that usually involves blowing tweet or a remark out of proportion.The consequences of these remarks are often negligible.

These are the very people who almost deified Obama and lauded everything he did. But with Trump, there is little doubt that the goal is to lead the charge in destroying him and his presidency. But they were unsuccessful in bringing him down so during the primaries, unsuccessful in defeating him during the main contest and will be unsuccessful now. Albert Einstein defined insanity as doing the same thing repeatedly and expecting different results.

To get over this perpetual insanity there needs to be an understanding of the Trump phenomenon. While gaffes, misstatements, tell-all books or scandals bring down regular politicians, Trump remains impervious. The main reason is regular politicians are usually propped up and imposed upon the public by the media and the political establishment, usually because they have waited in line and their turn has arrived.

However, in Trump’s case, the cause of his ascendance to power was due to the issues he stood for and his unique presentation. His victory was not because but despite the media and the political establishment. They did not make him and they most certainly cannot break him. Should Trump choose to seek re-election there is no doubt he will triumph again.