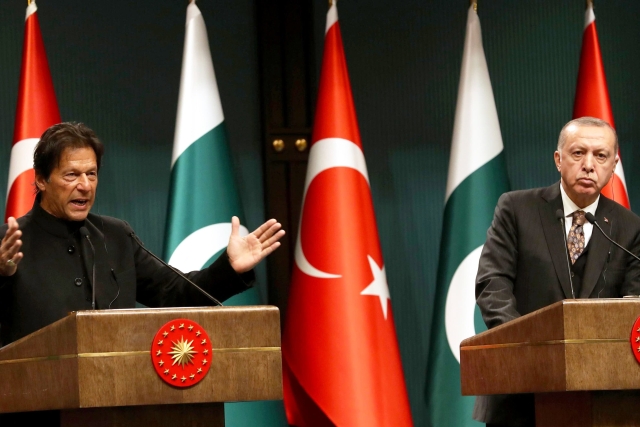 The hasty exit of America from north-eastern Syria proves four points: one, that America is an undependable ally, and also a poor defender of civilians caught in the crossfire of warring sides; two, the old bipolar world created after the Second World War may be gone, but Russia can be counted on to fill any geopolitical gap left by the US in areas of interest to it; three, Europe is incapable of acting in unison even in areas of direct security interest to it; and four, the power vacuum has enabled the emergence of Turkey under Recep Tayyip Erdogan as a potential Islamist rogue state.

One wonders what Turkey is doing in the North Atlantic Treaty Organisation (NATO) when it is nothing more than an Islamic state heading towards Islamism.

In many ways, the US withdrawal from the Kurdish areas between Syria and Turkey was preordained. The sudden exit follows Donald Trump’s tendency to take whimsical decisions in pursuit of his own promise to the US electorate that he will bring American soldiers back.

India needs to be prepared to help the Afghan regime on the assumption that Trump will indeed abandon Afghanistan before the US presidential elections next year. Sending troops is obviously not an option for us. We need to find other ways to help the regime, perhaps by empowering other resistance groups to the Taliban. Putting additional pressure on the eastern front could also help deter Pakistan from moving troops to the Afghan border. Better intelligence and covert moves to destabilise any future Taliban-Pakistan nexus ought to be key elements of our gameplan.

Russia’s insertion into the zone separating Turkish and Syrian troops is actually a good sign. Not only will this prevent a massacre of the Kurds who have been the doughtiest fighters against the Islamic State, but it also ensures a modicum of stability in that area by limiting the manoeuvres of two rogue elements – Syria and Turkey.

Russia has now become a player in this region, and both the European Union and the US should figure out how they can work with them to keep the peace here. Trying to make Russia a villain is stupid, for Russia is no longer the threat it once was to the West.

America and Europe need to reorient policies to accommodate Russian interests in the region in order to focus on the real No 2 threat to the global order, a superpower that has no scruples and respects no international law: China. A key geopolitical goal for the West ought to be the separation of Russia from China’s embrace, so that China does not dominate Asia like it wants to.

The real cause for worry is that the European Union (EU) is totally emasculated by its economic woes and probably incapable of any action in defence of its larger interests. A rogue state is emerging to its east in Turkey, and all it can do is condemn the action and talk of an arms embargo. And even in this limited stand, countries like Britain – now in Brexit mode – have refused to halt arms sales to Turkey.

Other rogue states and greedy midi powers will see this as a licence to settle old scores and do their own thing in their part of the world, knowing full well that America is unlikely to engage, and Europe is impotent. China can pick and choose where it wants to intervene, though it is unlikely to play global cop. It will do deals with weak regimes to its own advantage. China will become more of an extractive power obsessed with its own supremacy than ever. It will extract what it can from weak powers and then leave them to rot.

The biggest worry for the world should be Turkey. Under Erdogan, Turkey has effectively buried its forward-looking Kemalist secularism and is now a deep-green Islamist state, with its own sense of global Islamic leadership. Along with Saudi Arabia and Iran, it will become the third node for global Islam. Little wonder, even as the Saudis tire of the Pakistanis, the latter has built a close relationship with Turkey. Turkey has taken Pakistan’s side on Jammu and Kashmir, and Pakistan Turkey’s in its war on the Kurds in northern Syria.

NATO must either rein Turkey in or risk subversion from within, causing distress all over, from Israel to Iran and Saudi Arabia.

Turkey knows that the EU cannot act. In any case, Erdogan believes that he holds the trump card when it comes to the EU: Syrian refugees. He said as much when the EU moved to condemn his invasion of northern Syria. “Hey EU, wake up. I say it again: if you try to frame our operation there (in Syria) as an invasion, our task is simple: we will open the doors and send 3.6 million migrants to you.”

These are not the words of a statesman. They are no different from the frequent nuclear threats of another rogue state, Pakistan.

The world should worry when two rogue states fall into a deep embrace.