Zakir Naik’s Extradition: Why The Current Malaysian Government Might Not Accede To Indian Request 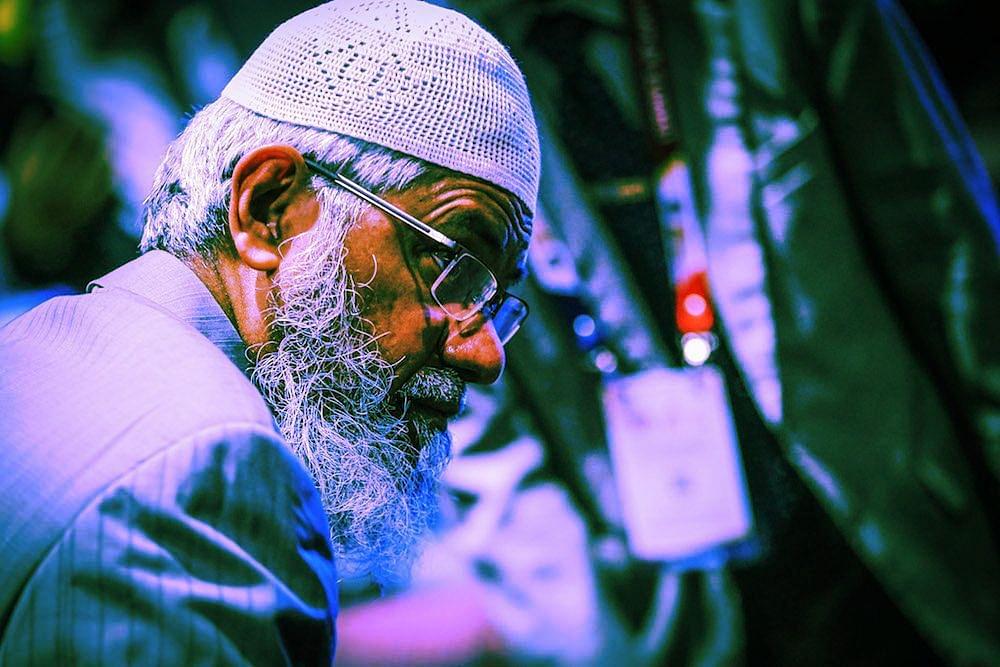 Over the last few weeks, Malaysia has been cosying up to India on the bilateral relations front, particularly trade, but will it oblige New Delhi’s request to extradite controversial preacher and Islamic Research Foundation founder Zakir Naik?

India made a request to the Muhyiddin Yassin government, in power since 1 March, to deport Naik, who now lives in exile on the outskirts of Kuala Lumpur.

India’s request stems from two developments. One, bilateral trade between both nations have improved with Kuala Lumpur buying Indian rice and sugar.

In turn, New Delhi has been purchasing Malaysian palm oil.

Two, the Muhyiddin government is seen to be friendlier than the previous Mahathir bin Mohamad government, which hurt its relations with India by commenting on India’s internal affairs such as abrogation of Article 370 in Kashmir and the Citizenship Amendment Act (CAA), 2019.

In particular, Mahathir raised the issue of Article 370 in the United Nations General Council, resulting in a strong reaction from New Delhi.

Also, his attempts to get closer to Pakistan did not go well with the Narendra Modi government in India.

Muhyiddin has been holding on to power despite suspicion over whether he enjoys a majority in the 222-member lower house of Parliament.

The Malaysian parliament met last week but it did not take up Mahathir’s no-confidence motion against Muhyiddin as it adjourned after the King’s customary address.

In these circumstances, what will be Yassin’s response to India’s request?

In India, Zakir Naik is facing charges of provoking communal disharmony and indulging in unlawful activities that incited terror in the country.

He is also under investigation in India and Bangladesh for the terror attack at the Dhaka Holey Artisan Bakery in July 2016.

Naik, living in Malaysia since 2017, is alleged to have inspired the mastermind of Sri Lanka Easter blasts last year that killed 290 persons.

There are two reasons why Muhyiddin might want to send Naik back to India.

One, Naik’s recent statements could spell trouble for Malaysia and other Muslim nations.

He wants these nations to arrest them when they land in their country.

But he has made another controversial statement that can hurt the economy of Malaysia and Gulf countries.

Two weeks ago, Naik said that Islamic nations supplying crude oil and palm oil to India should unite and question it for anti-Islamic and anti-Muslim statements made by non-Muslims.

Probably, Naik did not do his homework on the trade front.

Gulf countries are flooded with crude oil supplies and are searching for buyers, particularly when demand has slipped due to spread of the novel Coronavirus pandemic.

With many countries announcing shutdown, demand for crude oil has dropped sharply.

This is one reason why crude oil prices have dropped 40 per cent this year to between $34 and $36 a barrel now.

Naik has not taken into account that India can turn to the US, Russia or Venezuela for its crude supplies in the event of any problems with the Gulf nations.

Over the last two years, India’s import of crude oil from the US is increasing.

On the palm oil front, Malaysia and Indonesia are the top two exporters.

Indonesia, the country with the largest Muslim population, also depends on Indian purchases of palm oil.

Both these nations’ economies are heavily dependent on palm oil exports.

Thus Naik’s comments will only hurt the interests of these countries than India's.

The second reason why Malaysia could want to extradite Naik is statements that have resulted in ‘communal disharmony’ among the people in the South-East Asian nation.

Last year, the controversial preacher asked ‘Malay Chinese’ to go back as they were the ‘old guests’ of the country.

He also alleged that Hindus enjoyed more rights in Malaysia compared to Muslims in India.

This led to Mahathir stating that Naik’s permanent resident status in Malaysia could be reversed if the government authorities provide adequate evidence of his statements disturbing communal harmony in the country.

Since then, Naik has exercised caution.

But these will not be enough for Muhyiddin to deport Naik despite both nations having signed an extradition treaty in 2010.

There are at least a couple of reasons why Malaysia will not repatriate the IRF Founder back to India.

The first reason is that Naik is popular among Malay Muslims, who make up 60 per cent of the country’s population.

Mahathir and his rival Najib Razak, former prime minister, had tapped into his popularity among the Malay Muslims to garner votes in the 2014 elections to strengthen their winning chances.

It left the community badly divided.

According to The Asean Post, Naik was the single biggest factor unifying the Malays in 2018 elections, who voted Mahathir back to power.

In an article, the Post said that Mahathir’s tough stand against India in refusing to extradite Naik helped his Pakatan Harapan (Coalition of Hope) win after being perceived as anti-Malay and anti-Islam.

This was because Pakatan Harapan was dominated by the Democratic Action Party (DAP), dominated by Chinese Malays.

Moreover, DAP’s opposition to Malaysia giving refuge to Naik did not go down well with the Malays.

Mahathir’s stand on Zakir ended any perception of his coalition being anti-Malay or anti-Muslim and helped it romp home in the May 2018 elections.

The second reason is Naik is popular among the cadres of the Malaysian Islamic Party (PAS), a key member of Yassin’s ruling coalition with four ministers.

The Post quoted an unnamed senior journalist to point out that apart from Naik’s popularity, the campaign that India is gripped by Islamophobia will make it tough for any Malaysian government to repatriate the preacher.

As a negative campaign is being run against India, particularly the Modi government, deporting Naik could be seen as a ‘betrayal’ rather than protecting a fellow Muslim despite being a Muslim-majority nation.

PAS, in particular, had asked Mahathir to not entertain India’s request, and the suspicion if Muhyiddin will have the strength to ignore one of his main coalition partners, particularly when he faces a no-confidence motion.

The third reason is that the Muhyiddin government itself is trying its best to woo the majority Malays — Muslims in this context.

And with Naik being one of the uniting factors, it could be difficult for the ruling Malaysian coalition to repatriate him.

Malaysian Indian and Chinese leaders are wary of Naik's presence in their country as they find him ‘divisive’.

The Malaysian Indian Congress feels the controversial preacher’s case is one of politics and religious sentiment and not that of the legalities of his extradition.

Both the ethnic Chinese and Indians feel that Naik has played the ‘religious persecution’ card smartly to get the support of the majority Malaysians.

That leaves Muhyiddin with a tough choice, especially due to the three reasons given above.