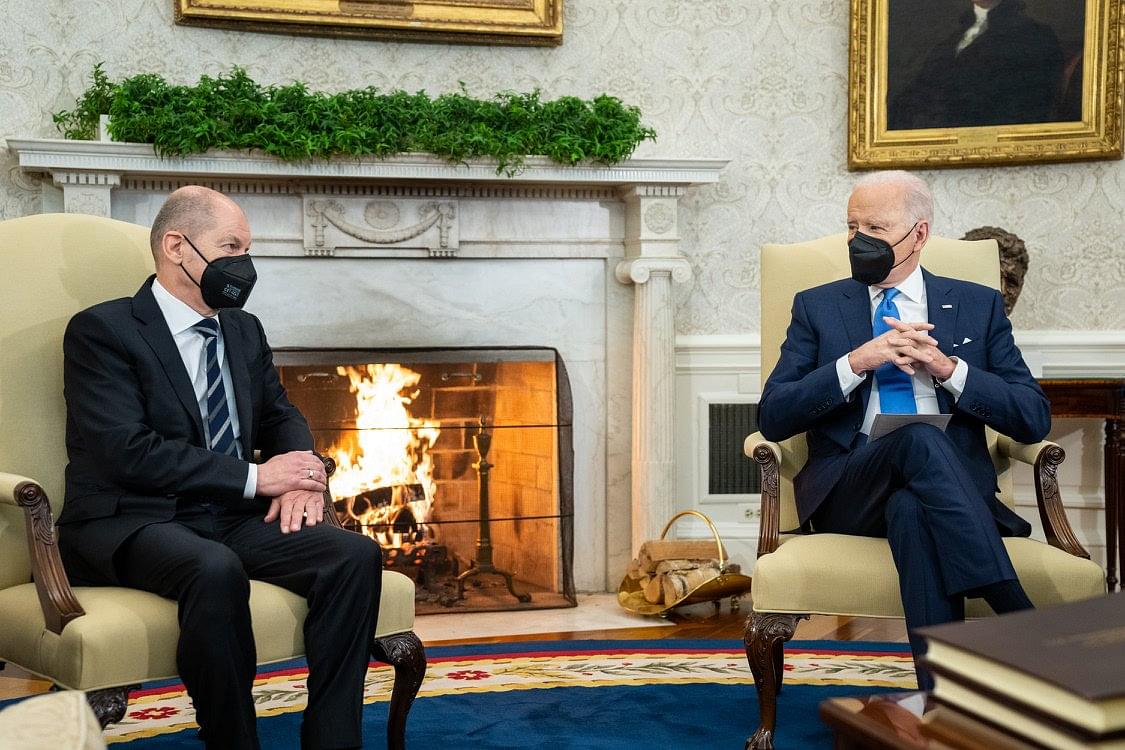 U.S President said on Monday (Feb 7) that the constructed but not yet commissioned Nord Stream 2 pipeline from Russia to Germany will not go forward in the event of a Russian invasion of Ukraine.

During a joint press conference with German Chancellor Olaf Scholz, Biden said “If Russia invades, that means tanks or troops crossing the border of Ukraine, again, then there will be no longer Nord Stream 2. We will bring an end to it,”

“I promise you we will be able to do that,” Biden added, though he declined to provide details on how he would ensure the pipeline would be brought to an end.

Chancellor Scholz however sounded non-committal. He said it is important to “not spell out everything in public” while adding that “far-reaching measures” have been “well-prepared” by both countries.

Nord Stream 2, a German-Russian gas pipeline across the Baltic sea, has been completed but has not been put into operation in part because the Germany’s Federal Network Agency (BNetzA) is yet to assess compliance with energy company laws. EU rules require the companies that produce, transport and distribute gas within the bloc to be separate, or "unbundled."

The ensuing energy crisis has turned the spotlight back onto the controversial Nord Stream 2 project.

In July last year, US and Germany struck a compromise over the controversial Nord Stream 2 gas pipeline under which Berlin pledged to respond to any attempt by Russia to use energy as a weapon against Ukraine and other Central and Eastern European countries.

The announcement followed a bilateral meeting last week at the White House between U.S President Joe Biden and the then German Chancellor Angela Merkel

"The United States and Germany are united in their determination to hold Russia to account for its aggression and malign activities by imposing costs via sanctions and other tools," the statement released at the end of the summit read.

The U.S was earlier opposed to the pipeline. Former Secretary of State Mike Pompeo had described Nord Stream 2 as one of “Russia’s malign influence projects”. The U.S claimed that completion of the project would increase European reliance on Russia

Ukraine and Poland are both against the construction of the Nord Stream 2, which they fear will undermine European energy security and lead to lost revenues as transit countries for Russian gas.

The energy pipeline project has also faced some domestic opposition in Germany.

Nord Stream 2 is an under-construction underwater twin pipeline that on completion will transport natural gas from Russia directly to Germany. 35 percent of German gas imports come from Russia.

Nord Stream 2 was constructed by Nord Stream 2 AG, a consortium incorporated in Switzerland. The consortium controls the segments of the twin-leg pipeline in Danish, Swedish, Finnish and Russian waters of the Baltic Sea.

Nord Stream 2, which is now fully constructed, is an underwater twin pipeline that will transport natural gas from Russia directly to Germany. At a length of 1,230 kilometres, it follows the route of the existing Nord Stream twin pipeline underneath the Baltic Sea.