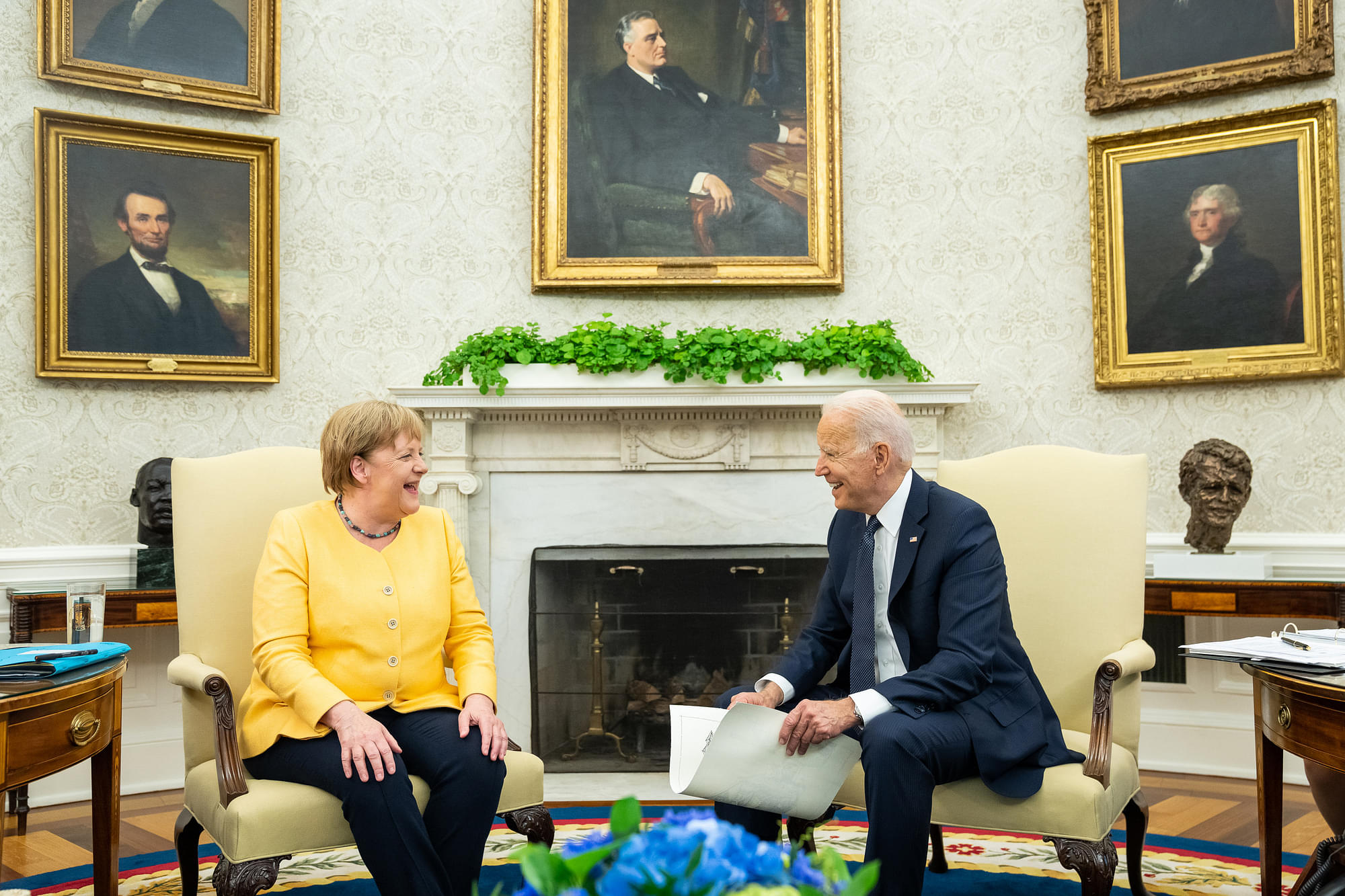 The US and Germany have struck a compromise over the controversial Nord Stream 2 gas pipeline under which Berlin pledged to respond to any attempt by Russia to use energy as a weapon against Ukraine and other Central and Eastern European countries.

The twin pipeline project is almost complete, with only about 160 out of a planned 1,220km remaining. However the construction of project has been on halt since Dec 2019 when the Swiss pipeline manufacturer Allseas stopped work after threats of targeted US sanctions.

In a joint statement, the two countries pledged to support Ukraine and to sanction Russia if it tries to weaponise energy supplies for gaining geopolitical leverage.

The announcement comes after a bilateral meeting last week at the White House between U.S President Joe Biden and German Chancellor Angela Merkel

"The United States and Germany are united in their determination to hold Russia to account for its aggression and malign activities by imposing costs via sanctions and other tools," the statement read.

"Should Russia attempt to use energy as a weapon or commit further aggressive acts against Ukraine, Germany will take action at the national level and press for effective measures at the European level, including sanctions, to limit Russian export capabilities to Europe in the energy sector, including gas, and/or in other economically relevant sectors," it said.

As part of the agreement, Germany agreed to make investments into Ukraine and to actively ensure Moscow and Kyiv extend a gas transit agreement.

Germany and the US also unveiled a plan to invest $1 billion (€0.85 billion) in a "Green Fund" to foster Ukrainian green-tech infrastructure, encompassing renewable energy and related industries, with the goal of improving Ukraine's energy independence.

"Germany will provide an initial donation to the fund of at least $175 million and will work toward extending its commitments in the coming budget years," the agreement stated.

The U.S was previously opposed to the pipeline. Former Secretary of State Pompeo had described Nord Stream 2 as one of “Russia’s malign influence projects”. The U.S claimed that completion of the project would increase European reliance on Russia

Ukraine and Poland are both against the construction of the Nord Stream 2, which they fear will undermine European energy security and lead to lost revenues as transit countries for Russian gas.

Nord Stream 2 is an under-construction underwater twin pipeline that on completion will transport natural gas from Russia directly to Germany. 35 percent of German gas imports come from Russia.

Merkel however resisted calls to end the project. Characterising it is a “business project” that needs to be completed, Merkel has argued that Navalny case “should be decoupled” from the Nord Stream 2 discussion.

The U.S. and many European countries oppose the pipeline‘s construction, which they argue rewards Russia’s bad behavior.