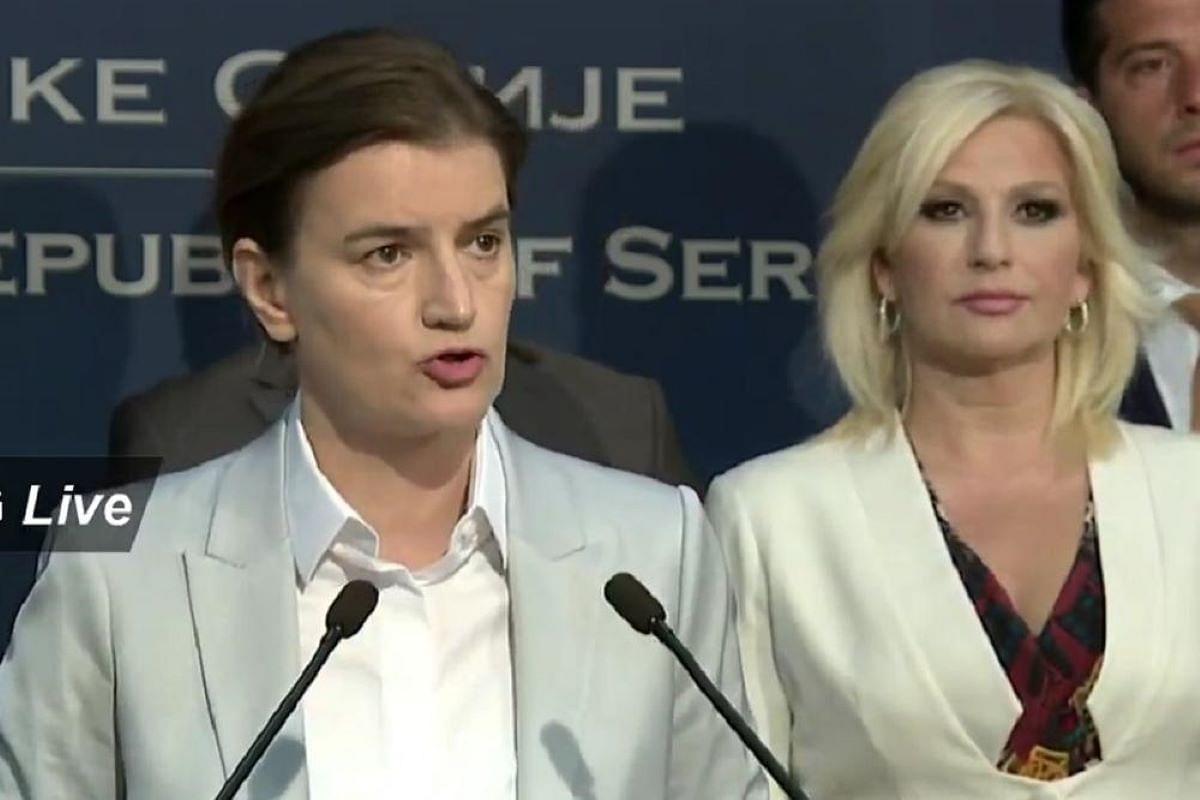 Serbian leaders have castigated environmental groups for forcing them to scrap the $2.4 billion lithium project of Anglo-Austalian mining giant Rio Tinto, warning the move could jeopardised efforts by the government to diversify the country’s economy and secure energy security.

Serbian Prime Minister Ana Brnabic on Thursday (Jan 20) announced the cancellation of a plan to allow Rio Tinto to build a lithium mine.

The project was scrapped after the country was hit by large-scale protests organised by groups like Ecological Uprising, the Alliance of Environmental Organizations of Serbia (SEOS), civic platform Akcija, Don’t Let Belgrade Drown movement and others.

In December 2021, thousands of environmental protesters took to the streets in Belgrade demanding that the proposed project be scrapped. They blocked major roads, bringing traffic in the capital to a complete halt. The protesters also expressed concern over the 'amount of pollution' the mine would create. The local community has been opposed to project saying that it will destroy scenic landscape and will require acquiring farmlands.

"We have fulfilled all the demands from the environmental protests and have put an end to Rio Tinto in the Republic of Serbia," Brnabic said during a televised address.

While pointing out that all the demands of the environmental protests were met, PM Brnabic said "there are no words to describe the hypocrisy of foreigners who finance these organizations and protests."

"I talked about this with several ambassadors and conveyed the same message to them," the Prime Minister said.

Brnabic severely criticised the role of the opposition Democratic party.

"As far as I remember, in 2006, when Rio Tinto received the permit, Democratic Party was in power under President Boris Tadic. Today, the same people block traffic, along with border crossings." Brnabic said.

It is not clear to me if these protests are environmental, why didn't you ask Nebojsa Zelenovic ( current leader of the centre-left Together for Serbia party) why they gave permission and brought Rio Tinto to Serbia, and today they are trying to build their political future on that." Brnabic added.

Zorana Mihajlovic, Serbia’s mining and energy minister, also joined the PM in criticising the role of environmental group. She accused them of injecting politics into environmental issues.

“The government showed it wanted the dialogue … (and) attempts to use ecology for political purposes demonstrate they (green groups) care nothing about the lives of the people, nor the industrial development,” Mihajlovic told reporters.

As the largest greenfield mining investment in Serbia, the project promised to make 1 per cent direct and 4 per cent indirect contribution to the country’s GDP, with many Serbian suppliers being involved in the construction of the mine. The project would had significant employment potential, creating 2,100 jobs during construction and 1,000 mining and processing jobs once in production.

Serbian battery developer ElevenEs had unveiled plans to build a $1.2 billion a factory to make and recycle EV batteries in Subotica. The company has reportedly developed its own technology to produce lithium iron phosphate (LFP) batteries for EV and energy storage applications.

Japan's Nidec was also planning to spend about $1.9 billion to build an electric vehicle motor factory in Serbia.

The European Battery Alliance, a network of electric vehicle supply chain companies formed by Brussels, said the Jadar project “constituted an important share of potential European domestic supply.” Serbia is not a member of the EU, though it hopes to join the bloc in coming years.

“It would have contributed to support the growth of a nascent industrial battery-related ecosystem in Serbia, contributing to a substantial amount to Serbia’s annual GDP,” the alliance said in a statement.

The decision is a setback to Anglo-Australian miner’s ambition to become Europe’s largest supplier of the metal used in electric vehicles.

Rio Tinto committed to investing $2.4 billion to construct the mine. At full capacity, the Jadar mine was expected to produce 58,000 tonnes of refined battery-grade lithium carbonate a year, making it Europe’s biggest lithium mine by output. Jadar lithium project was planning to commence production in 2027.

Rio Tinto may have already spend US$450 million in pre-feasibility, feasibility and other studies in Jadar to understand the nature of the Jadar deposit.

Lithium is a critical component in battery making. Electric Vehicle(EV) batteries rely on a host of rare materials – from Lithium and Nickel, to Cobalt. With growth in EV industry, use of these rare elements are expected to increase, and therefore could lead to supply chain issues in future as availability of these rare elements is concentrated in few countries only.

Experts said the world’s shortage of lithium had been forecast to last for another three years at least, but the scrapping of the Jadar project could exacerbate shortfall of the key battery mineral