Why Modi must fight on F.D.I. 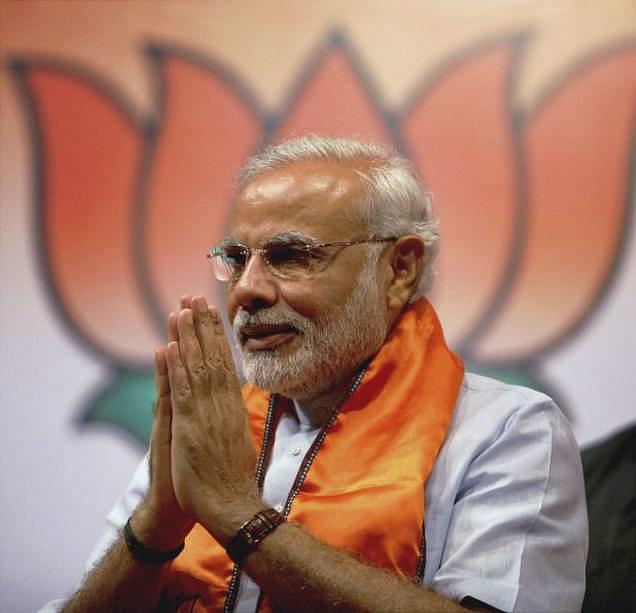 Yes yes, I know what you are thinking, the answer, assuming you were trying to rob and were stopped cold by Harry Callahan, “Do I Feel Lucky”.

On the other hand, the rest of you,  non-robbing people, might be thinking more in lines of “Huh,  what the hell you are talking, FDI is not, I repeat not an issue”.

And you will be right, I am not talking about Foreign Direct Investment, while I do support it, I don’t think it is relevant in electoral politics or even it is a hill to make your last stand on as far as principles are concerned. I am talking about something entirely different. F.D.I here stands for Federalism, Development and India.

Before explaining that, a minor and one which may seem to be stating the obvious, digression.

Five important point to keep in mind considering the elections.

First, we are well and truly past the era of pan India leader who could win majority on his own. Sadly neither the political strategy of  BJP nor the online chatter of its supporter reflects this.

Second, BJP has to unlearn its lessons of heady days of 90’s, specifically, BJP can’t bank on cathartic issues to win elections.  This gives me no pleasure, I am in favor of not just Ayodhya but also Mathura and Kashi, but real life doesn’t work that way.

Third, a consequence of first and second, elections will always be fought around multiple personalities and multiple issues.

Fourth, political discussion in India  is either too narrowly focused on the psephology, demographics and political intrigues without any regards to policy, or too preoccupied with policy without paying heed to electoral maths, the same dichotomy is reflected in online chatter of right. This has to change, successful politics has to combine and harmonize both policy discussion and electoral reality. The consequence of this is there is a dearth of issues which are both sound on policy and popular appeal.

Fifth, a consequence of third and fifth, the most viable political strategy is to identify issues which have both popular appeal as well as with entrenched sections, which are sound policy wise, and more importantly have a common philosophical theme.

Returning to the main topic, Federalism is not a vote getter at present (can that be changed, we will see later*), however what it is, a strong USP for BJP to prospective allies, also it is a sound policy. There is no reason why some faceless babu, sitting in Delhi, must dictate to  a bumbling farmer from Coimbatore how to eat his (Ragi) balls . It is true that BJP has always been for greater decentralization, however now federalism deserves to be at front and centre of political strategy.

Development in my opinion is the killer issue for BJP, with its track record in economic and social development it can regain credibility with a disenchanted middle class as well as aspiring sections of populace. (Imagine making pitch to a rural Dalit  cursed with wretched poverty, migrate to city, find employment in industry, and get rid both of poverty and social discrimination).

Modi has always focused on these issues in his speeches . It is time BJP makes them USP of its campaign.

* Politicians, especially conservatives,  in US have a tried and tested formula, run against Washington DC. BJP can try running against Delhi Sultanate. I am sure voters in Maharashtra, Tamizh Nadu, and Karnataka will not be amused when explained how Delhi is extorting their states.