Swarajya Conversations: Join Us For An Hour-Long Chat With Raghav Bahl In Delhi 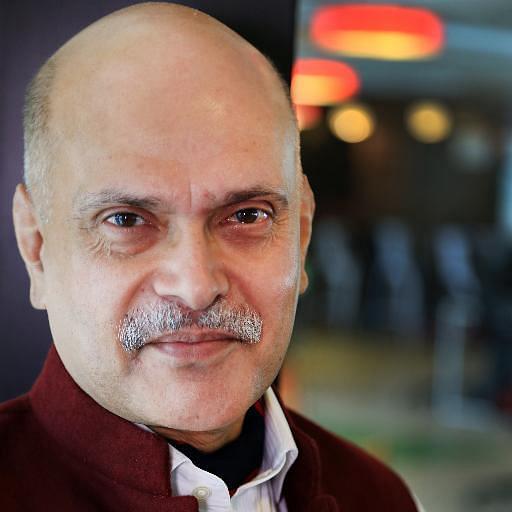 In this latest edition of Swarajya Conversations, Swarajya will speak to Raghav Bahl on the Future of Journalism: Possibilities and Prospects.

Raghav Bahl is a serial entrepreneur and investor. He founded the media group Network 18, and has seeded companies like Moneycontrol, BookMyShow, Firstpost and Yatra, among others. After his exit from Network 18, he founded The Quintillion Media Pvt Ltd.

Bahl graduated from St Stephen’s with an economics honours and then earned an MBA from the Faculty of Management Studies, Delhi. He began his career as a management consultant at AF Ferguson and then a stint at Amex. But news was his calling. So he went on to set up Network 18, which is among India’s top media houses today.

In addition, Bahl has managed long and successful partnerships with some of the world’s leading media brands like CNBC, Viacom, BBC, Time Warner and Forbes, among others.

Swarajya’s chief strategy officer Rahul Roushan will be in conversation with Bahl in this edition of Swarajya Conversations.

Roushan was the brains and hands behind the popular satirical news product Faking News. He started his career as a TV journalist and worked for around two-and-a-half years with a regional news channel as a copy editor, bulletin producer and news anchor. While pursuing a PG diploma in management from IIM Ahmedabad, he started crickstock.com (Cricket Stock Exchange), which was subsequently sold off to a US-based gaming website.

Then, after engaging in some independent management consulting, he launched Faking News in September 2008. His brainchild was later acquired in May 2013 by Network 18.

In September 2016, Roushan joined Swarajya as its chief strategy officer.

Swarajya Conversations is a series that features a 60-minute dialogue between a renowned public intellectual and the Swarajya presenter. The dialogue includes illuminating discussions with some of India’s leading scholars, economists and policy experts.

Swarajya would love to see you at the event.

For entry passes, please get in touch with us using this form. Subscribers will be given first preference.