A B Vajpayee: A Journalist By Profession, A Poet By Choice, A Politician By Chance! 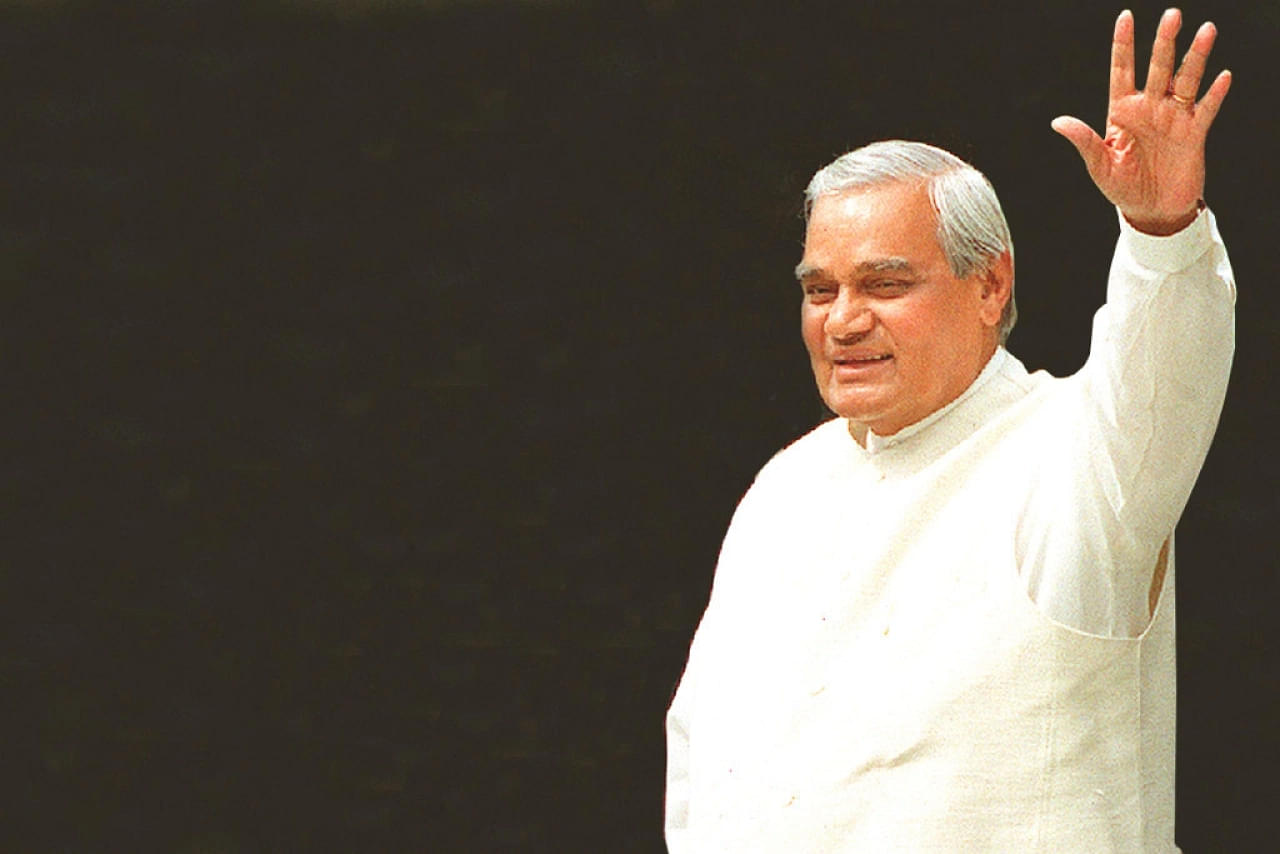 Two consecutive Augusts have brought only bad news for the country, the Bharatiya Janata Party (BJP) and thousands of admirers of two of the most sophisticated, refined and respected leaders of our times.

One the mentee of the other, while the other being a mentor to perhaps thousands of us.

On this day (16 August) last year, India lost one of its most progressive prime ministers — Bharat Ratna Atal Bihari Vajpayee, the reformer-in-chief and the original architect of 21st century India.

Vajpayee started his career as a journalist but destiny had other plans for him as he found himself in politics. As a parliamentarian, he spent decades in the opposition, which gave him the unique opportunity to identify and — more importantly — highlight the problems that successive governments had made since Independence.

This experience came in handy when he became India’s prime minister. Despite becoming the prime minister three times — as fate would have it — he could complete only one full term. In an era earmarked by coalition politics, he showed how a non-Congress government could not just rule but provide a strong and stable government.

The first time he became the prime minister, his government lasted for only 13 days and during the trust vote that he lost, he shared an important flaw in India’s public discourse.

In his concluding speech, he asked political parties to think about the interests of the people and work together in the event of fractured mandates rather than look at petty political interests.

At the end of the speech, before he resigned as the prime minister of India, he mentioned how parties and governments will come and go but the democratic setup must be strengthened.

Naturally, no other political party managed to provide a stable government and elections were held again. This time too, the BJP emerged as the single largest party, and he was re-elected as the prime minister. Two events were major achievements of his short 13-month second stint as the PM.

First was the series of Pokhran tests that were successfully conducted despite a lot of international pressure. Sanctions were imposed on India post the tests; however, Vajpayee appealed to the NRIs to invest or deposit in India to help mitigate these risks.

To the surprise of many, Indians who were settled abroad sent money in ever increasing numbers to mitigate the impact of the US-imposed sanctions.

Second was the successful defeat of Pakistan in the Kargil conflict, when he became India’s first serving PM to enter an active war zone as he visited soldiers in Kargil to boost their morale.

It was in the 1999 elections that the National Democratic Alliance (NDA), under the leadership of Vajpayee, secured over 300 seats and a stable government was formed that lasted a full term.

Over the course of the next five years we witnessed an unprecedented focus on developing public infrastructure, rural road networks and ensuring a strong economy.

Be it the overhaul of the Public Distribution System (PDS) by introducing the food-for-work program or the Sarwa Siksha Abhiyaan, the focus was on making India a 21st century modern country.

It comes as no surprise that one of the most successful disinvestment drives also occurred under Vajpayee’s leadership.

In many ways, the programs of our current Prime Minister, Narendra Modi are a logical extension of NDA 1.

Be it investments in public infrastructure, focus on education, or the delivery of public goods, Narendra Modi has managed to amplify the scale of these programs and only strengthened the legacy of Vajpayee; he has re-established what we term as ‘good-governance’ in the country.

The most important legacy of Vajpayee was in terms of his diplomatic success and outreach efforts towards stabilizing South Asia. He made several efforts towards mending relations with all our neighbours, including Pakistan, and even PM Modi in his first term worked extensively to put in place a process of dialogue.

The fact that political instability in Pakistan derailed it is a separate issue altogether but the fact that genuine attempts were made by both is going to go down in history as sincere attempts to resolve a 70-year long conflict.

Another parallel can be drawn when one considers the Indo-US relations, which were nurtured by Vajpayee and only strengthened by Modi.

The fact that these relations were pursued by Vajpayee despite the US imposing sanctions post the Pokhran tests reflects the pragmatic view of foreign policy under his leadership. Vajpayee always reiterated that US and India were natural allies.

Vajpayee was beyond politics and it was perhaps his humble nature combined with classic wit that made him one of India’s most adored leaders. For instance, it was very rare for him to explicitly say no to matters that were brought under his consideration.

His style was to ask others to think more on the subject as he navigated complex issues with much ease. Throughout his career, he was known as the right man in the wrong party — to which he responded by asking how can he be right if he’s in the wrong party and how can the party be wrong if he’s right?! He was a poet at heart.

I remember we once went to his place during the late 1980s as student leaders and he asked if we were hungry. Most college students are always hungry, and we said yes. To our surprise, he himself cooked khichidi (a rice lentil dish) for all of us; that was his simplicity.

In one of the interviews held in my presence, he had mentioned previously that chilli chicken as his favourite food. The interviewer asked him if he really wanted to expose this answer, asked him if it was the most prudent response given that he’s a brahmin.

What he said next has stayed with me since then, “If we aren’t honest with the people, then why are we even in politics?”

Later, when he was the prime minister, he became concerned with the number of restrictions on his movements. Fond of street food, it was perhaps this that he missed the most, along with his ability to go on a cycle with his best friend, Advani, sitting behind him.

Post 2004, he retired from active politics and was away from public life from 2008 onwards.

There are very few partnerships in politics that stand the test of time. The dynamic duo of Atal-Advani was one such, where both leaders stood side by side as they built a political movement. They both often disagreed but their political and personal equations remained separate throughout their career.

Often when they disagreed during party meetings or later in cabinet meetings, they’d meet for dinner and discuss movies. The partnership of Modi-Shah is very similar to the partnership of Atal-Advani, a partnership that has built upon a political movement to make the world’s largest political party.

Despite being away from public life since 2008, last year we saw an entire nation stand still and mourn the loss at his unfortunate demise. This speaks volumes about the impression that Vajpayee has left behind on all of us.

A careful study into the life of Vajpayee reveals how his politics was governed by simplicity, honesty and integrity. While it is rare to find another statesman like him, India will be lucky if more leaders take inspiration from the life and times of Vajpayee.

Dr Sumeet Bhasin is the Director of Public Policy Research Centre and was a member of the BJP Social Media Committee for 2019 Lok Sabha Elections.