An Activist Speaks: A First Hand Account Of Varanasi’s Transformation 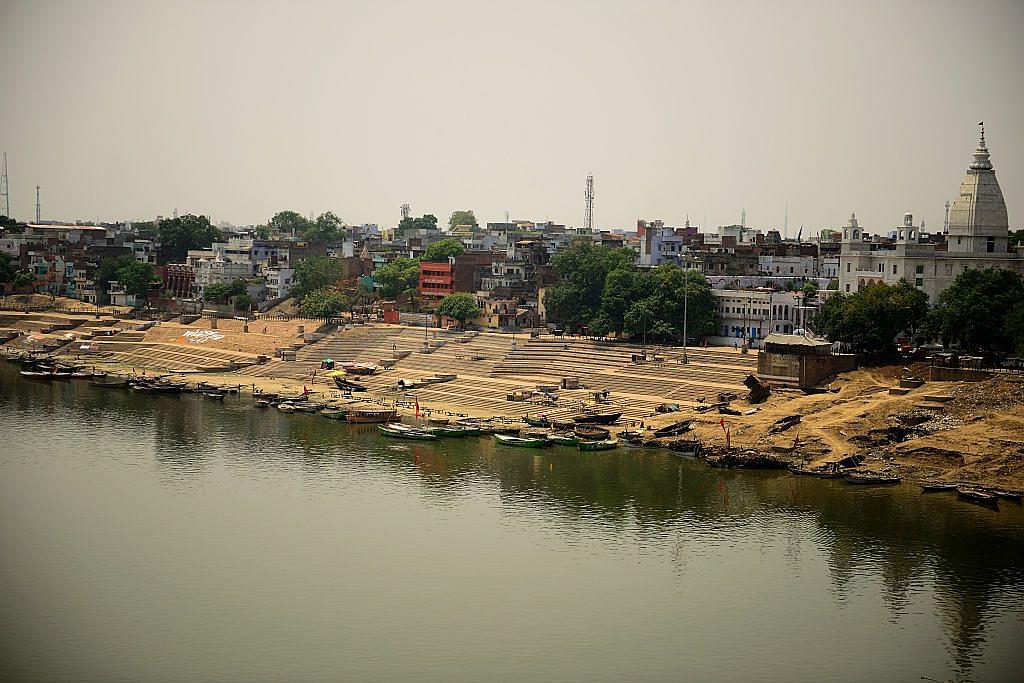 When the Prime Minister gave up Vadodara for Varanasi in 2014, he had a clear vision for this holy city – steeped in the mysticism of its ghats that wallow in the waters of the Ganga.

As Prime Minister Narendra Modi inches towards the end of his first term, and as the Bharatiya Janata Party (BJP) gets ready to face the electorate mid-2019, there are many questions on the minds of well-meaning citizens. Among them is, if India’s celebrated spiritual capital that has been fighting appalling living conditions and degrading environment is indeed on the promised path to resurgence.

Aided by copious funds, how did the election promises and the personal involvement of the Prime Minister, translate into on-the-ground development for Varanasi?

Personally, this puts me in a dilemma not because it's hard to list the changes that the ancient city has undergone, but because I do not know where to start. Today, Varanasi is a hotbed of development, and as a recipient of government magnanimity, its living environment has climbed several notches up. With the Rs 20,000 crore National Clean Ganga Mission as the central objective, the government got down to resurrecting Varanasi that is now witnessing a monumental transformation in connectivity, power, art, education and infrastructure, and aiming to increase tourism footfall significantly.

As a resident of Varanasi, this article is my experience of not only the visible development but also the meaningful changes. To gauge the extent of change that has taken place in the city, it’s important to weigh the progress made in the last four-and-a-half years against a Varanasi that was.

In Varanasi, it was a common sight to see people shamelessly relieving themselves by the roadside, and defecating in the open. It was a part of the landscape and everyone was used to it. There were almost no clean public toilets for women who had to ‘hold themselves’ until they reached home or found a decent place to answer nature’s call. It appeared that there was no scope for improvement, and I had resigned myself to the stench and fate. I settled for the best option available – cover my nose with a scented handkerchief and a face mask, and look away. Garbage, and there were loads of it, covered half of the road, and people still managed to use whatever was left of the roads. This was an integral part of our lives, here.

Things have changed for the better. Apart from door-to-door collection of garbage and continuous awareness programmes, authorities are involving citizens in the sanitation efforts. About 361 community toilets and urinals have been constructed in Varanasi city as part of the Swachh Bharat mission. Varanasi has become the first city in Uttar Pradesh that has successfully mapped its 235 community toilets and urinals on Google Maps. These facilities have been equipped with 17 feedback machines installed with three buttons – green denoting clean, yellow, okay; and red, dirty.

Roads and streets are much cleaner now, thanks to the almost 24x7 efforts of authorities involved in the effort. It’s almost a war on filth. There is scope for improvement. Much of its success depends on the people who have to get accustomed to the presence of public toilets, and using them, and benefit from the door-to-door garbage collection, rather than throwing rubbish in the nearest empty plot. It is also important to pay a nominal fee for these facilities to maintain a sustainable model.

The remarkable connectivity that Varanasi enjoys, today, can be realised from the time-consuming, tiring and costly travel one had to undertake to move in and out of the city.

Citing a personal experience, I would say, for a typical travel back home I had to catch a train late at midnight from Mughalsarai Junction, which is about 30 kilometres from my house, travel almost 18 to 22 hours to Guwahati from where another bus journey of 12 hours took me to my village. So, the journey used to take a minimum of 36 hours and an expense of almost Rs 3,000 to Rs 3,500. To travel to Delhi and other places, I had the option of boarding a train from Varanasi station, which was so shockingly dirty that I felt tired before even I started the journey. Taking a flight was too costly that I had to first fly to Kolkata and from there to Guwahati or Dimapur (a cheaper ticket would mean an overnight stay at Kolkata). Add to this, the tiring journey to Babatpur Airport, which took forever, thanks to the bad road and potholes.

Now, there is a direct flight from Varanasi to Guwahati, costing Rs 2,700, takes me well in time to catch a bus to my village – the travel time has come down to 14 hours from 36 hours. Thanks to the new road, the journey to Babatpur Airport is smooth and quick. Manduadih Station near my house is probably the best station in the entire eastern Uttar Pradesh, and this is where I board trains from. The Varanasi station, which used to wear a haunted look earlier, has undergone a massive change and is no more the place it used to be.

The irregular power supply forced me to purchase two inverters, while many got solar panels installed. During rains we knew there will not be any power, same was the case if there were heavy winds or bad weather. Absence of power for days was normal and we did not complain.

Although the inverter batteries have now become unusable, I didn’t have to replace them as the power cuts last for a short duration now a days. We had power supply during bad weather too. I was told that a lot was done to ensure uninterrupted power supply.

For us, the solution to heavy traffic jams was to avoid going out, and we hardly expected any change, as the authorities also seemed helpless.

It’s hard to believe, but it’s true that traffic police is using drones to monitor movement of vehicles, and the signals are working. The presence of dividers, diversions and the traffic police suggest that the authorities are not that helpless now, though a lot of work needs to be done in this area. Also, some discipline among the road users and mutual respect for each other will contribute positively to improved traffic situation. Ramnagar is now accessible with the completion of Samneghat Bridge, and work is underway for a bypass, which will cut down the travel time from the airport to Banaras Hindu University.

Dust, here, can pass off as fog, but now, it has reduced drastically, and one can could feel it in the environment.

Ghats were damaged and dirty earlier, so much so that one had to choose between either “adjusting” to the disgustingly dirty surroundings or not going there at all. Garbage would be dumped around the ghats and narrow streets by residents and just about anywhere that the sanitation workers found it impossible to clean the mess.

Now, regular cleaning of ghats and streets has resulted in a complete makeover. Ghats have been repaired and now a visitor is inspired to spend hours sitting on the steps and watching the Ganga flow by.

These are just a few changes that anyone can notice in Varanasi, and which happened in the past four-and-a-half years.

The Varanasi model is a testimony to new benchmarks being set in governance. With a Rs 2,520 crore smart city proposal working to put Varanasi on the world map; the city will also serve as a remarkable development model with the fastest train, Train 18, set to operate between Varanasi and Delhi; and key highway projects and the first ever multi-modal terminal on the Ganga getting off the ground. An Indo-Japanese partnership is seeking to model Varanasi on a Kyoto-style smart city, supported by an ambitious Swachh Bharat mission whose enterprising initiatives is already showing discernible results.

The government is marching on, despite the hurdles and distractions, to make sure that Varanasi gets the respect and place it deserves, not only in India but globally. As a proud resident of the city, I’m looking forward to a day that will unravel the Varanasi we have read only in stories and books.