Dear Anarchists, India Is Not USA 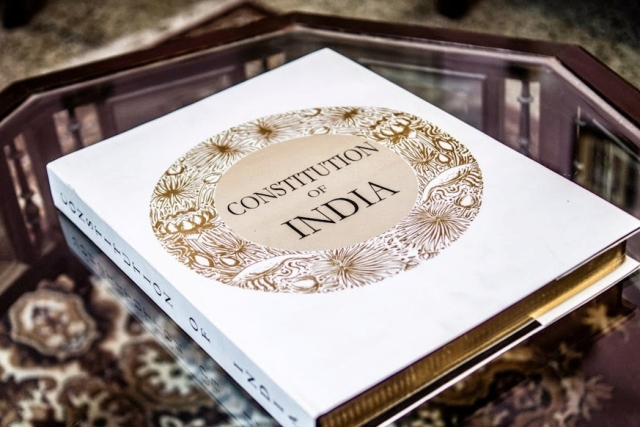 Rioting and looting of properties in the US, by people calling themselves as protestors, under slogans and banners of ‘#BlackLivesMatter’, seems like a dream-come-true for anarchists.

Their ideological brethren in India dream of similar scenes.

While rioting in India has been religiously motivated, anarchists have never been able to convert it against the state itself.

As Indians, we take tolerance for granted.

The first time I pondered over it was while reading the famous book Shantaram, wherein an Australian living in Mumbai’s slums notes that if so many people lived in such conditions in any city of Europe, there would be large-scale riots.

The current migrant march during the lockdown is a testimony for poor Indians not antagonising their fellow countrymen over the failure of the state apparatus.

This unique phenomenon is visible through out South East Asia, right up to Japan.

Even the protest in Hong Kong, despite all the police brutality, hasn’t agonised the local citizens.

The possible reason for this uniqueness has to be deep rooted, deeper into the subconscious than written laws.

I argue it is civilisational.

The Western civilisation is based on individual RIGHTs. Ideas of the French Revolution are “RIGHT to Equality, RIGHT to Liberty and RIGHT to Fraternity”, form the philosophical basis of modern nation states.

Citizens in a modern state have rights which have served us brilliantly in the last century.

Civilisations in the East are premised on duty.

A Dharmic civilisation only talks of the duties of an individual vis-a-vis his state, his fellow human beings, and nature. So, instead of the citizen having to demand his right, the onus is on the state to fulfil its duty towards the citizen.

The rights argument seems flipped in Eastern societies where the citizen is not entitled to ‘rights’ but the state/king is obligated to grant hem. This is a minute philosophical difference which creates a huge difference in the real world.

Many social scientists marvel at Indian slums for being poor but law abiding. A rich man/woman can walk around in the poor neighbourhoods of India, mostly without the fear of being mugged or killed.

This is in stark contrast to the poor neighbourhoods in US and Europe. One reason for this is that the Indian poor does not hate the rich nor does it blame the rich for its own poverty.

Anarchy begins by establishing the victimhood narrative, which is an antithesis to pursuit of betterment and excellence.

A good case study is the Indian expat across the globe and the Pakistani Hindus who came to India in 1947. Within one generation, large number of Sindhis and Punjabis became successful in their chosen fields. Dr Manmohan Singh became our prime minister and L K Advani the leader of Opposition.

I think the victimhood narrative fails in India because the poor explain their lack of wealth by accident of birth and on the other hand, society pins it down to karma.

In India, the moment a victimhood narrative becomes violent on the ground, like in the form of Students Islamic Movement of India or the Naxal movement, it loses popular support even amongst the dissatisfied ethnic groups. Sarjeel Imams of India have very few takers even in their own ethnic groups, except the TV experts.

So dear anarchists, as long as laws of karma are deeply engrained in a society, the most you will get are non-violent protests. No ‘TV debates’ or ‘setting of narrative’ can fight off the subconsciously engrained ideas of Karma.