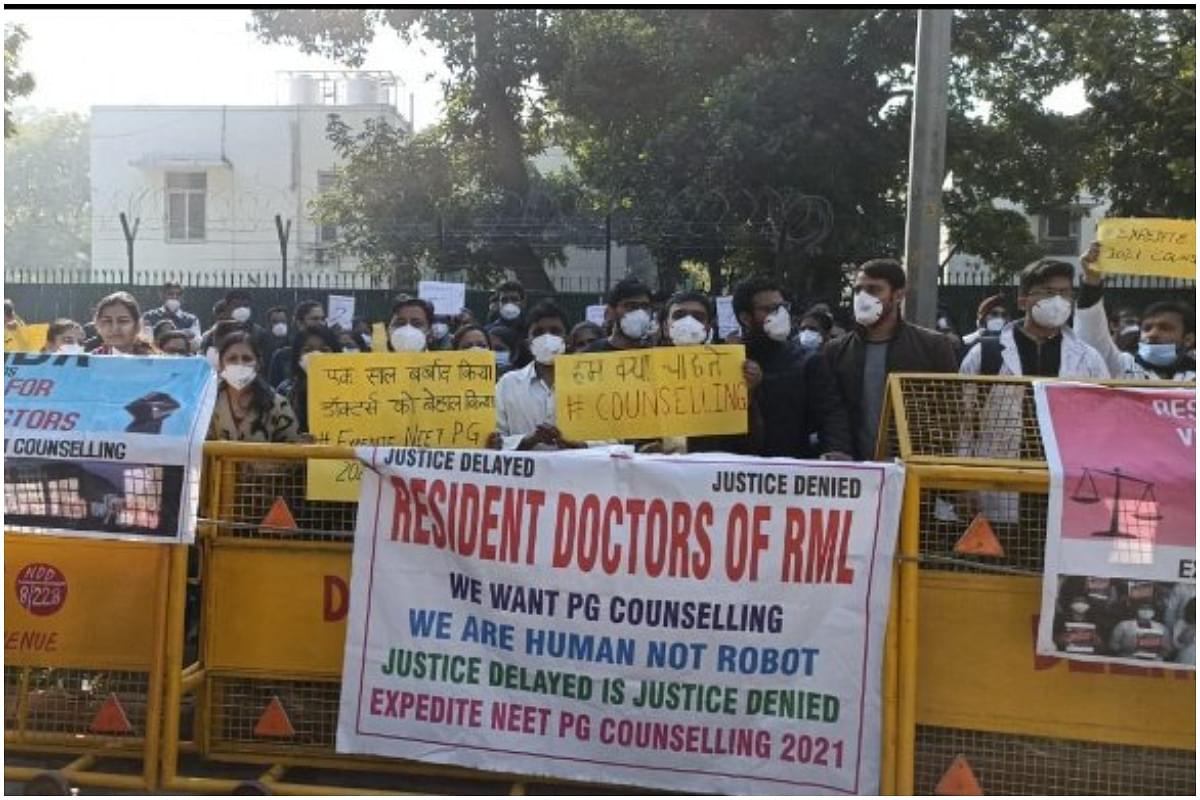 A few weeks ago, doctors disgruntled with the slow moving NEET-PG counseling process staged protests in New Delhi. The lathi of administration descended upon them.

Soon after, the Honourable Supreme Court came out with its judgment upholding the Centre’s decision to extend Other Backward Classes (OBC) and Economically Weaker Sections (EWS) reservations to the All India Quota (AIQ) seats for undergraduate and postgraduate medical/dental courses. The original decision of the government had met with opposition. Writ petitions challenging the extension were filed in the Supreme Court.

Meanwhile, the NEET-PG 2021 results came out and some worrying events unfolded. A student whose All India Rank (AIR) was 8th (from among 1.6 Lakh students) said he could not get the dermatology seat he wanted.

In this context, the ruling of the Hon’ble Supreme Court came as the proverbial salt on wound. A section of Indian intelligentsia however lauded the judgment as a precedent that shall settle, for once and all times, the ‘merit vs. reservations debate’.

The Hon’ble Court in the 25th paragraph of the judgment relied on Ashwini Deshpande’s research that calls such competitive examinations ‘the gateway to a prized profession or status’. Such examinations ‘are steeped in hyperbole and are socially required (so to speak) to be traumatic bloodbaths’. ‘Anything less would not only undermine the status of the status that they are guarding, it would also endanger the main social function that such exams perform, which is to persuade the vast majority of aspirants to consent to their own exclusion’, his paper says. Competitive exams ‘are administered to guard the social prestige of the professional class’ and ‘that the prestige of entrance examinations’ is ‘a manufactured construct’.

The judgment leads to a few questions when it says ‘Reservations are one of the measures that is employed to overcome these [structural] barriers. The individual differences may be a result of the privilege, fortune, or circumstances but it cannot be used to negate the role of reservations in remedying the structural disadvantage that certain groups suffer’. It also says ‘The privileges that accrue to forward classes are not limited to having access to quality schooling and access to tutorials and coaching centres to prepare for a competitive examination but also includes their social networks and cultural capital (communication skills, accent, books or academic accomplishments) that they inherit from their family. The cultural capital ensures that a child is trained unconsciously by the familial environment to take up higher studies or posts commensurate with the family’s standing’ (Paragraph 24).

The order holds that ‘cultural capital’ ‘works to the disadvantage of individuals who are first-generation learners and come from communities whose traditional occupations do not result in the transmission of necessary skills required to perform well in open examination…’.

One cannot help but wonder the following:

2. Since the SEBC Commission’s (1990) report, no denomination has entered or exited the umbrella of ‘socially and educationally backward classes’. Should the citizens assume that in 32 years, there was no change in the social and educational status of any of the notified castes?

3. There has been no revision in the ratio of reserved to unreserved seats. If three decades of reservations have failed to produce more of the ‘cultural capital’ that unconsciously trains students to aspire for higher education, then one is forced to ask whether the problem really is the dearth of cultural capital.

In 'Indra Sawhney & Others vs. the Union of India' (1992), the petitioner had argued that caste could not be an acceptable factor to classify a group as backward. Notwithstanding, the Supreme Court upheld caste as a reliable indicator, but put in place a cap of 50 per cent on reservations.

Article 15[4] of the Constitution says “Nothing in this article or in clause (2) of Article 29 shall prevent the State from making any special provision for the advancement of any socially and educationally backward classes of citizens or for the Scheduled Castes and the Scheduled Tribes” [emphasis added]. Nowhere does the Constitution mention a need for affirmative action based on caste-identity alone.

The criterion for being a beneficiary of the state's affirmative action is already given to us by the makers of our polity: social and educational backwardness.

Justice G. Rohini Commission’s findings should have sent out tremors too. The commission said only 25 per cent of the 2,600 castes enumerated under the central OBC list usurp 97 per cent of the benefits. The remaining 2,000 communities do not seem to enjoy ‘cultural capital’ as well.

Even among the reserved communities, it is the affluent few who are usurping most of the benefits.

The 103rd Constitutional Amendment Act that brought to us the EWS quota, marks a transformative change in Indian jurisprudence. We are yet to see whether the Act stands the test of due process. The Maratha quota verdict seems to drop some hints on whether EWS reservations break the iron frame of basic structure.

The next step, in staying true to the new path our lawmakers have undertaken, should be the gradual move of the identity-based OBC reservations to issue-based reservations.