Gregory Stanton And His Sinister Claims Of 'Genocide' In India 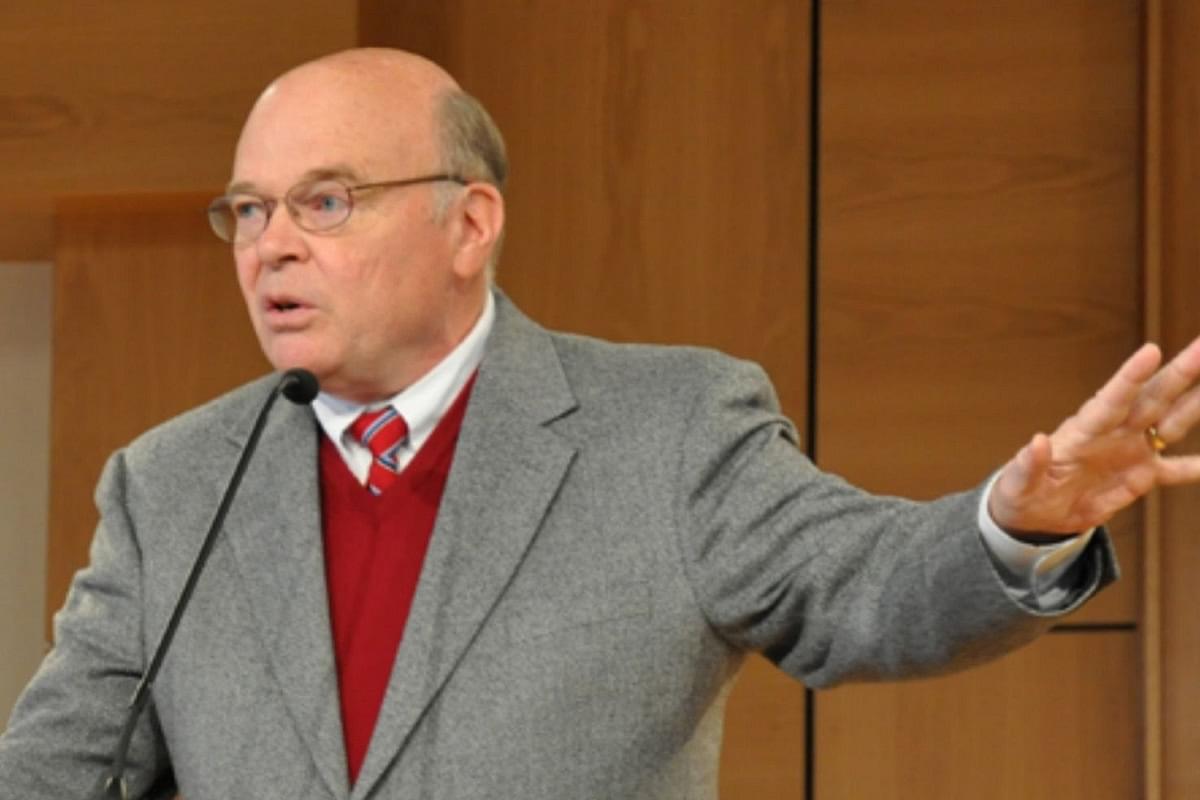 Last week, Gregory Stanton, founding president of Genocide Watch, who credited himself for predicting the Rwandan genocide, warned about an 'impending Muslim genocide' in India, at a Congressional briefing organised by Indian American Muslim Council (IAMC), an organisation known for spreading anti-India narratives in the US.

In his address, Stanton first accused the Indian government of discriminating against Muslims and then gradually moved to his prediction of a genocide. Expectedly, this speech was amplified by the Pakistani newspapers and the likes of Hussain Haidry.

Stanton's speech, vague as it were, was full of logical fallacies. Let us examine the claims made by Stanton against ground realities.

He started his speech by drawing attention to the 2002 Gujarat riots and unsurprisingly blamed Prime Minister Narendra Modi for it. “At that time, the chief minister of Gujarat was Narendra Modi,” he says, “and he did nothing. In fact, there is much evidence that he actually encouraged those massacres.”

Even after the then Gujarat CM Modi has been given a clean chit by India's judiciary, Stanton is not convinced.

He went on to say that Modi’s political dominion is built on the “anti-Muslim, Islamophobic rhetoric”.

His answer is that it has happened in two steps: removing Jammu and Kashmir's special status and enacting the Citizenship Amendment Act (CAA).

Stanton claimed that the revocation of Kashmir's special status was explicitly aimed at “restoring Hinduism and Hindu domination in Kashmir”. After making such a claim, Stanton did not care to elaborate or explain the rationale behind it.

Articles 370 and 35-A, which conferred the special status on J&K, in fact discriminated against the minorities and women of the state. The Permanent Resident Certificate (PRC) of the state, for example, came with special privileges and packages wherein women marrying anyone outside the state, and their child(ren), were not entitled to PRC, and will be deprived of their share in the ancestral property. (Non-PRC holders were ineligible for holding any property in the state).

The Valmikis (Dalits), who were brought to Jammu from Punjab, did not have access to any other jobs, and were confined to their traditional job of sweepers. Their children could not get admission study for professional degrees in the state because they did not have PRC. Not only this, despite residing in the state, they could not vote for assembly and local body elections. Indian soldiers belonging to the Gurkha community were also facing more or less similar issues, thanks to the PRC.

Even after India decriminalised homosexuality, it was still illegal in J&K. Right to Education and Right to Information were also absent in the state.

Only Stanton can claim that such an action has anything to do with “restoring Hindu domination in Kashmir”.

According to him, the CAA gives “specific favourable status to refugees who had come from Afghanistan, Pakistan and Bangladesh, who were of certain religious groups. But the one group that was excluded was Muslims”.

The CAA is a law meant for the endangered and persecuted minorities of Pakistan, Afghanistan and Bangladesh, but how is that related to the 'genocide of Muslims in India' which Stanton claims is about to happen? In August-September of last year, more than 700 Afghans, mostly Muslims, were recorded for new registration, according to UNHCR India. They have to wait for 12 years to get Indian citizenship through naturalisation. Where is the exclusion?

Stanton then went on to argue against documentation and said that that can lead to genocide. He conveniently ignores the fact that many terrorists of Pakistani and Bangladeshi nationality are caught in India with forged documents, compromising India’s national security (Read 1, 2, 3, 4).

Stanton refers to the conclave organised by Yati Narsinghanand in Haridwar, where calls for genocide were made. He claimed there were laws in India that could be enforced against such practices, “but Mr Modi has not spoken out against that violence”.

The speeches made in the Haridwar conference were indefensible, but Stanton's criticism misses several points: one, the law enforcement agencies in India have already started acting on that by filing cases and arresting the people involved. Two, the people present at the conclave were neither a part of the government nor elected representatives.

There are already serious questions raised on Stanton's organisation and methodology, ranging from its lack of data and harmful framework.

On a different note, Stanton has designed a model for what he calls ten stages of genocide, but has been highly selective when picking cases. One would hardly find him speaking on what happened with Kashmiri Hindus, Brus and Bhutanese Hindus, even though that would qualify for many of the 'stages of genocide' as defined by Stanton himself.

Stanton and IAMC have started this year by doing things they know the best — anti-India propaganda.