Hankering After Harris: Why Indians Must Be Shaken Off The Delusion 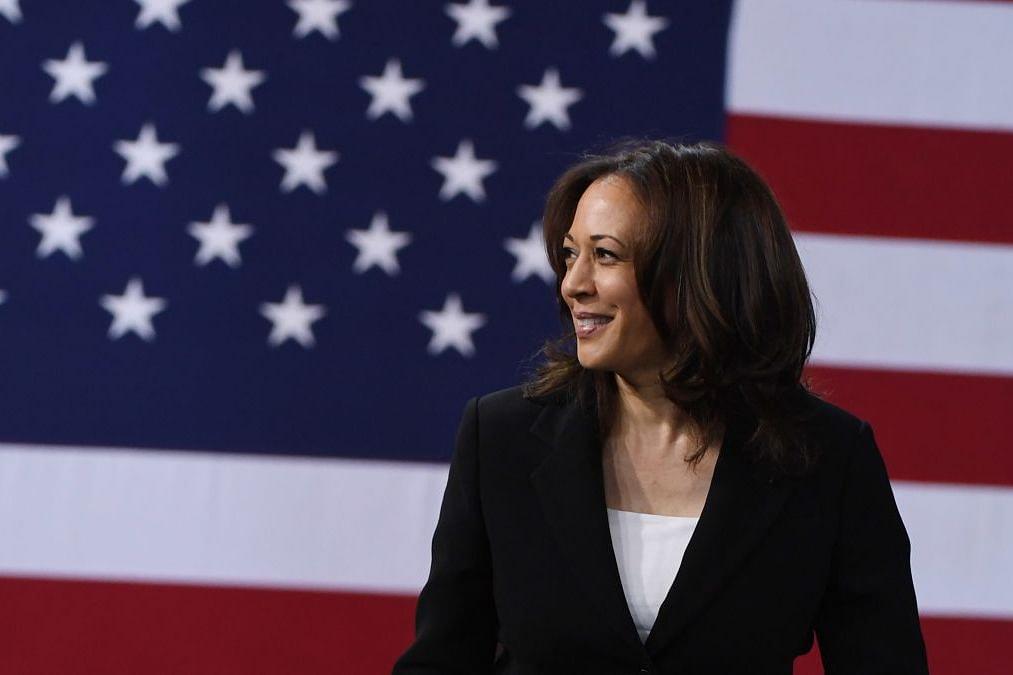 It has not even been a week since US presidential nominee for the Democratic Party, Joe Biden, chose Kamala Harris as his running mate, and excited Indians have started naming their grandchildren after her.

The aim of writing this is to shake those living in a land of delusion that Kamala Harris is an Indian, and more importantly, her becoming vice-president of the US would be good for India.

For starters, she does not recognise herself as Indian. She considers herself a black woman, owing to her paternal lineage. Her father was a black man from Jamaica. It’s only her name that is Hindu, otherwise she is a practising Baptist.

To understand Biden-Harris team’s stand towards India, here is an interesting fact.

Biden is a recipient of Pakistan’s second-highest civilian award ‘Hilal-e-Pakistan’ in 2015 for introducing a $1.5 billion non-military annual grant to Islamabad from 2010 to 2014.

He has often made statements against India’s Citizenship Amendment Act (CAA) and National Register of Citizens (NRC), showing his displeasure against these laws, and promising that if he is elected, he will raise the issue of Kashmir at international forums, and it is obvious who he will favour.

He is considered to have a deep influence in Pakistan politics as it is said that he was responsible for convincing General Pervez Musharraf to switch from being a military ruler to a democratically-elected leader.

In the words of prime minister Yousaf Raza Gillani in 2009, “he has done a lot for Pakistan”.

Recently, Biden’s campaign page carried a policy paper that called India’s CAA and NRC as irreconcilable with the country’s long traditions of secularism and multi-ethnic and multi-religious democracy.

Biden plans to host an Eid gathering at the White House, a special mention he made during one of his speeches, and to make liberal immigration policies which suits Pakistan.

He plans to host a global democracy summit, which will focus on supporting all democracies (again, raising Pakistan’s hopes) and combat rising authoritarianism, which is a sly hint towards Donald Trump and Narendra Modi.

Biden removed Amit Jani, the official in charge of ‘Muslim outreach programme’, because of Jani’s and his family’s closeness to Bharatiya Janata Party (BJP) and Prime Minister Modi. This was seen as Islamophobia by some and reported via petitions.

Ayaan Hirsi Ali, an activist and scholar, recently condemned Biden quoting a Hadith calling for jihad against all non-believers. This was because of his ties with various Muslim groups. But Ali was very clear of the fact that both Biden and Harris’s staff are full of radicals waiting to infiltrate the US government.

Biden selecting Harris as his running mate should not come as a surprise because she again had made statements like, “we have to remind Kashmiris that they are not alone in the world”.

Also, she was very vocal on her support for Congresswoman Pramila Jayapal when she was denied a meeting by India’s External Affairs Minister S Jaishankar in December 2019.

Jaishankar took a tough stand of not being part of a meeting, where Jayapal was an attendee too, because of her ill-informed and prejudiced statements on the Kashmir situation, which were overly critical of the Indian government.

Harris, who had recently dropped out of the US presidential race, made it a point to show her displeasure over the issue.

Harris has also been criticised over governance issues. She put a lot of people behind bars when she was the district attorney for San Francisco. She allegedly covered up a massive paedophilia scandal in the Catholic church during her term.

However, all these are internal issues of the US. So it’s between American voters and her. Apart from Biden’s heavy leaning towards Pakistan and willingness to chide and control India, Harris should also be viewed from the same lens. Is she good or bad for India?

Let’s try and get into some details. There is a picture of Kamala Harris and Alexander Soros doing the rounds on the Internet. Alexander is the son of George Soros, who had viciously attacked Prime Minister Modi at Davos at the World Economic Forum this year in January.

“In India, a democratically-elected Narendra Modi is creating a Hindu nationalist state, imposing punitive measures on Kashmir, a semi-autonomous Muslim region, and threatening to deprive millions of Muslims of their citizenship," he said.

Soros and Harris were in touch for many years, as Soros was the biggest donor to her 2015 senate campaign. He is also one of the leading Hillary Clinton donors. After Clinton’s loss to Trump, they have been preparing candidates to stand against him in 2020.

In 2014, The Los Angeles Times reported, “the organization (Californians for Safety and Justice, which was financed by Soros’ Open Society Foundations) operates under the umbrella of a San Francisco-based non-profit clearing house, which effectively shields its donor list and financial operations from public view.”

The report cited that since 2012 Soros had led a four-year, $16 million campaign to change California criminal policy, which Harris was deeply involved in as California Attorney General.

This is the same Soros, who runs a non-governmental organisation (NGO) called ‘Open Society Foundation’s Human Rights Initiative’, whose advisory board chairman is controversial Indian activist Harsh Mander, the same man who is accused in Shaheen Bagh case for instigation and other crimes.

Mander is also known very well to the Gandhi family and has received donations for his NGOs from them.

HRLN, was funded heavily by, guess who, George Soros’ society of which Mander is chairman on advisory board. Can you see the loop closing here?

Just to add to the Soros story, the daughter of our former prime minister, Manmohan Singh, also works as a human rights lawyer. Working from their New York office, Amrit Kaur directs the project on national security and counterterrorism at the Open Society Justice Initiative.

So the man who is funding the Democratic campaign in the US is also funding the Congress’ NGOs and a person, who is actively involved in disturbing peace in the country by instigating rioters.

All this is with an aim to make Modi look bad. It’s a known fact that Soros has a tendency to interfere in governments. By the looks of it, he must be and is deeply entrenched in the Congress party.

Imagine a scenario where a pro-Pakistan US president, a vice-president who hates India and never even wants to mention her Indian roots, supported and funded by the likes of Soros and connected to the Congress party, which signs secret MoUs with China and conducts secret meetings with Pakistan generals and politicians, get together and act against India. With internal and external attacks, it’s not easy to sustain.

Hence, we have no reason to celebrate the nomination of Kamala Harris. Rather this aspect should be highlighted to all Indian Americans who will vote and still care for India. As India starts to walk on the right and self-reliant path, let’s do everything possible to not break this momentum. Being Indian is not in name or parentage or caste or lineage, it’s the feeling of pride one carries inside.