Newton As India’s Entry To Oscars: What Does That Tell Us About Dissent In India? 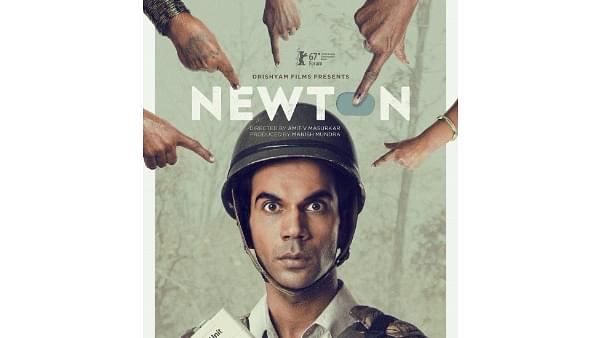 After the announcement about that is India’s entry to the Academy Awards for Best Foreign Language Film, a friend of mine who happens to be a big movie buff and I, went to watch Newton, with rather high hopes. My hopes and enthusiasm dampened to resemble bemused thoughtfulness as I walked out of the movie theatre almost two hours later.

Newton indeed is a brilliant film with some very fine acting performances. Much was said and written about this satire on Indian democracy and the ‘real’ issue that it addresses. Since the issue around which the movie revolves is real (non-fictional) it is only fair that we apply the same real lens to see how biased or balanced the movie is as compared to reality.

The movie begins with a politician being killed in a Naxal attack. After that, throughout the movie there is no substantial mention of any Naxal attack, almost making it seem like Naxal attacks are not real or serious enough.

Having said that, cinema is an art, and like any other art form, it is its creator’s perception. Art is whatever its creator wants it to be. Just like everyone else, the creator is entitled to his opinion. Art does not need to be politically correct. In this case, it is not the duty of the filmmaker to give the audience a nuanced and balanced view. The job of a filmmaker is not the same as that of a journalist or a scholar.

Those swayed by the narrative of ‘atmosphere of intolerance’ should probably ask themselves that which ‘intolerant’, ‘anti-intellectual’, ;fear-instilling government’ would be comfortable with a movie like Newton being sent to an international platform - a movie which questions democracy, the election process, government, and the army, all at once.

Newton’s entry to Oscars is a bitter pill to swallow not because it questions the major institutions, but because of the impressions it may create of the country on international platforms. This concern emanates from the fact that cinema does indeed help in creating a vague image of the society it portrays.

It was only a little over 70 years ago when we were told that we wouldn't be able to sustain our democracy. Do we want people at an international platform to believe that the movie portrays the ‘real’ India? We do not, because New Delhi, Bangalore and Ahmedabad are just as real of an India as the disturbed areas of Chhattisgarh.

So, while Newton is undoubtedly a fantastic piece of art, to my naïve mind, it is not the best suited for an international audience.

In any case, Newton’s entry to the Oscars re-affirms the fact that arguments being made by a certain section of the society about the present day government being a threat to creativity and freedom of expression are hollow and are motivated to do little else than creating a false narrative. No government which wants to clamp down on criticism would sit and do nothing while a movie like Newton is India’s entry to Oscars.

Avina Kohli is a research intern at Vision India Foundation.