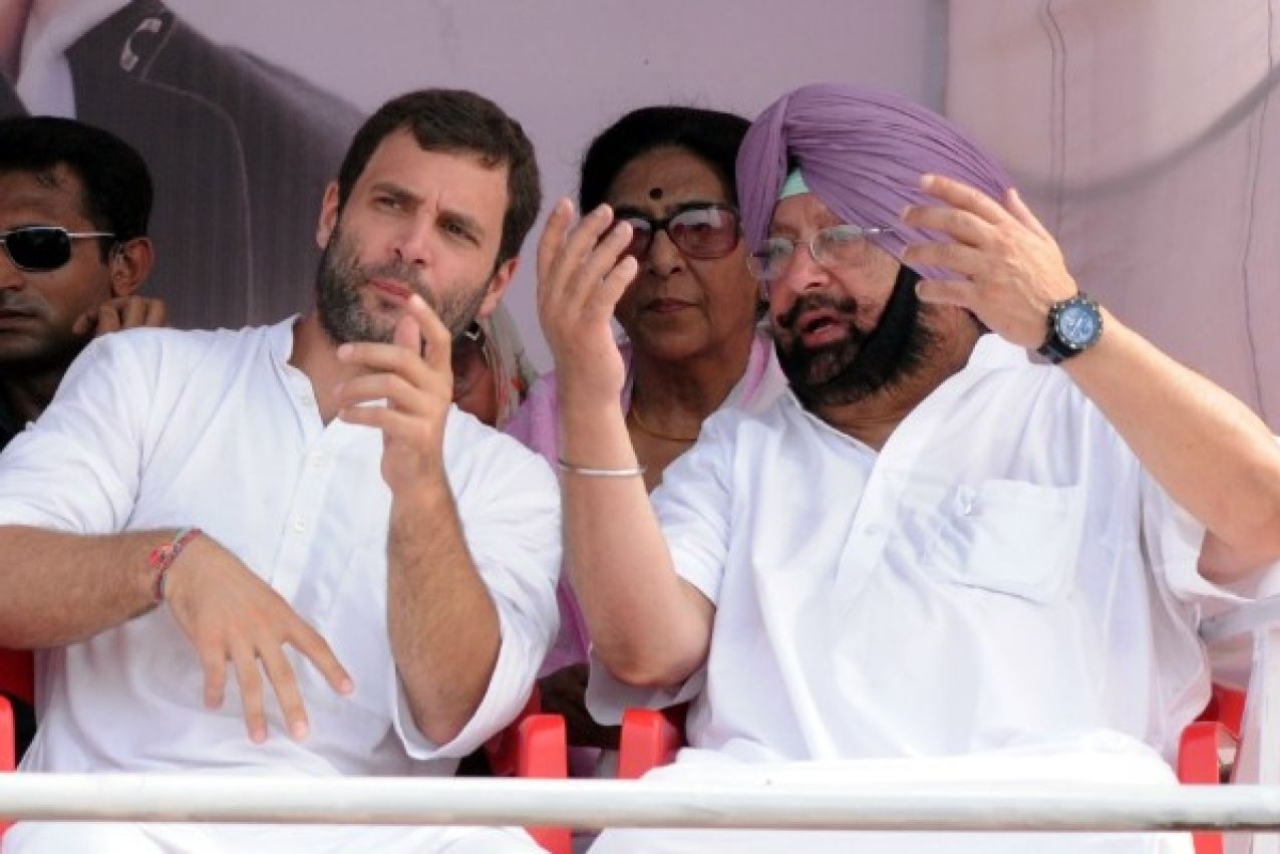 The Election Commission of India has announced the poll schedule, and the political pundits have begun analysing the situation from various angles. And most of them are assigning pole position to Narendra Modi in the ensuing elections. Post Balakot the approval rate of Modi as prime minister candidate has gone up drastically.

The Catch 22 situation for Congress and other opposition leaders was visible when they were willing to offer congratulations and appreciation to the Indian Air Force which carried out the strike but not to PM Modi who approved the strike. This article intends to look at an unexplored aspect of what Rahul Gandhi stands for today, notwithstanding the public posturing done by him and his mother in creating an anti-Modi alliance. Repeatedly, the top priority was assigned to “remove Modi at all costs”, with other aspects like the next PM etc, being put on the back burner for now.

Assuming that the incentives of all anti Modi parties are aligned to removing Modi as PM at all costs, certain actions of Rahul Gandhi stands out in stark contrast. Modi as PM draws strength from three segments of voters namely:

The reaction of Rahul Gandhi and other opposition leaders post Balakot betrays the high insecurity and fear of how Modi will be respected by the masses. And rightly so, survey after survey has been giving a higher approval rating to Modi as PM candidate post Balakot. It is here that one surprisingly feels that Rahul Gandhi and his mother are not sincere about the so-called top priority of the anti Modi alliance viz. removal of Modi as PM at all costs (or “anyone but Modi” doctrine).

PM Modi appeals to a very large segment of the core BJP voters, and given his stint as the chief minister of Gujarat for three terms, has support of large number of pro-development urban electorate. And thirdly, emotional-patriotism driven voters are likely to support Modi due to his action against Pakistan during Balakot strikes. Comparatively, Rahul Gandhi falls flat on all the three segments of voters viz:

However, the crux of this story revolves around Punjab Chief Minister Captain Amarinder Singh who won the state two times on his own brand of politics and delivered reasonably good governance, has a strong royal lineage and is held in high regard by the people. A former army officer, himself, who took part in 1965 war against Pakistan adds to the highest respect quotient, even from the Rashtriya Swayamsevak Sangh leaders. If one were to compare Captain Amarinder Singh as the Congress PM candidate against the BJP candidate Modi – the Congress stands a very high chance of giving a run for his money for PM Modi.

To reiterate, both Captain Singh and PM Modi have been very good administrators and leaders of their respective states as CMs. The core voters of Congress and BJP will anyway vote for the respective party candidate. However, it is the third segment of voters that can make a difference. While PM Modi undoubtedly has been a strong supporter of the armed forces, Captain Singh has the additional credentials of being a war veteran himself.

The Catch 22 situation for Rahul Gandhi is this – while he has a candidate in-house in Captain Singh who can probably remove PM Modi from the prime ministerial chair. And the flip side is that Captain Singh will not be a puppet Prime Minister like Manmohan Singh during the United Progressive Alliance era. He would likely be a man of his own destiny, instead of being remote controlled. Between the two candidates for PM position in the Congress, Captain Singh wins the contest hands down. While this may not necessarily guarantee that Modi will surely lose the elections if Captain Singh is made the PM candidate, the odds for the party will drastically increase in its favour by doing so. In the above context of post Balakot scenario, a war veteran like Captain Singh is more likely to stop Modi in his tracks rather than a dynast Rahul Gandhi.

If at all Rahul Gandhi believes in the concept of “Nation and party being bigger than individuals”, then he already has a winner in hand. But this comes at the expense of his own dreams and ambitions of being the PM of India. If Rahul Gandhi truly puts the Congress party above himself and his family interests and the nation, then the logical sequence of action would be anointing Captain Amarinder Singh as the challenger to PM Modi.

If Modi and Amit Shah have perfected the art of surprise manoeuvres, here is a great chance for Rahul Gandhi. The drama of “inner voice” will have no takers if done as a farce, as was the case in 2004, after the results are announced. Will Rahul Gandhi bite the bullet and make Captain Amarinder Singh the PM candidate, NOW?

History of the ‘first family’ in the Congress tells us that the party will let go of this opportunity ONLY for the reason that “asardar Sardar” (effective Sikh) like Captain Singh will be a leader in his own right and not be a puppet PM remote-controlled by the first family.

Sad that the Congress first family always puts the interest of an individual above that of the nation in stunning contrast to the BJP which follows the mantra of ‘nation first - party next-self last' which therefore allows strong capable individuals (even a chaiwalla, so to speak) to rise to the highest level possible in the Indian political system as the PM of India.

Balakot strike not just proved that Pakistan’s nuclear blackmail is a bluff, but also Rahul Gandhi’s claims that he is willing to put the interests of the party and country above his own personal interests. Not putting up Captain Singh as the Congress PM candidate is a sure shot signal that the Congress ‘first family’ was and is always a private limited firm and not into public service.

Will the real Rahul Gandhi, please stand up?

Dr. Samir Kagalkar holds a PhD from IIM Bangalore (Corporate Strategy &amp; Policy). Currently he is serving the Government of India as an Additional Private Secretary to Union Minister for Chemicals &amp; Fertilizers. Views expressed here are his own.

Get Swarajya in your inbox everyday. Subscribe here.
Tags:
239 Shares