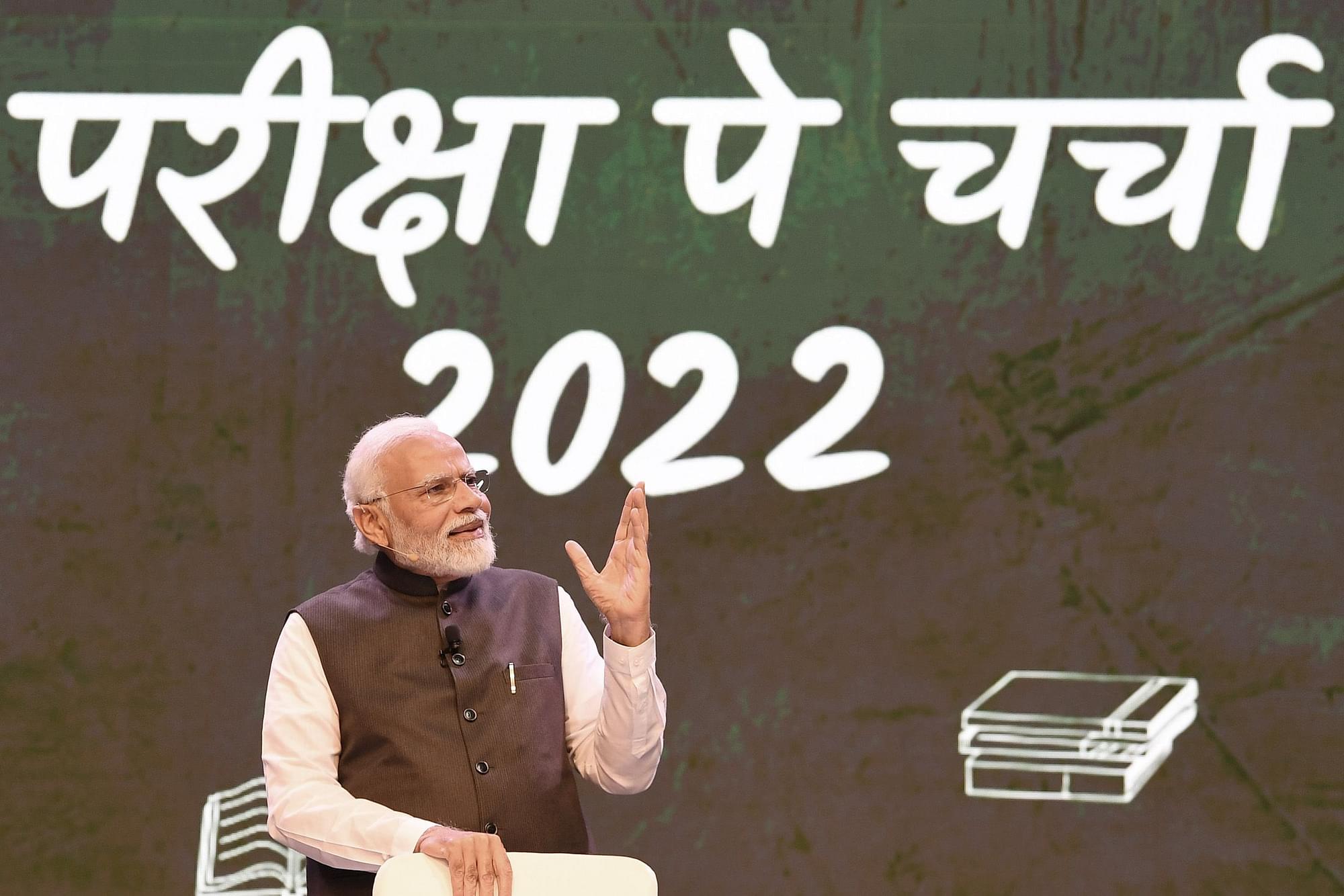 Pariksha Pe Charcha, the annual interaction with exam-facing students helmed by the Prime Minister may seem like an oddity to the casual observer, who may wonder if the subject – a conversation with students and parents on exams -- really needs intervention from none other than the Prime Minister. But anybody who takes the effort to look closely will realise that the positivity, wholesomeness, and empathy that the Prime Minister brings to the interaction is absolutely necessary given the stress that has come to be associated with exam season.

The Prime Minister’s incisive eye for the ground realities and a firm grasp on fundamental issues facing the general populace, including children, is a common theme across all his initiatives or transformative welfare schemes. However, in a society that had almost forgotten the elephant in the room, where lakhs of children are leading stressful lives due to exams, the Prime Minister has single-handedly spearheaded a healthy discourse that is important for the country. After all, can a nation that stresses out its children hope for a bright future?

It took PM Modi to bring to the centre-stage the genuine hardships crores of Indians faced on a daily basis through various schemes that provide toilets, water, gas connections, etc. Similarly, Pariksha Pe Charcha has mainstreamed discussions on exams, their impact on students’ psyche and the best way students, teachers and parents can build a stress-free environment.

This concern for students, a group of people who don’t have anything to do even remotely with politics, sets PM Modi apart from pretty much any national leader around the world or in India. What makes Pariksha Pe Charcha such an important platform is the simplicity and innocence attached to the atmosphere. The participants and other viewers instinctively understand that the interaction is not based on cynical calculations of politics in a hyper-politicised era, but born out of the genuine need to encourage students to speak their minds and receive sincere motivation without the fear of judgment.

In the Prime Minister, the audience gets to listen to possibly the most-qualified person available on the subject of taking on challenges thrown by life. Although it is slightly counter-intuitive given that PM Modi might have appeared in school exams over fifty years ago, his experience of acing the exam of life is second to none. The wealth of practical knowledge acquired through lived experiences, that saw him rise to the top from his humble background, is invaluable. After all, as PM Modi himself often tells the students, exams are small milestones in the journey of life.

Pariksha Pe Charcha, which has been held every year since 2018, shows the Prime Minister in the role of a friend, mentor, philosopher and a guide to the students. At the same time, the discussions on many topics are immensely beneficial to parents -- many of whom are possibly dealing with stressed adolescents for the first time, and are grappling with an appropriate response to the situation.

Some of the answers from PM Modi could come as a jolt to the parents, especially those who have unwittingly projected their own ambitions onto the kids. However, many of the answers reassure the parents that with fresh perspectives on dealing with adolescents in this phase of their lives.

In the final analysis, the overarching message that parents take away is that exams should always be looked at as opportunities for students to test themselves, learn from it and get better as a result, instead of treating it as a final frontier.

In the heat of the examination season, it’s easy for parents to forget that while exams are important in a limited context, they don’t determine the final course of life. They are also not a make-or-break moment for them or their children.

As important as these messages are for children and their parents, what makes them effective is the genuine sincerity with which PM Modi embraces the concerns of young people without dismissing them. His total immersion in the subject at hand makes the lasting connection with his audience possible – whether it’s an election rally or Pariksha Pe Charcha.

Some of the discussions on Pariksha Pe Charcha are genre-defying to say the least. They aren’t necessarily specific only to children because adults too struggle with maintaining focus, or retaining important details in memory or just managing stress. PM Modi’s takes on these issues are refreshingly original as he dives deep into his life, and pulls out insights that show is the reason for his success despite handling the most stressful job in India.

Even though the programme is explicitly meant for students, PM Modi’s words of wisdom are as applicable for a corporate executive struggling with the pressure of his or her job. In a way, the perspectives emerging out of Pariksha Pe Charcha are universal, they apply to anyone facing the challenge of life.