Book Review: This Novel Weaves A Thrilling Fantasy To Introduce The Future Warriors Of Dharma To Present Kurukshetra 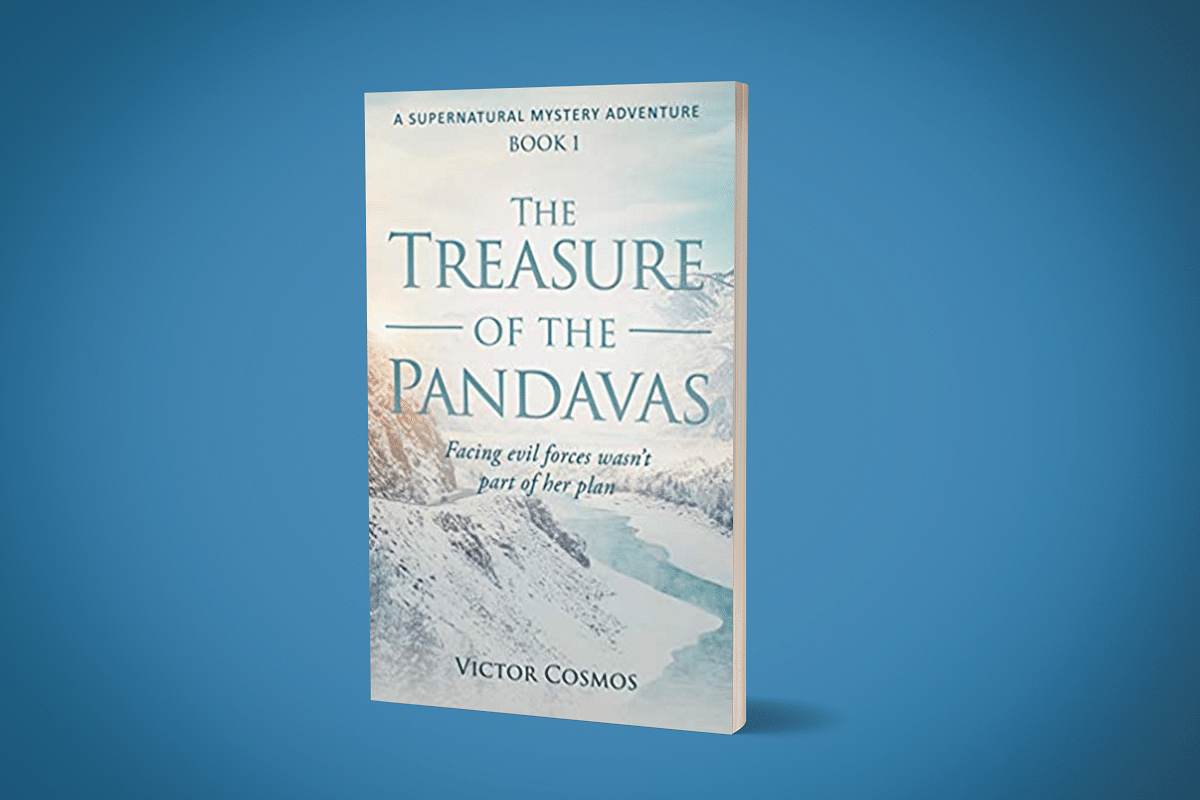 Treasure of the Pandavas, by Victor Cosmos.

We have failed to make the 'gen next' see the real battlefield. The youth need adventure. And today’s youth, who grew up with Harry Potter, want to slay Voldemort.

And fighting the State gives them that thrill.

The Modi government is not the People’s Republic of China or any other ‘Democratic Socialist’ Republic that would organ harvest the political prisoner. So really, there is no danger. There is a thrill, however.

The question is how do we reach out to the generation that has grown up with Harry Potter and hates reading serious stuff.

Perhaps, you may find the answer as you read on.

Frankly, this reviewer has read his share of the Indic versions of Dan Brown. So, when I got my copy of Treasure of the Pandavas, I started with apprehension.

And initially, I also thought I was quite right. The book starts with the lecture of an Irish-American mathematician ‘Dr. Robert Frawley’. A mathematician Nobel Laureate?

Should have been in theoretical physics, then.

But soon to my delight, I realised I had been wrong.

As the novel develops, it gives a good introduction to quite a lot of concepts relating to India, her Dharma, her sacred geography and her present-day society and politics.

In typical Michael Crichton style, the author does not care much about adding dimensions to his characters. They simply represent certain aspects in the drama that unfolds.

It is a treasure hunt.

Diana Warwick, a British girl, wants to discover the hidden treasure of the Pandavas, which her great grandfather Arthur Warwick had recorded to have discovered.

So, she comes to India. As the treasure hunt starts to speed up, we also find inimical forces waiting for the moment. They are more powerful and more organised.

And the names are explicitly chosen. No hidden symbolism. They are very open indictments.

So, there is the secret society established by Macaulay called SEPS — Society for the Eradication of Pagan Superstitions.

Then, there is a history professor from JNU, A Jawahar, who is not very good with respect to research and teaching but a master manipulator when it comes to lust for power.

This can be considered as both the strength and weakness of the book. Weakness, because a reader of this kind of fiction would love to work through a certain amount of detective work herself.

She should be able to tell ‘Ha! This symbolism is hidden here in the novel and I have uncovered it.’

There is no such space here. The strength is because, the enemies of Dharma are named and shamed.

The reader, probably in his mid or late-teens, can easily identify the characters and their intentions.

While in a Dr. Who or Star Trek, the villain is only a fantasy-infused entertaining symbol of evil, here ‘SEPS’ becomes a fictional caricature of the anti-Hindu civilisational front that is active in India: the Marxist-Macaulayist-evangelical-Islamist axis.

Of course, there is no secret society or even a conspiracy per se. But the confluence of anti-Hindu forces coming together is remarkably same as in this adventure novel.

So, the advantages of naming the enemies openly, even as a fantasy conspiracy club, is helpful in the sense that the teenagers who read the novel may understand that when they fight for Dharma and seek the hidden treasures of the Dharmic culture, the obstacles they face would be a part of the adventure.

The novel also wades through the troubled waters of the ‘Sethu-Samudram’ project, when the Dharmic seekers of treasure find themselves in Rameshwaram even as the dredging ship is going to destroy Ram Sethu.

The insensitivity of the rootless Macaulay-ite Indians gets discussed and then the adventurous seekers dive into the sea and sabotage the dredging ship.

Incidentally in 2007, the Ram Sethu destruction project did face a setback when the 150-tonne floating tug crane "Thangam", hired by Ram-Sethu demolishers, not only could not pull out the spud but also broke in its attempt to destroy the Sethu.

So, the author has done his research and has integrated his fiction with facts he may have observed as events unfolded around him.

Then there are visions for the true seekers. There are Yaksha dwarves. There is Bhairavi Brahmani. They are all guardians of the treasure.

At a point, the treasure hunt becomes an inner voyage. And there are parallels emerging — with lost ancient pagan traditions — Round Table of Arthur.

Yes! You read it right. The author is using the same 'Bhairavi Brahmani', the Tantric teacher of Sri Ramakrishna. And this is how she is woven into the story:

Bhairavi initiated Ramakrishna into Tantra and Kundalini Yoga. Ramakrishna considered himself to be a son of hers. It is believed that she is actually an earthly expansion of Kali Ma, who manifests from time to time to teach the transcendental knowledge, Vidya, and the intimate personal bhakti whenever there are deserving disciples who are ready to carry this priceless jewel.

She gives her instructions and initiations for a very short period of time, and then disappears, only to reappear again at an appropriate time later.

We should be thankful, for she has reappeared to help the Dharma cause.

In explaining the Hindu discoveries of inner sciences and traditions, the author almost has a fleeting touch of Jostein Gaarder’s Sophie’s World — not entirely, not systematically, but a glimpse of the magnificence of the Hindu tradition is revealed.

On the whole, the book is a welcome addition to the growing literature of Dharmic-adventure fiction.

It is a good fictional introduction with all elements of excitements (and no cheap stuff) for a Hindu teenager to the kind of dangers and nexuses she faces if she sets out to inherit the treasures of her ancestors.

That the author has made mostly Westerners as seekers of the treasure while the dominant Indian characters are those of the notorious SEPS, makes us a bit uncomfortable.

Are Indians becoming incapable of taking forward our own Dharmic legacy? Are we to be just passive guardians at best or ignorant or perverted collaborators in the destruction of our own civilisation at worst?

Perhaps, the author intends us to ask these disturbing questions.

The book is quite a fabulous attempt, at introducing the most intricate web of the spiritual dimensions of Dharma and the present-day battle of Kurukshetra and the war we are engaged in to the next generation.

Despite being the author’s first novel, the book is a forceful drama, despite certain displays of first time author-weakness in craft. But the fire is there as well as the courage and the need to tell it in an uncompromising way.

The book is only the first of a series. We can expect the craft getting more and more fine tuned in the coming books.

Even as it is now, this book is also a gripping movie waiting for a good director.

You can consider buying the book at this link.