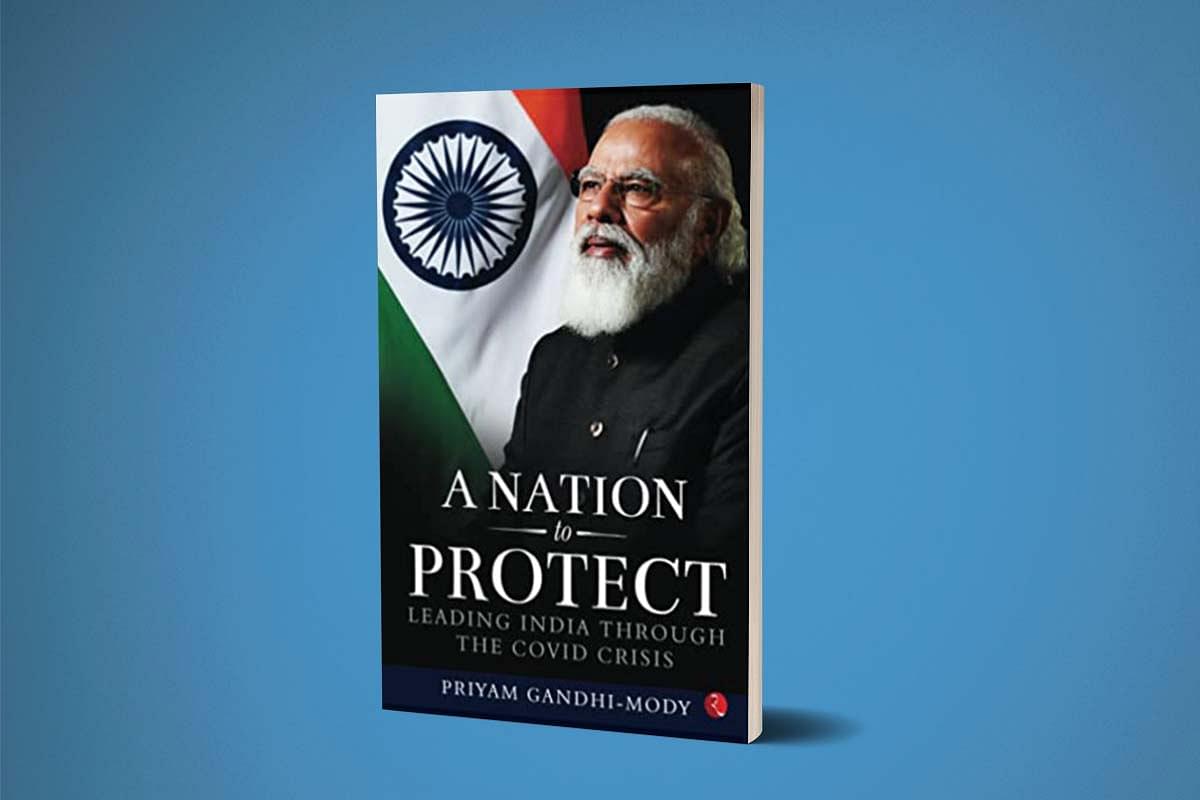 The cover of the book, A Nation To Protect: Leading India Through The Covid Crisis

Even as the world, and especially Europe, South Korea and China, are experiencing a new wave of Covid-19, the numbers in India have been showing a steady decline. At the time of writing, India had just over 30,000 active cases and 5.16 lakh deaths. Though western pundits are unwilling to credit India with good performance in tackling Covid, with various reports claiming much higher death counts than officially declared, anyone with any understanding of the scale of India’s challenges — a weak healthcare system, large and diverse populations, and crowded public spaces that make for easy transmission of a disease — would applaud India for what it achieved with so little going for it.

You may not be a fanboy or fangirl of Narendra Modi, but it is difficult to deny that the Prime Minister has led the fight from the front all through, thus encouraging — and challenging — the state-level leaders belonging to different parties to also rise to the challenge. And most of them did. Over the last two years, India has seen three Covid waves, the last one (Delta) being particularly vicious, but racing against time, the Modi government not only aided the creation of two vaccines (and helped the development of many more) that could be administered to the entire adult population, but also enough protective equipment and masks to help frontline workers and ordinary people. We also saw the development of the Arogya Setu app, and the CoWin portal, both of which have ensured transparency and up-to-date information on everything that has to do with Covid-19.

To be sure, the Covid crisis is far from over even now, but to get a blow-by-blow account of how India proactively fought the various Covid waves so far, there is now a good book, A Nation To Protect: Leading India Through the Covid Crisis, to tell you the story. Written by Priyam Gandhi-Mody, an alumna of University of Delaware and Florida State University, who lives in Mumbai, this book will tell us things we never knew, or things we have been quick to forget in the rush of other events, including the border clashes with China and other global developments.

The book’s strength is its chronological narrative of the government’s responses to the pandemic from mid-January 2020 (when we had zero active cases) to mid-December 2021 (when we still had over 81,000), and the Omicron wave was just about to rear its head. The importance of chronology cannot be overstated when the state of our knowledge on the virus has been constantly evolving. When you have a once-in-a-century health threat, governments, and even the medical fraternity, have to operate partially in the dark, for little is known about the virus and initial responses can be over-the-top or even wrong.

It is worth recalling that even the World Health Organization (WHO) did not recommend masking as a protective option for people in public places till June 2020, by when India had already recommended the idea to the general public. We were ahead of the curve here. In many ways, India was faster than WHO in protecting its people, and cloth masks of various types hit the bazaars well before WHO recommended masking in public places in June 2020.

That the Modi government was very proactive in dealing with the Covid threat is obvious from the book, which documents how the Prime Minister’s key advisors, Dr V K Paul of NITI Aayog and K Vijay Raghavan, Principal Scientific Advisor, brought him up to speed at the initial stages of the crisis in January 2020 itself. Once he was convinced of the need for decisive action, the Prime Minister could be counted upon to take difficult decisions in the interest of the nation.

The Prime Minister’s own political savvy was apparent from the way he handled the expert advice to lock down to prevent an exponential spread of the virus, Modi’s reaction was simple: we cannot lock down 1.3 billion people suddenly without warning. This is when he hit upon the idea of the Janta curfew on 22 March, when Modi asked people to stay indoors and thank the healthcare and frontline staff for their efforts. When this voluntary curfew succeeded with many people even banging plates and vessels from their balconies, Modi found the confidence to urge people to rally behind the cause. The three-week lockdown followed two days later.

It's not that everything went like clockwork. Soon after the lockdown, migrant labour started heading towards bus and train stations, and many even started walking towards their villages hundreds of miles away. Clearly, the mass exodus was not anticipated — and that is certainly a blackmark for the government. And it took some time for it to realise that people who wanted to go home should not be forcibly kept in cities where the lack of a portable ration card prevented them from accessing subsidised grain from the public distribution system. The crisis, however, provided the government with the right incentive for creating a ration card that could be used anywhere in the country.

The book has some harsh words for sections of the media, and specially Rajdeep Sardesai, who she believes was needlessly spreading unauthenticated news. When the Prime Minister asked the nation to put off their lights for nine minutes on 5 April in order to resolve to fight Covid as a united nation, sections of the media, including Sardesai, talked about the possibility of a grid failure because of this. But nothing of that kind ever happened, for the grid experts know how to deal with sudden increases and drops in electricity demand.

The government’s support for the development and production of two vaccines, Covishield and Covaxin, must rank as one of India’s proudest achievements in the pandemic. Produced and administered on a scale unprecedented in history, this effort is well documented in the book. It is worth recalling that India started its vaccination drive barely a few weeks after the US and the west did so, but over the next 12 months it easily became the world’s largest immunisation drive ever, with 1.8 billion doses administered as of 18 March 2022. Of this, 970 million have received at least one dose. That this was achieved despite heckling and criticism by the opposition and motivated journalists shows how determined leadership makes all the difference in a crisis.

Which brings us to the devastating second wave, the Delta wave, which spiked so fast and so quickly, that it overwhelmed some parts of the healthcare system despite its augmentation in the first phase. Scenes showing people going to gurudwaras for oxygen and bodies floating down the Ganga were said to be the defining moments of the second wave, but the book gives us a counter-narrative which is encouraging. For example, when the oxygen crisis unfolded, and Maharashtra was about to run out of oxygen, a conversation between Mumbai Municipal Commissioner Iqbal Chahal and Union Cabinet Rajiv Gauba ensured that oxygen from Reliance in Jamnagar could be quickly moved to Mumbai for the state’s accelerating needs. Even though Centre and state were ruled by different parties, the solutions were found in a spirit of cooperation. This contrasts with the needless confrontation between the Delhi government and the Centre over oxygen supplies.

This book is a must-read for those who want to understand how the government, including many state governments, worked hard to help India overcome the Covid crisis despite its handicaps and the need to take care of a very large population. It is a must-read especially for the media, which tends to be hypercritical of the government when the reality has been quite different. A country like India will face many challenges, given its size and complexity, but the Covid crisis can, with some exceptions, be seen as a demonstration of what we can achieve when we focus on the problem and not our own egos. This applies to media as much as politicians and inveterate critics of Narendra Modi. By leading through example, Modi made it possible for proactive states to do their bit in dealing with the pandemic.