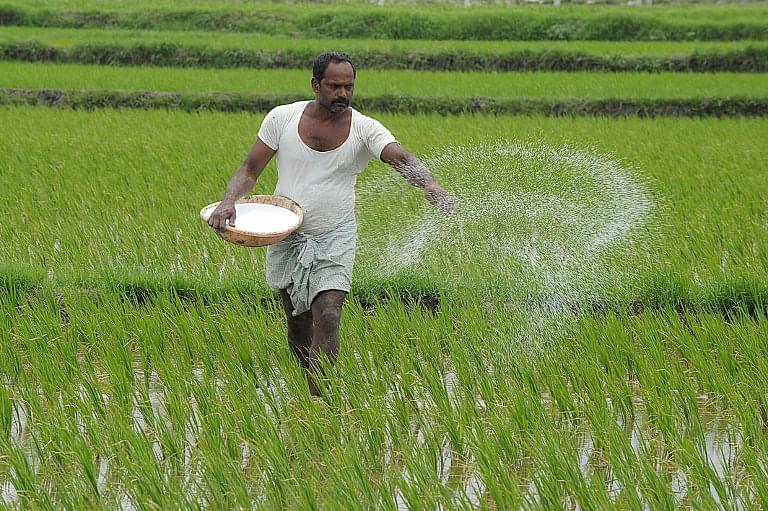 By bringing up the crop insurance scheme, the government has taken the right initiative in moving away from plain subsidies, towards a market oriented approach.

Today, the cabinet has cleared a new crop insurance scheme which will go into implementation from the next Kharif season and will probably feature prominently in the upcoming budget. This will subsume the other insurance schemes already in place that have fallen short of their objectives.

The new scheme should be seen in the light of increasing rural distress. Farmers’ income have halved in the last two years due to drop in overall demand and weak exports of agriculture products.

Matters have been made worse by two cycles of poor monsoon and a deadly spell of unseasonal rains that destroyed crops all over northern India last year.

BJP’s dwindling fortunes in rural India, as vividly evident from the crushing defeat in Bihar and Congress revival in rural Gujarat in recent municipal polls, has perhaps forced the party to wake up to the resentment among rural populace.

The current crop insurance schemes cover only 23 percent of the farmers. Most of the farmers either don’t know about the existence of such schemes or don’t have access to these. The majority of farmers in India have small land holdings and they are charged the insurance premium at par with the rich farmers, which can go as high as up to 25 percent.

Those, who do take up insurance through the Kisan Credit Cards, fail to claim their due amount due to unpaid dues on their bank loans. The current insurance schemes cover only half of the states. Among these states, important ones from the point of view of agriculture like Punjab, Haryana, Uttar Pradesh and Madhya Pradesh have very low insurance cover. States which have high level of insurance cover have equally high levels of insurance frauds.

Of course no one scheme can clean up the mess in agriculture sector in India. It’s certainly a better wine in the old bottle. The cabinet note has laid out some clear objectives and made important tweaks. Below five are of the most important:

All said and done, the devil, as they say is in implementation. Though the new scheme will clear major hurdles, how serious government goes about in implementing it will determine its success. Most of the farmers are not even aware of the current insurance schemes.

If Modi personally follows on this like he did with Jan Dhan and social security schemes by making banks as partners then there is no reason why it shouldn’t succeed.

There hasn’t been any clarity on how much a farmer will be assured per hectare. The commonsense solution is to at least cover his investment costs to sow the crop, as well as to pay for the fertilizers, electricity to grow the next one. This will ensure stability and bring down the number of farmer suicides.

Insurance fraud is a major obstacle to the success of such scheme. Government has to make sure that, no middlemen are allowed to steal the money intended for deserving farmers. Here, PM Modi’s JAM trinity will of great help. Direct Benefit Transfers (DBT) will not only eradicate middlemen, it will also help farmers get the crop damages in time.

The main failure of governments policies in the past has been to not treat agriculture as a business. It is commendable that with this market oriented approach, Modi government has dared to steer in that direction. It should handle this in the most professional way possible.

Crop insurance is of course small term strategy that can help farmers tackle bad harvests but no approach, however market oriented can obviate the need for long term strategy, which calls for huge investments in irrigation and technology, and moving away from water guzzling crops like rice and sugarcane.