Excellence Begins In The Heart 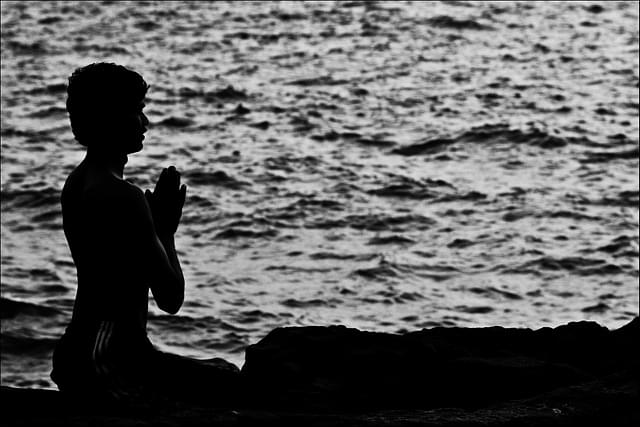 The crisis of leadership in India stems from the fact that our leaders have not gone through the trial of testing their values in the real world of experience: the head and the heart.

Disappointed at losing the race, the hare challenged the tortoise once more and having realized that his earlier failure to win was caused by laxity and carelessness, he easily won the second race. Accordingly: the fast and consistent will always beat the slow and steady. There are some within organizations who are diligent and reliable but slow, and yet others who are methodical but fast. In such a scenario, ceteris paribus (all other things being equal), the chances are that the fast and dependable will climb the organizational ladder faster than the slow and methodical. So: it’s certainly a virtue to be slow and steady but it’s even better to be fast and dependable.

This time, it was the tortoise’s turn to do some rethinking. He realized that to compete on an equal footing, he will have to change the rules of engagement. Perhaps, a different route? He challenged the hare and they set out yet once more. The hare stuck to his newfound wisdom to be consistently fast and ran at top speed only to come to the bank of a river, wondering what he should do next. The finishing line was still a couple of kilometers away. The tortoise exploited that opportunity and swam across and finished the race. Lesson: identify your core competency and arrange the field to create a fit between aspiration and ability.

But the story doesn’t end here. The tortoise and the hare had now become good friends. They decided to run once more but this time as a team. The hare carried the tortoise until they reached the riverbank and the tortoise carried the hare across the river. This way they both reached the destination. The point is: it’s good to be individually outstanding but unless you are able to harness collective energies into a team, you will always perform below par and somebody else will invariably do better.

There are still other lessons. The fact that neither parties gave up after failure is worthy of attention. Failure actually made them try even harder. There is therefore a good case to thank the Supreme Being for putting hurdles in our path because these are meant to correct us and not penalize us! Failure is essentially the mother of opportunity. When confronted with failure, it’s a good idea to exert more effort rather than less. Or try something else or change strategy or do both, depending on what is appropriate to prevailing context.

The journey of excellence is connected therefore to the urge to become a good human being. It is critical to understand why this becomes necessary, if not essential. George Bernard Shaw once said that education is a wonderful thing but very little of what needs to be known can seldom be taught. What Shaw meant by this very profound observation is that there are only some matters that can be covered and explained within the four walls of a classroom. Textbooks can impart only a very limited form of knowledge. For knowledge to be really effective, it is necessary to move outside the classroom and supplement theoretical knowledge with practical experience. Life skills for example can only be acquired through experience.

This is because education is of two kinds. One is its outer aspect, and the other is its inner aspect. Scientific knowledge deals with the outer physical world, while spiritual knowledge deals with the inner world that is both subtle and supple. While both are exacting, it is inner education that lays the foundation and outer education the scaffolding. This is why Albert Einstein once said that education is what remains after one has forgotten what one had learnt in school.

Modern education is heavily tilted in favour of the former at the expense of neglecting the latter. It aims to develop the head without developing the heart. Analytical intelligence develops the head but emotional and spiritual intelligence develops the heart. Education needs to be revamped in favour of a system that is more relevant and reflects the needs of the times. We are still caught in a post-colonial mindset. We have neglected to contemporize the insights contained in our indigenous wisdom traditions and have failed to stimulate our institutions of higher education to become world class institutions.

It is widely known that Indians do remarkably well outside the country rather than inside the country. We are the richest minority in the United States. If the assets of Non-Resident Indians in the US alone are capitalized, they would be many times India’s GDP. Leveraging our native genius requires that we build upon our strengths to anchor them on the world stage. The genius of the Indian mind lies in its capacity to grapple with multiple contradictions simultaneously. It is unafraid of complexity. The ability to think up new ideas must be matched by the skill of implementation in designing systems and processes to translate ideas into action. We are good in generating ideas but wanting in implementing them. This is where the West scores over us. We must learn from them.

The youth in India want to realize their dreams and aspirations. It is this constituency that our Prime Minister is highlighting when he emphasizes the need to focus our attention on development. It is education that will provide the key to open this unprecedented storehouse of talent.

The crisis of leadership in India stems from the fact that people occupying leadership positions have not gone through the trial of fire or testing their values in the real world of experience: the head and the heart. As the Dalai Lama once expressed it: “When educating the minds of our youth, we must not forget to educate their hearts.” It is about kindling a flame, not merely filling a vessel. Understanding this truth is critical to the ability to make ordinary individuals accomplish extraordinary things.