In Search Of Fascism 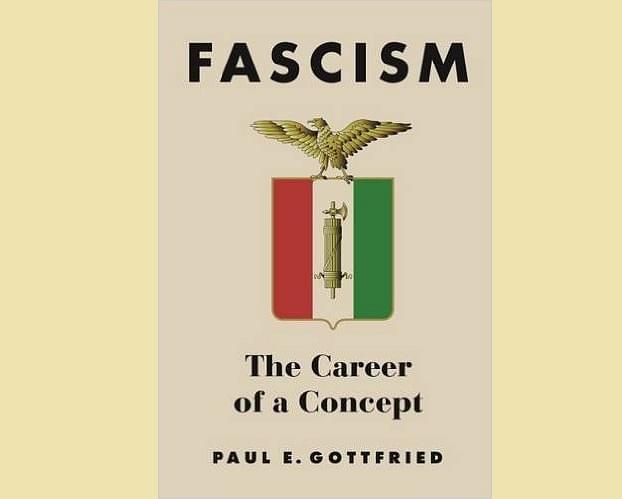 The term “fascism” is employed with such regular enthusiasm by everyone from political activists to celebrities and academics that our pundits could be forgiven for assuming that fascists lurk behind every corner and at every level of government. MSNBC host Keith Olbermann accused the Bush administration of fascism. Thomas Sowell has called President Obama a fascist. A quick online search yields accusations that Donald Trump and Hillary Clinton are fascists. The term “Islamofascism” circulates widely, and groups as dissimilar as campus Social Justice Warriors and the leaders of the National Rifle Association have been dubbed fascist.

It’s clear why fanatics or dogmatists would label their opponents with the f-word: rhetorical play scores political points. But is there ever any truth behind the label?

Paul Gottfried enters the semantic fray with a clarifying and elucidating new book, Fascism: The Career of a Concept. His study is not based on new archival finds. It’s not narrative history. It’s instead a comparative study of different treatments of fascism in which Gottfried discloses his preferred methodologies and favourite historians. Despite the prevalence of allegations of fascism, Gottfried submits that the only indisputable example of fascism in practice is Mussolini’s interwar Italy.

“This study will examine the semantic twists and turns undergone by the word fascism since the 1930s,” Gottfried explains. “Like other terms that have changed their meaning, such as conservatism and liberalism,” he continues, “fascism has been applied so arbitrarily that it may be difficult to deduce what it means without knowing the mindset of the speaker.”

The term fascism, as it has gained currency in our radio-television lexicon, lacks a clear referent. Its use reveals more about the speaker than about the signified phenomenon: the context in which the term is used can determine the speaker’s place on the left-right spectrum. “Fascism” has become a pejorative and disparaging marker for views a speaker dislikes; it’s a name that relegates the named to pariah status, provoking censorship and shaping basic notions about political figures and policies. “Fascism now stands,” Gottfried says, “for a host of iniquities that progressives, multiculturalists, and libertarians all oppose, even if they offer no single, coherent account of what they’re condemning.”

Gottfried is frustrated by the vagaries and false analogies resulting from the use of “fascism” as rhetorical weaponry. He criticises “intellectuals and publicists” who are nominally antifascist yet “feel no obligation to provide a historically and conceptually delimited definition of their object of hate.”

Tracing the evolution of the meanings and representations of this political ideology in the works of numerous researchers, Gottfried’s study can seem, at times, like an amalgam of book reviews or bibliographical essays—or like several synopses strung together with his own comparative evaluations. Academics more than casual readers will appreciate these efforts to summarise the field, although anyone wishing to acquire a surface-level knowledge of this deep subject will come away edified.

So what exactly is fascism? This question, Gottfried insists, “has sometimes divided scholars and has been asked repeatedly ever since Mussolini’s followers marched on Rome in October 1922.” Gottfried presents several adjectives, mostly gleaned from the work of others, to describe fascism: reactionary, counterrevolutionary, collectivist, authoritarian, corporatist, nationalist, modernising, and protectionist. These words combine to form a unified sense of what fascism is, although we may never settle on a fixed definition because fascism has been linked to movements with various distinct characteristics. For instance, some fascists were Christian (e.g., the Austrian clerics or the Spanish Falange) and some were anti-Christian (e.g., the Nazis). There may be some truth to the “current equation of fascism with what is reactionary, atavistic, and ethnically exclusive,” Gottfried acknowledges, but that is only part of the story.

“The initial momentum for locating fascism on the counterrevolutionary Right,” writes Gottfried, “came from Marxists, who focused on the struggle between fascists and the revolutionary Left and the willingness of owners of forces of production to side with the fascists when faced by revolutionary threats.”

Fascism is not necessarily a creature of the counterrevolutionary right, however. Gottfried maps an alternative tradition that describes fascism as a leftist collectivist ideology. Fascism promoted welfare policies and thrived on revolutionary fervour. In the United States in the 1920s and ’30s, the progressives more than self-identified members of the right celebrated and admired European fascism. FDR praised and imitated Mussolini. Such details seem to substantiate the claim that fascism was intrinsically leftist, at least in the eyes of U.S. citizens who were contemporaries of interwar fascism. But, Gottfried notes, “Fascism drew its strength from the attempt to oppose the Left while taking over some of its defining characteristics.”

Gottfried’s book may not be intended as an antidote for the less rigorous and nakedly polemical Liberal Fascism. Unlike the author of that work, Jonah Goldberg, who seemed genuinely surprised by his discovery of what was in fact a well-documented connection between fascism and the left, Gottfried is characteristically measured and careful as he compares research rather than selectively and pugnaciously repurposing it. Gottfried is taken seriously by those who reject his own paleoconservatism—including those on the left who find his views unpalatable or downright offensive—because he doesn’t smear opponents or resort to knee-jerk, grandiose claims to shock or surprise.

Gottfried concludes that fascism is right-wing after all, not left-wing, even if its concrete manifestations have been more militant than traditional conservatism. Like traditional conservatives, fascists did not believe that government programmes could alter human nature, and they saw little value in the human-rights mantras extolling the individual’s capacity for self-government.

Today the managerial state carries out leftist projects on behalf of equality and diversity, but that was not true for interwar European governments. Fascism was a product of the 20th century in which conservative adoration for aristocratic hierarchy seemed anachronistic and pragmatically useless as a political stratagem. Without an established aristocracy in their way, fascists constructed an artificial hierarchy to control the populace: a mythical and symbolic hierarchy attracted to the aesthetics of high modernism. The interwar fascists coloured brute force with nationalist iconography and aestheticised violence as a cathartic and regenerative force against decadence.

Probably all treatments of “fascism” as a cohesive, homogeneous philosophy held together by likeminded adherents are wrong, incomplete, careless, or dishonest. Gottfried believes that the term “fascism” has undergone unwarranted manipulation since the German historian Ernst Nolte conflated fascism and Nazism in a manner that enabled less astute critics on “the multicultural Left” to justify “their attack on their opponents as Nazis and not simply generic fascists.”

The failure or refusal to distinguish between totalising, exterminatory Nazism and other, less extreme forms of fascism may signal the intentional propagation of a political agenda. Gottfried cautions against such politicisation of history. “History,” he warns, “is of immediate practical interest to political partisans, and this affinity has allowed a contentious activity to be sometimes grossly abused.”

The popular embrace of incorrect or highly contested notions of fascism has generated media sensationalism about an ever-imminent fascist threat that must be eradicated. The media trope of looming fascism has provoked demands for the kinds of censorship and authoritarianism that, ironically, characterise the very fascism that supposedly needs to be eliminated. Gottfried’s study is too particular, nuanced, and multifaceted to be reduced to simple correctives for these mass-media trends. It is, however, a model for the type of work that can earn the right a hearing from more attentive audiences. Critiques of fascism from the right must follow Gottfried’s lead, not Goldberg’s, to attain credibility.

Allen Mendenhall is an assistant attorney general for the state of Alabama and an adjunct professor at Faulkner University and Huntingdon College. Views expressed in this review are his own and do not reflect those of his employer.

Allen Mendenhall is an assistant attorney general for the state of Alabama and an adjunct professor at Faulkner University and Huntingdon College. Views expressed in this review are his own and do not reflect those of his employer.