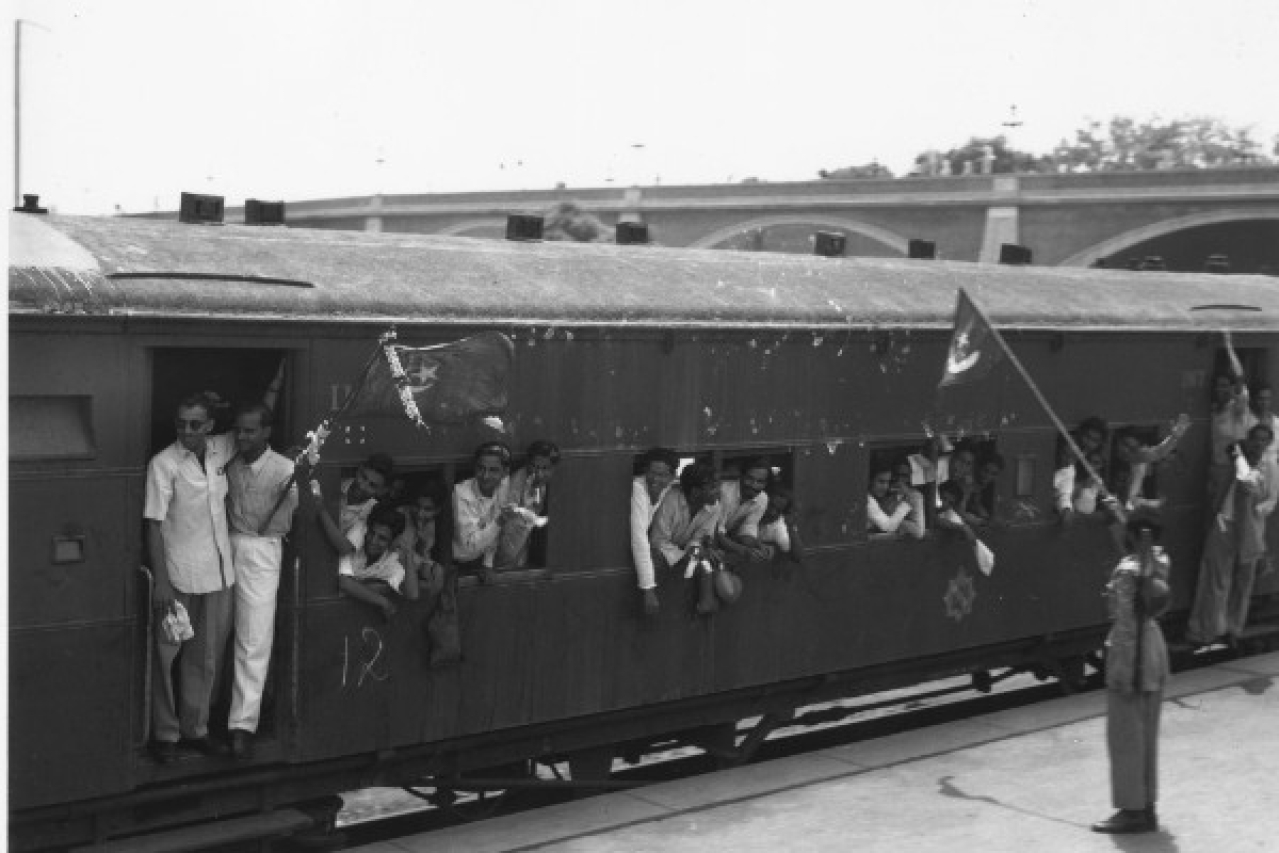 One of 30 special trains leaving New Delhi station, taking the staff of the Pakistan government to Karachi on 7 August 1947. (Keystone Features/GettyImages)

One of the most difficult aspects of conducting research in history in India is the difficulty in obtaining access to official documents. I know this from personal experience when I was working, officially, on the history of the Reserve Bank of India (RBI). There was always reluctance on the part of the authorities to release files and, even though our team did have full support, many files were not handed over. That said, I must also agree that the RBI is one of the most cooperative institutions in this regard.

Not so the Government of India. One of the writers of the second volume of the RBI history told me of the huge problems she faced in getting files from the Finance Ministry. She eventually decided to look for them herself and even climbed a stool to check out the top of a dusty cupboard. There she found one of the most important documents pertaining to the devaluation of 1966!

A joint secretary in the Finance Ministry told me that once he came out of his office and found a pile of files outside his room on the floor. Out of curiosity, he bent down to see what they were about and discovered, to his dismay, that they were about the division of assets between India and Pakistan during 1947-49. He had them sent to the basement so that they would be safe from the monkeys and the pigeons that infested the corridors of the North Block. He says he has no idea what has happened to them since.

It is not easy even at the National Archives, to which, in any case, the ministries transfer files at their own convenience, to get one’s hands on documents. Often, files are never transferred and no one knows what has happened to them. In short, life is not easy for researchers and historians when it comes to government documents. 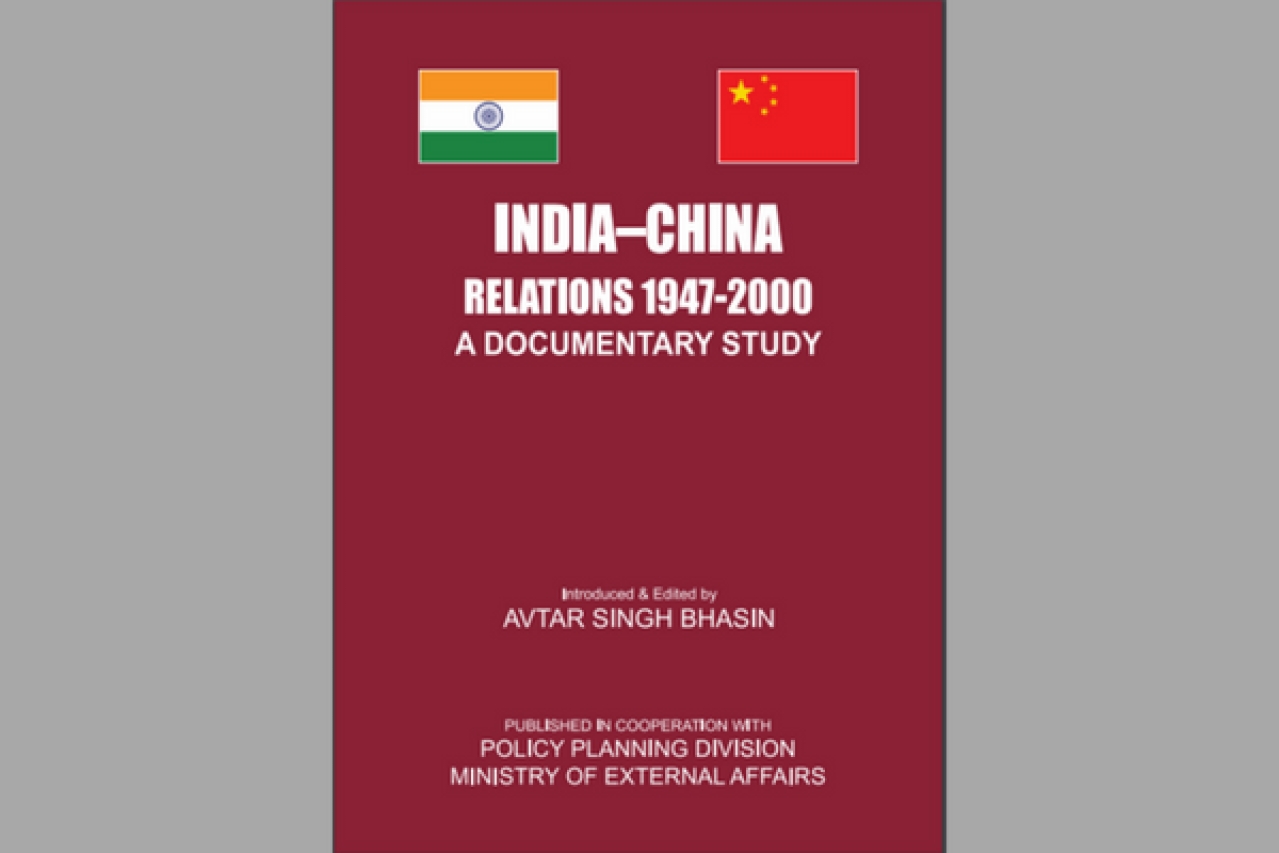 Cover of the book India-China Relations 1947-2000: A Documentary Study

It is in this context that Avtar Singh Bhasin, a savant if ever there was one, looms large. He joined the ministry in 1963 and retired in 1993 after serving both in India and abroad. A former chief archivist of the Ministry of External Affairs, he has taken it upon himself to compile the important documents pertaining to India’s foreign policy since 1947.

Bhasin is an understated man, not given to tooting his own horn. On most days you can find him at the India International Centre in Delhi, working away in the library or listening quietly to his friends while they chat in the lounge. If he notices some false statement, he gently corrects the person. Not to put too fine a point on it, he is your ultimate gentleman scholar. If anyone deserves a Padma Award, it is he.

So far he has done that with regard to India-Bangladesh, India-Pakistan, India-Sri Lanka and so on. And now it is India-China. At the end of Volume 5, there are 300-odd pages of documents regarding India-Nepal-China.

But, unlike in the case of other countries where the ministry was very helpful, he did not get access to its cupboards; he had to rely on private papers now available at the Nehru Memorial Library! He is also the author of other books, notably on the partition. But it is the documents of Indian foreign policy that are his labour of love. So those who are fussy about getting the details of history right, this is the place to come to. There is also the succinct 57-page introduction that sets the stage for what is to follow in the remaining 3,000 pages containing over 2,500 documents.

It is difficult to summarise that much about what really happened, what was said, who said it, when, in what manner, and why, in a short review of this kind. For that, you will have to browse through these volumes. This is because sometimes, hidden in the routine exchanges, is a nugget that forces us to revaluate the popular understanding of the events. One wishes there was an index, but alas, it is not there. You simply have to flip the pages.

One or two caveats are in order. First, China’s government is not just a government; it is the main vehicle for old-fashioned (and therefore) third-rate nationalism. Second, it is probably the most duplicitous and devious government, suffering from a highly enhanced sense of entitlement. Third, although it professes to the contrary, it ultimately subscribes to Mao’s dictum that power comes from the barrel of a gun.

These things should be kept in mind while trying to understand the import of these documents because otherwise it is easy to fall into the trap most Indians fall, namely, that the Chinese are invariably right and we invariably mess up.

For example, it has been fashionable to say that India – Jawaharlal Nehru and then defence minister Krishna Menon, with their ‘forward policy’ on the border – provoked China into attacking India in November 1962. But that impression was created after Neville Maxwell’s book on the India-China war. The official report compiled by General Henderson Brooks has not been made public, but leaked portions suggest the same thing.

That said, these documents presented by Bhasin do show that India was altogether too trusting of China and that the senior levels of the ministry had no real understanding of how the Chinese communist mind worked. They wrote rosy reports which became the foundation of India’s China policy. Maybe they wrote what Nehru wanted to hear. Maybe they were just not up to the job.

Likewise, many experts believe that Mao wanted to renew ‘good’ relations with India as early as 1970 – and said so himself to the Indian charge de affairs Brajesh Mishra – but that it was India which delayed resumption by six years. These volumes provide enough material for a contrary opinion to emerge inasmuch as China doesn’t always come out smelling of roses. In this context, let me say this: since the ministry has opened up its archives, we have no official assessments of what went wrong.

To conclude, I have one suggestion. Taking a leaf out of H M Seervai, who developed one of the chapters from his monumental three-volume Constitution of India, Bhasin should expand his introduction into a full-length book of about 300 pages. He will provide invaluable service to the layperson if he does this. He should do the same thing for India-Pakistan documents also. Unlike other books on these two vital subjects, his will not be a quickie.

Get Swarajya in your inbox everyday. Subscribe here.
Tags:
31 Shares