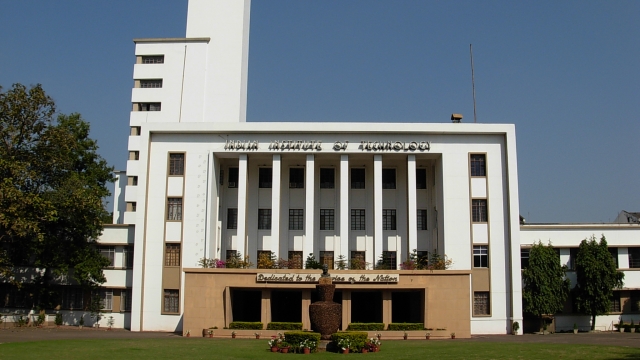 The Cabinet in December 2015 approved the setting up of six new Indian Institutes of Technology (IITs), some at non-metro places like Palakkad, Tirupati and Dharwad.

In the past eight years, the number of IITs have increased from seven to twenty-three, sixteen new institutes. However, the expansion of elite medical colleges has been far more measured - only five new All India Institutes of Medical Sciences (AIIMS) being added to the single existing one in New Delhi.

Why this fetish for IIT? For politicians the IITs make good sense as the middle classes see these institutions a ticket to high paying jobs for their wards. People in the town where the IITs come up, attach a sense of prestige and see them as an avenue of employment. Witness the tug of war going on in Karnataka over which town should have the new IIT.

But this article is not about the debate of new IITs or expanding the existing ones. Nor, does it claim that opening new elite medical colleges is going to reform the poor health care system in the country. The simple point that the article seeks to make is that if the government wants to spend good money in setting up technical institutes, it should rather spend it on new elite medical colleges rather than on IITs.

Of Purposes and End Results

Jawahar Lal Nehru’s IIT dream, at the cost of primary education, was to provide high quality technical education. These institutes will produce top notch engineers and scientists and take India to the frontiers of science and technology. Unfortunately, the IITs have gravitated away from these purposes.

Graduates from IITs are considered to be too smart to do what they were originally taught at IIT. Careers in core engineering domains simply do not pay much. So we now have metallurgical engineers advising corporates instead of metal research, chemical engineers trading derivatives as investment bankers instead of digging into the earth to get oil out cheaply; and civil engineers selling mobile phones through e-commerce instead of building metros and earthquake resistant bridges.

Today, IITs have been reduced to places of “intellectual enlightenment” for bright young people coming from aspirational Indian middle class families. For the employer, the IIT degree merely signals that the individual is smart and hard-working.

If people somehow have a preference of just studying engineering at the undergraduate level and then taking up managerial jobs, they are entitled to do so. But why do the tax payers need to pay for their education? Various estimates suggest that the annual cost of an IIT B Tech program is Rs 2.5 lakh, while the student pays less than a lakh as fees. That’s a subsidy of more than 60 percent.

But what do doctors coming out of AIIMS do? They are actually subsidised even more. But after studying medicine for more than 8 years of their life, a good majority of them practice medicine professionally, either because the profession pays them more or because they are unemployable in other professions. The option of changing track, so common among IITians, is usually not an option for them. The case for subsidising their education then is much stronger.

On Supply and Demand

India’s doctor-to-population ratio of 1:1200 in 2013 is one of the lowest in the world. Government facilities continue to face a chronic shortage of staff, and India presently has vacancies of over 85% among specialist doctors, for doctors it is 75%, lab technicians is 80% and in nursing posts it is almost 53%. Any unconnected person, who has applied to get admitted to AIIMS, New Delhi would know of the shortage of quality tertiary health care in India at affordable rates.

In the medical profession, a simple MBBS does not suffice. But postgraduate seats are too few compared to undergraduate seats. For the MBBS graduates, getting a post-graduate seat at a government college becomes another rat race. The private sector is lukewarm to invest and come up with facilities for postgraduate education. The restrictive rules of the Medical Council of India (MCI) don’t help either. The AIIMS being highly specialised medical colleges are expected to correct this anomaly.

During the 1960s and 70s, IIT Kharagpur was a preferred choice among people who were able to crack the IIT entrance examination. In the 1980s and 1990s, IIT Kanpur, considered to be of higher academic pedigree, became a more preferred choice. But today, it’s the metro IITs, the ones at Bombay and Delhi, which are winning hands down in terms of attracting talent – both students and faculty.

For students, the reason is placements; marquee firms prefer going to metros directly connected to airports rather than to campuses in Kharagpur and Roorkee which are days of travel away.

But doctors can operate in any part of the country. The government often comes up with rules to force doctors to serve in rural areas. Opening up AIIMS in these remote areas would provide much needed medical care in these areas. With populated rural areas, getting enough patients would also not be a problem. In fact, with people coming to the AIIMS hospital from the nearby areas, the village economy will receive a fillip.

Another problem that the non-metro IITs face today is getting quality faculty. Unlike in the 1960s and 1970s, today both spouses work and so it is important for the faculty member to ensure that his/her spouse finds a work as per his/her abilities in the same city. Then, good quality schools are another necessity for faculty member’s children. Again, Mumbai and Delhi win by a huge margin.

One can then imagine the problems that new IITs in Jodhpur, Ropar, Mandi and Dharwad will face. Already, students prefer quality private colleges like BITS Pilani and IIIT-Hyderabad rather than the new IITs. That’s why after the opening of new IITs, the Joint Entrance Exam (JEE) counselling system became multiple rounds rather than single round as previously.

But this again would not just be a problem for the new AIIMS, even those located in remote areas. Guess which is the most endogamous profession in India today? IAS officers might very well be the answer but the sample size in that case would be too small. It’s the doctors who tend to marry doctors. So finding a job for doctor spouse of a doctor would not be a problem for the AIIMS hospital.

Medical education, the way it has evolved in India, requires far greater capital investment than what private entities can generally muster. The reason Indian doctors are valued abroad is that public colleges are attached to large hospitals and the students gets hands-on training. Unlike in engineering education, the margin of error in medical education is low.

The expenditure on laboratory equipment in engineering colleges is much smaller. That’s one reason the private sector has got into engineering education in a big way rather than medical education.

But the same does not hold if he is not able to make it through the medical entrance exam. Capitation fees today in case of a private medical college would be upward of Rs 50 lakh – a sum simply unaffordable for the middle class. If the child errs in his teens, he/she probably will never be able to become a doctor in his/her lifetime.

For the cynical populist politician, the above arguments probably doesn’t matter. Smart as they are, they have something to gain by rooting for AIIMS rather than IITs. For the local populace which associates development and jobs with elite institutions, it does not matter whether it is an IIT or an AIIMS. It’s just that ‘IIT’ is much more embedded into our lexicon than ‘AIIMS’. If communicated well, locals may well support opening a hospital which provides good health care rather than a reclusive engineering college which only gives jobs.