Red Roulette: Inside The Dirty Political Alleys Of An Emerging China 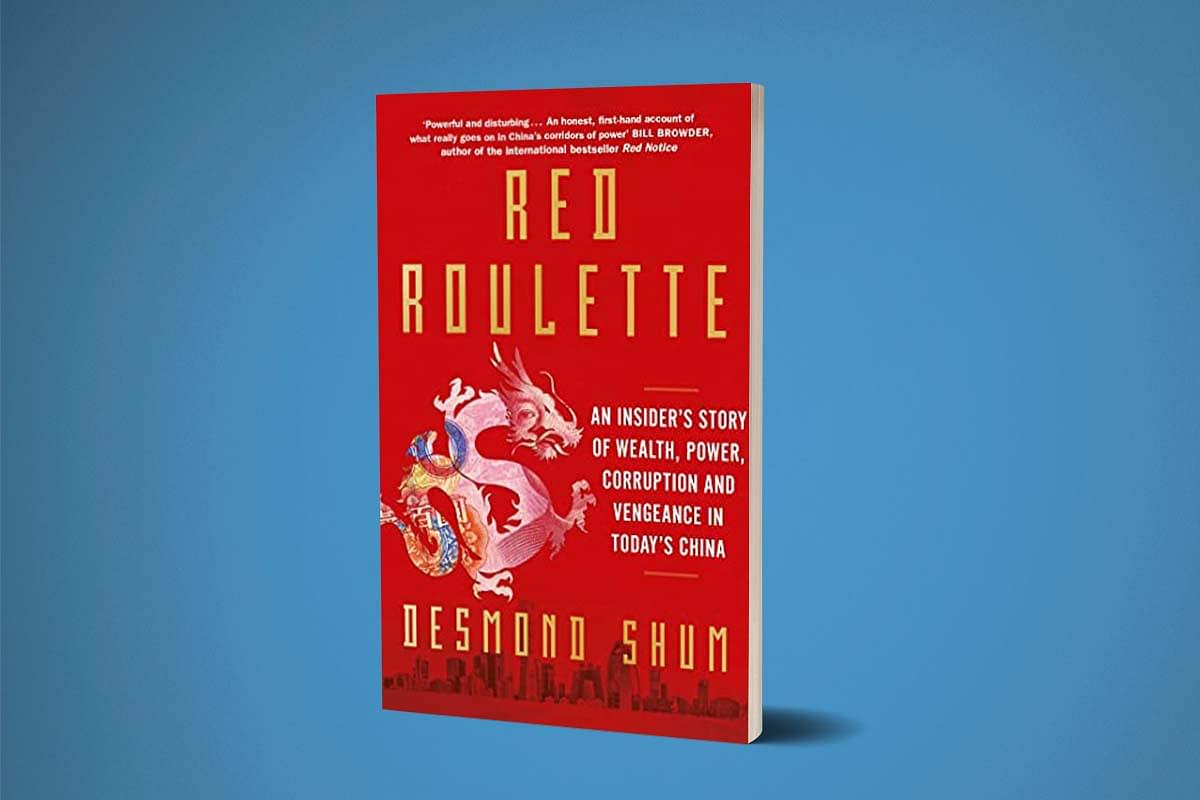 Red Roulette begins where most stories end in President Xi Jinping’s China — an unexplained disappearance. The author, Desmond Shum, opens the book talking about his former wife, Whitney Duan, aged 50, who was last seen in Beijing in September 2017.

In an alternative universe, Red Roulette could have been a feature film or a Netflix series about a couple with humble beginnings, toiling their way through a China opening up to the world, and losing themselves in the maze of unprecedented success, only to be consumed by the dragon they were in bed with once upon a time.

Desmond Shum’s Red Roulette is an editorial buffet about China breaking the shackles of Mao Zedong’s inherited communism. Beyond China’s growth story, the book dives into the dirty political alleys where business meets politics and private sector meets the politburo.

The book touches upon some interesting aspects, especially how hard it was for private businesses in China to invite investments domestically and internationally.

Today, as global investments in both equities and bonds in China exceed 4 trillion yuan each, it is, perhaps, difficult to imagine a time when the mainland was not an investment haven. For instance, against a billion-odd internet users today, the book traces the journey of the private sector from 1994, when the internet first came to China.

For a long period of time after 1949, people in China had no taste for real estate investments and assets, luxury goods, and money. The state was the essential caretaker, rationing was routine, and private businesses were as feared as dark magic.

Red Roulette touches upon the impact of reforms of Deng Xiaoping, which ushered a new private sector revolution in China.

The private sector revolution ushered in the age of corruption in China as well — one Xi would take on after 2012. A booming real estate sector resulted in party officials allotting lucrative patches of land to their friends and families.

Party connections were employed to target civilians and businesses, but this did not stop the growth engine that roared through the decades of the 1990s, 2000s, and 2010s.

There are many parallels between a China shackled by Mao’s communism and an India burdened by Nehru’s socialism. As was the case in the 1980s and the 1990s in India, it took months and often a bribe or a recommendation of someone in the party for families to get a landline connection.

However, in China, this lack of telecommunication infrastructure ushered in a pager revolution, fuelled by the private sector. Around 1995, there were more than 100 million pager users in China, serving as a testament to the first-movers of what the internet could achieve in a nation of 1.4 billion people.

Red Roulette becomes a page-turner when the story revolves around the lobbying of the author’s wife, Duan, on behalf the wife of Wen Jiabao, referred to as Auntie Zhang. Wen Jiabao was the Vice-Premier of China from 1998 to 2003 and the Premier between 2003 and 2013.

The author, in many ways and various points in the book, stresses on the importance of Guanxi to get work done in China.

To put it simply, Guanxi is political networking on steroids. In a country obsessed with status, symbolism, and strength, the Guanxi was the difference between a private company making it big or disappearing overnight.

The author narrates how the protagonist of the book, his wife Whitney Duan, employed their network to get everything done, from something as trivial as a car number plate to an approval for an infrastructure project, from owning artwork from around the world to find a way into the elite circles, to circling around the world for private jets with all the key players, including the founder of the Evergrande group, to party away from the eyes of the CCP.

The story of Beijing airport, the project taken up by Shum and Duan, is particularly interesting, for the political roadblocks and bureaucratic hurdles it hits is essentially the story of the CCP curbing private corporations or employing them to get their dirty work done.

For instance, to get one of the many clearances for the international airport, Shum and Duan had to appease one of the Customs officials of the CCP with a new building and a working area for 300 people.

This was not it, for the new customs building was to also have an indoor gym, regulation-size badminton and basketball courts, a two-hundred-seat theatre, a dormitory with four-star equivalent rooms, a karaoke bar, private rooms for senior officials, and a lobby two stories high.

However, the author also confesses to using the connections within the CCP, especially with the wife of then premier Wen Jiabao for securing loans from state-backed financial institutions. Thus, the entire Guanxi operated on trading favours for short-term and long-term returns.

The Guanxi derived importance in an emerging China because of the gray that existed between legislation and implementation of law. There was no clarity for private corporations, beginning to test the waters of the biggest untapped market of the world, fearing a crackdown not only from the bureaucracy but also from the party.

Thus, the journey undertaken by Shum and Duan with Auntie Zhang (Wen Jiabao’s wife) dwells around how connections within the CCP not only gave any private organisation a free pass, but also insulated them from the whip of the party.

Red Roulette is an important book to understand the China of today. From Evergrande to Tencent, every company’s founder or CEO was once the blue-eyed professional of the CCP. Most private companies that fuelled the rise of China and consequently the CCP, were consumed by the latter, as is evident by the crackdown spree in the last 12 months.

Yet, Red Roulette is not the story of China, but one of the millions of stories that make China what it is today. It's not the best book you will find on China, but definitely one that should find a place in one's library.

The book is an essential reading to realise the one simple lesson that dictates the fate of private corporations in China — The CCP, eventually, will get to you.