Un-veil-ing The Beauty Of Murugan 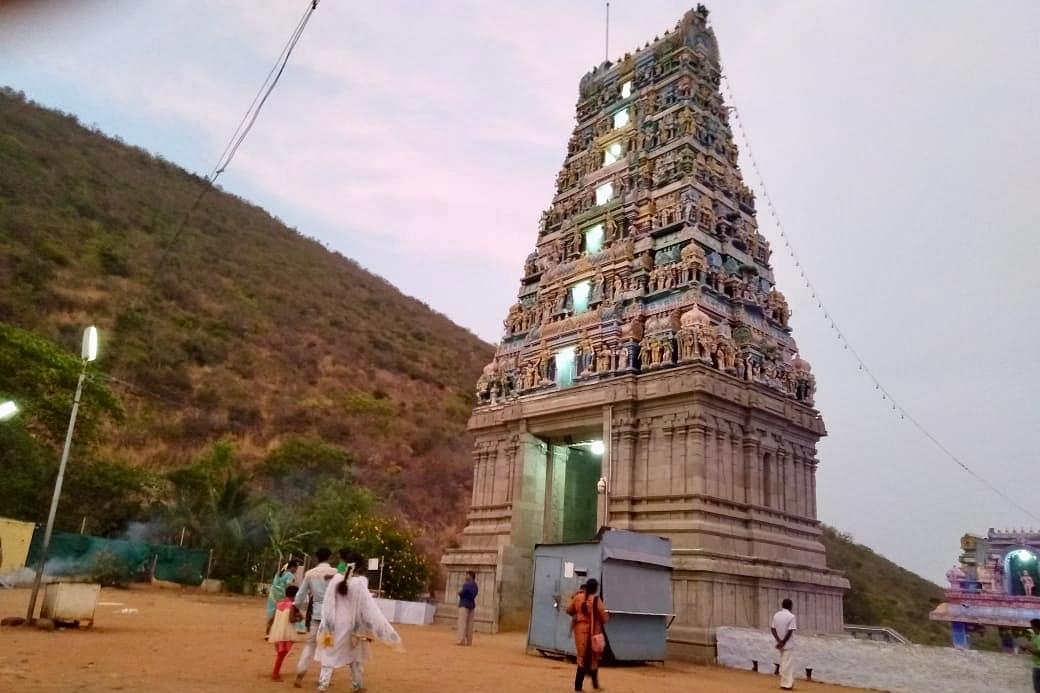 The world knows U.Ve. Swaminatha Iyer to a large extent. He was the one who searched for the lost Tamizh works of the Sangam era. But not that much known about Va.Su. Chengalvaraya Pillai. His father was a clerk in a Chidambaram court who commenced the search for the lost manuscripts of Thirupukazh - the musical, mystical hymns on Murugan by Arunagirinatha Swamigal. And, Va.Su. Chengalvaraya Pillai continued the work.

We today owe to this father-son duo the existence of Thirupukazh. The meeting of Chengalvaraya Pillai with U.Ve.Swaminatha Iyer in January 1942, when the latter was nearing his end, is quite famous in Tamizh literary circles. Pillai touched reverentially the feet of Iyer with his head and exclaimed, that he should have done Punya to touch with his head the feet that roamed Tamil Nadu searching for the lost manuscripts of the Sangam era. When he got up, the ailing Iyer got hold of the hands of Pillai and reverentially applied his eyes over them saying he too should have done equal Punya to venerate the hands which brought for the first time into print Thirupukazh after the painstaking work of collecting the manuscripts and identifying the correct versions.

The same culture of love for Tamizh and devotion as well as dedication to the Divine, shine in the book under review, ‘Murugan The Embodiment of Beauty and Valour’ (Universal Publishing, 2016) by Dr. R. Ramaseshan and Ra. Krishnan - the Valayapettai brothers. Dr. Ramaseshan has passed into eternity. His love and mastery of Periya Puranam earned him the title ‘Sekkizhar Dasan’ from Kuntrakudi Adigalar. His Ph.D itself was on the iconographic dimensions of Murugan as revealed in the works of Arunagirinathar. His brother Ra. Krishnan, who is by profession an auditor, is also an authority on Thirupukazh.

The roots of the present book lay in the Ph.D thesis of Dr. Ramaseshan in 1987. However, unfortunately, in the same year he passed away. In 1988, the book Iconography of Murugan got published in English. The present book uses material from this book and also has two new chapters which are very important in the present context in Tamil Nadu. One chapter deals with Murugan-related festivals and temples in Tamil Nadu and another studies the spread and antiquity of Murugan worship in North India.

In 167 pages, the authors take the reader on a pilgrimage into the Puranic, symbolic, iconographic, literary and social dimensions of Murugan worship. The book is filled with colorful calendar art representations of Murugan and exquisite sacred bronze forms and sculptures from temples.

The highlight of the book is the detailed description with photos wherever possible and beautiful drawings where photos cannot be had, of about thirty two forms of Murugan worshipped in various temples throughout Tamil Nadu. Some of these forms are really unique and exquisitely beautiful. There is, for example, Murugan with a lion as His mount. Here, the form is Saravanabhava and the form adheres to the definition of Saravanabhava given in Sri Tatva Nithi, an ancient text, which talks of him as having one head and six hands atop a lion, and armed with a sugarcane bow and flower arrows. A full page photo of Chennimalai (Erode district) Murugan sculpture fitting this description is produced in the book along with a description.

Another beautiful form brought out in the book is the Agni Jhatha Subramaniya. Here, Murugan takes the characteristics of Vedic Agni. The parallels between Agni and Skanda belong to a very ancient Hindu past. The continuity is striking. The author discussing this particular form here underscores the depiction of Murugan as having among his six faces one face that accepts the Yagna that adheres to Mantric rules. In the Sri Tatva Nithi, Murugan is described as being seated.

In the southern district of Tirunelveli at Thirukkurungudi, the Agni Jhathar form is shown seated and interestingly the goat is also shown. The goat or the lamb is associated with Agni. In the Tamil Nadu Saivaite world, Kantha Puranam, written by Kachiappa Sivachariar (8th century CE) is famous. It speaks of how a lamb that arose out of the sacrificial fire became aggressive and threatened to overtake the world and harm all the cultures and spiritual traditions.

Murugan tamed this aggressive lamb and made it His mount. Kirupananda Variyar Swamigal (1906-1993), a Tamizh-Sanskrit scholar and a devotee of Murugan, had also pointed out the Agni aspect of Murugan.

There has been of late in Tamil Nadu a movement that claims Murugan to be an ancestral and ethnic deity worshipped only by Tamils. It is true in Tamil Nadu, Murugan is a beloved God of Tamils, so much so that He is considered the Tamil Deity (Tamizh Kadavul). But at the same time, every Tamizh devotional literature emphasizes the fact that Murugan is the unborn Principle of Non-Dual Consciousness that is Siva Himself. The charlatan Tamizh movement using the presently prevalent cultural illiteracy of Tamil youths and yet the still glowing love they have for Murugan try to project Murugan as an exclusive ancestral ethnic deity of Tamils.

This book provides a good antidote for this malaise. There is a complete chapter showing the sculptures of Murugan from various parts of India which were worshipped in temples prior to Islamic invasions which are now housed in various museums. Clearly, the invasions faced by the north had most of the temples destroyed. The book also has a collective picture of all ancient coins with Skanda (coins from Yaudeya republic or Gana-raj and coins of Gupta period). The book also includes the uncovering of a Sangam-age Murugan temple during the 2004 Tsunami, which was identified by Dr. Sathyamurthi, the famous Archaeologist.

This book is a must for everyone who wants to feel the vibrancy of the Murugan tradition in Tamil Nadu and to understand how this spiritual tradition comes from the very beginning of Hindu history and continues in its bloom to this day.