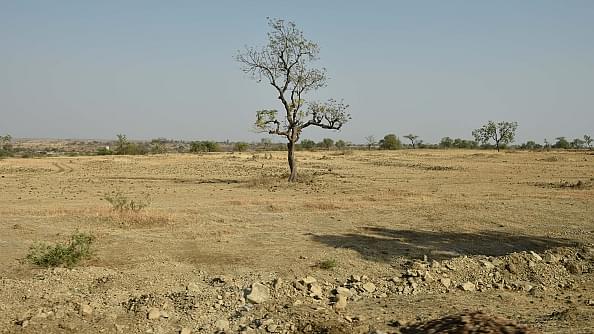 Some people have been calling the scarcity in drinking water in Latur a result of two consecutive droughts. This is not true. This article will show why such a claim is not entirely correct.

The drought situation in Maharashtra is serious. The state has officially declared more than half its villages drought affected. Media is replete with many competing stories about how people are suffering with little water.

Firstly, the cropping pattern and the choice of the crop. Sugarcane is about 7 percent of Maharashtra’s agricultural produce, but it consumes 700 times more water than other crops. Let us dwell on another fact. In Marathwada, out of 10.5 lakh hectare irrigation potential only 4.5 lakh hectare is irrigated area. Nearly 2.5 lakh hectare of this land is used for sugarcane. Further, when there is no water in the reservoir, all sugarcane is dependent on ground water. If status quo continues than situation will turn worse.

Then, the inability to initiate a regulatory environment for efficient water governance is the next culprit. The state has Maharashtra Irrigation Act 1976 to regulate water governance, but unfortunately no rules have been framed in the last 40 years.

The crisis in Marathwada

Though, it is true that five years of excessive drought and occasional hail storm has taken a toll on Marathwada, in particular Latur. However, malafide or lopsided policies in the distribution of water resources is to be blamed.

As per research by a prominent water activist Vijay Diwan, 100 litre of water per person per day is needed in Latur. This roughly amounts to 50 MLitre/day. Going back to government data, it needs to be pointed that Dhanegar reservoir was selected as a permanent resource of water.

The storage volume of Dhanegar reservoir is 250 million cubic metres. With this capacity it can easily supply water to Latur for long. However, water which was meant for Latur was supplied to fulfill needs of 50,000 hectare sugar cultivation around Dhanegar. Even today, five big sugar factories suck up to 1,400 litres of water for sugar cultivation everyday from Dhanegar dam. This practice has left Latur thirsty and parched.

To overcome such a situation, we need to promote a system which encourages rainfall crops like pulses and oilseeds. This will also save thousands of crores of foreign exchange spent on importing them.

To change political economy in favour of pulses (and other rain fed crops that do not absorb so much water) the lobby of factories behind sugarcane promotion needs to be dismantled gradually. To achieve this the administration needs to give procurement guarantee of pulses, more profits to crops other than sugarcane as incentives to move away from sugarcane cultivation. This shift will not be difficult as 85 percent of Maharashtra is rain fed agriculture. The shift towards rain fed can be catalyzed by promoting value addition.

It is to be noted that drinking water needs are not much. Solapur, which is one of the worst drought affected districts in Maharashtra has been able to meet its drinking water needs because of multi-pronged grassroot steps like securing water resources and pipeline extension under the leadership of the district administration. These measures in principle should be attempted in other districts also.

There is a perennial principle in economics that a crisis should not be wasted. Let us learn from our mistakes so that our citizens need not encounter this grave crisis which is endangering their survival in a modern India.