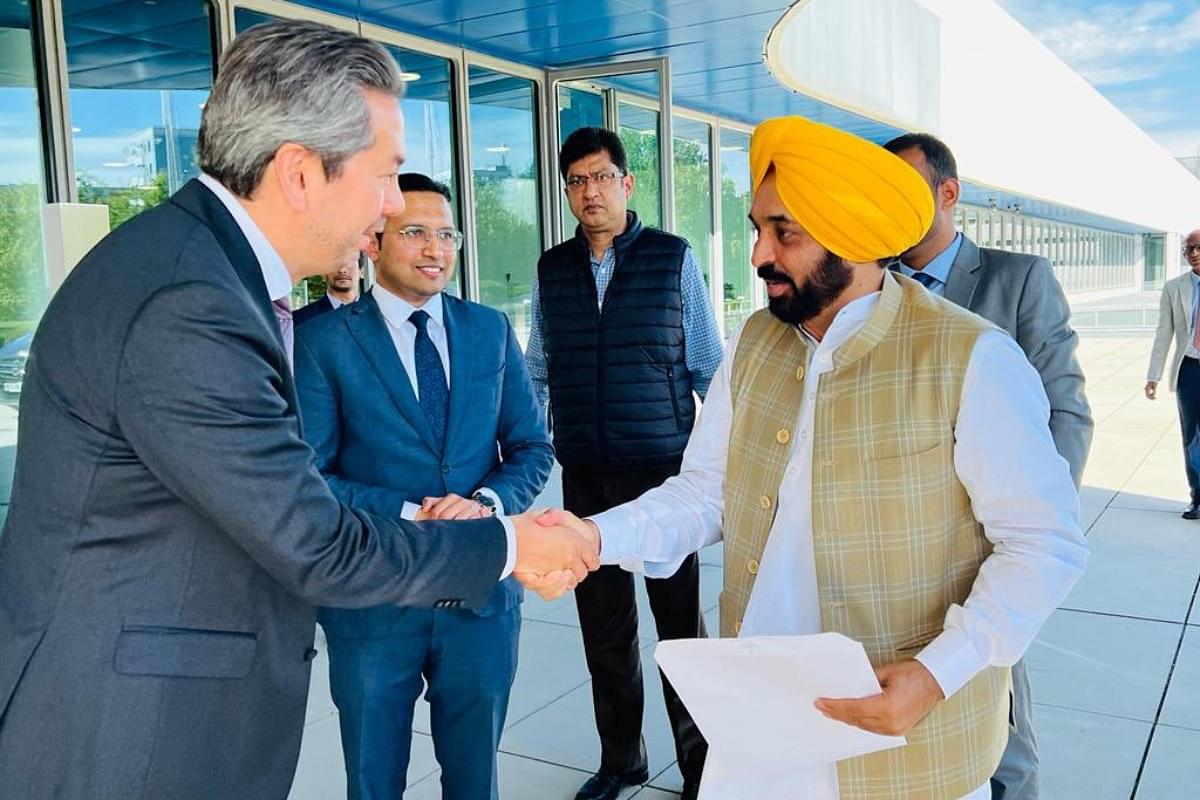 In a major embarrassment for Chief Minister Bhagwant Mann-led Aam Aadmi Party (AAP) government in Punjab, German luxury automaker BMW has said that it has no plans to set up additional manufacturing operations in the state.

The company's statement came a day after the Punjab government claimed that BMW had agreed to set up its auto part manufacturing unit in the state.

A Punjab government release had earlier said that a decision to this effect was taken during the visit of Chief Minister Bhagwant Mann at BMW headquarters in Germany on Tuesday.

Mann is currently on a visit to Germany to attract industrial investments in Punjab.

The development gave an opportunity to the opposition parties to attack the CM and sought his clarification over the matter.

According to a company statement issued on Wednesday (14 September), the company said BMW Group is firmly committed to its Indian operations with its manufacturing plant in Chennai, a parts warehouse in Pune, a training centre in Gurgaon NCR and a well-developed dealer network across major metropolitans of the country.

“BMW Group India has no plans for setting up additional manufacturing operations in Punjab,” said the company statement.

The company stated that with BMW, MINI and Motorrad, the BMW Group has its sight set firmly on the premium sector of the Indian automobile market.

Following the denial by BMW, the opposition parties slammed the CM for making “fake claims”.

“The Bhagwant Mann government is habitual of making fake claims and this development was also one of such examples. Mann has gone on a private trip to Germany rather than seeking fresh investments into Punjab,” said BJP leader Tarun Chugh.

Congress leader and leader of Opposition in the Punjab Assembly Partap Singh Bajwa asked the CM to clarify his position.

“BMW has denied setting up of any plant in Punjab as claimed by Chief Minister @BhagwantMann Can the CM clarify his position on this or was he lying to the whole state,” asked Bajwa.

“The Punjab CM @BhagwantMann must immediately bring all facts on record. It is a question of credibility of the office of Hon'ble CM. What compelled the BMW to issue such statement,” said Cheema in a tweet.

Following the attacks by opposition parties , the AAP government in Punjab went on the defensive.

“Chief Minister Bhagwant Mann had met the officials of BMW at their head office in Germany, who had shown interest in setting up a plant in Punjab, after an offer was given by the CM. The head office of a company and their office in a country are different,” AAP chief spokesperson Malwinder Singh Kang was quoted as saying in a report by The Tribune.

In a video message, Kang said that there is a procedure for any agreement and it takes time.